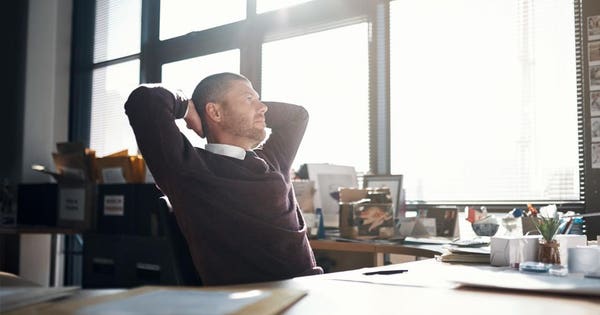 Entrepreneurs expect to run the gauntlet, fending off various kinds of blows from all sides. Yet they can still get blindsided by an unexpected adversary: unproductive self-talk. Kind of ironic, to be honest. The startup founder ready to walk into a boardroom of investors or negotiate deals with clients just can’t get her mind to stop spewing useless prattle.

What is the antidote to this momentum-slaying brain banter? The trick to changing an unhelpful one-way dialogue is to fill your mind with smart advice. That way, all those legacy recordings can be reprogrammed with valuable new insights.

Most successful leaders recommend actively learning from those who came before them to grease the cognitive wheels. Many study advice from luminaries like Richard Branson, Arianna Huffington, and Guy Kawasaki. Occasionally, though, the advice includes reflections that may come off as somewhat disheartening, such as Mark Cuban’s observation that “just because you don’t see it on Google, doesn’t mean 100 companies haven’t gone out of business doing the same thing.”

While Cuban’s comment might sound like the ultimate downer to some folks, smart entrepreneurs learn to move past knee-jerk pessimism and objectively accept the reality of his words. Then they use his honest assessment to stop denying hard truths in their own business.

For instance, someone whose company is tanking has two options. He can avoid the signs, point fingers, and hope things change. Or he can attempt a full-fledged resuscitation effort despite his feelings of embarrassment, discomfort, or shock. Someone who practices constructive self-talk will aim for the latter.

How can you change your inner discourse? Start by adopting the following three phrases and repeat them often.

1. I will do what makes me uncomfortable.

Getting too comfortable creates barriers for entrepreneurs. They stop embracing new opportunities due to fear rather than legitimate business concerns. The more they shield themselves with the known, the lower their risk tolerance becomes. Eventually, they stop moving forward at all, worried about making a mistake.

Instead of coddling the naysaying voices that try to stop you, lean into experiences that put you a bit off-center. When he was asked to present at a conference, Zach Pettet, VP of fintech strategy at nbkc bank, initially felt uneasy. The topic was out of his wheelhouse, yet he still accepted the chance to get in front of others. Why? “If you’re comfortable and totally sure that you can do a thing, it’s unlikely that you’re challenging yourself,” he explains. “Some of the most rewarding moments of my life have come directly after I’ve done something that I wasn’t sure if I could do.”

2. I will look for solutions, not someone to blame.

When something goes wrong, do you look for a culprit? Though understandable, it is a losing proposition that merely wastes time and fosters ill will. As Henry Ford reportedly advised, “Don’t find fault, find a remedy.”

The next time a problem arises, address it head-on. First, get a full view of what has happened, how it affects your company, and other fallout factors. Then ask yourself how you can make everything as close to “right” as possible. By taking ownership, you gain control over the situation. You will have plenty of time later to thoroughly analyze the breakdown of employee protocols, procedures, communications, etc. Even then, seek the root of the problem to prevent a repetition of the error, not to point fingers. Adopt a calm demeanor to help you rise above your biggest challenges, and leave blame in the rearview mirror.

3. I will say no without regret.

A common pattern among entrepreneurs is agreeing to any project or commitment that comes down the pike. However, many so-called opportunities cost too much in the long run. For example, a client may have asked for an all-day get-to-know-you meeting, but it rarely makes sense. It chews up eight hours of your time and theirs and rarely produces real rewards. Saying no is something that helped Steve Jobs succeed. As he once said, “I’m as proud of many of the things we haven’t done as the things we have done. Innovation is saying no to a thousand things.”

Certainly, turning down an idea for a new project or turning away a request can lead to bad feelings if handled poorly. The trick to making a “no” sound polite is to explain your decision in enough detail. Instead of saying that you do not want to join a board of directors, talk about the reasons behind your decision. Being genuine and transparent gives you an aura of strength, which will help you continue to nurture self-supportive habits.

You live with yourself 24/7, so become your most reasonable, positive advocate. Switch the dial on your self-talk from sabotaging to supporting. You may be surprised at how quickly you see a difference.