Serebral360° found a great read by Forbes – Entrepreneurs article, “4 Ways To Make Sure You Keep Your Resolutions.” 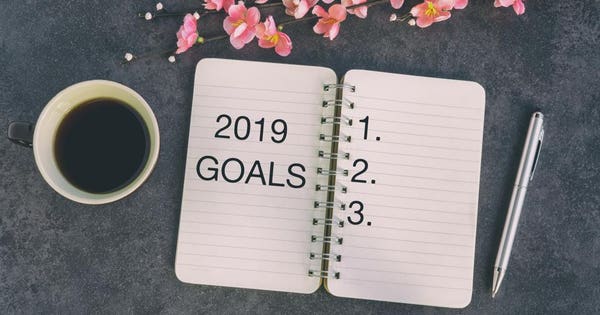 While many of us resolve to make positive changes in our lives in the new year, both big and small, some research suggests that only 8% of people are successful at keeping their resolutions.

In a recent episode of The Mentors Podcast, we decided to dive into some of the simple changes that people can make to increase the likelihood of maintaining their goals for a year and even longer.

1) Have A Big Dream, But Make Your Resolution Achievable

Gary Vaynerchuk has been vocal about his goal of owning the New York Jets for some time now, but he’s also very clear about the day to day and week to week work that he has to put in to get closer to that dream.

The importance of a dream is that it keeps you excited enough to wake up every morning and execute on your plan, and sometimes it’s the only thing that pushes you during the difficult times. But defining your big dream alone is not enough to successfully achieve it. In fact, you’re more likely to abandon your dream if gratification from success is too far out.

Instead, define a concrete, quantifiable goal that you know is possible to achieve, so that you can measure progress more frequently. The closer you get to your outcome, the easier it is to keep at it.

Whether your dream is to get fit, become a successful entrepreneur, or master meditation, keep your big dream in sight, but figure out what the most critical things are for you to achieve this year, and work your way back to monthly milestones.

The feeling of accountability is something that happens when we’re too embarrassed to have to tell someone that we gave up on what we committed to doing.

Use that to your advantage.

You only need to find one person whose opinion you respect, that you can check in with once a month on your progress, and that can be enough to keep you motivated to have results consistently.

Once you start making real progress on your goal, you may find it helpful to create additional accountability by stating your resolution more publicly, via social media, an email blast or a blog post. The reason to wait until you have some traction for a more public announcement is that people are much more inspired by seeing results rather than just ideas. The more you inspire people the more likely they are to encourage you on your way, helping make the hard work a little bit easier.

Eventually you won’t need anyone’s encouragement but your own in order to keep moving forward, but the commitment that outside accountability can inspire in you can be critical in the early days.

3) Don’t Do Things That Are Easy To Quit

It’s easy to be excited by something when you don’t yet know how hard it’s going to be.

One of the biggest reasons people give up on their pursuits, is because their goal is too big with too many unknowns. The more you get discouraged, the easier it is to find reasons to stop working on something.

Instead, focus on things that you know you can execute on immediately based on your knowledge and abilities.

When the founder of Spanx, Sara Blakely, was dreaming up an idea for a better undergarment, she had no experience in producing such a product. So the very first thing that she did was to cut out the feet from her pantyhose, and the first version of her product was born.

Though eventually she had to find a supplier that would design the real product, and she had to spend over a year perfecting it before getting her first sale, that initial, functional version she made in her apartment got her excited enough to show it to her friends, and work toward getting the idea off the ground.

Starting with steps that are the easiest to take can help you reach momentum quickly, and give you the early validation you need to keep going.

In a recent episode of the Tim Ferriss podcast, Scott Belzky talked about how he got past the “messy middle” of bootstrapping his startup, Behance, for 5 years without funding, before ultimately selling it to Adobe for hundreds of millions of dollars.

Scott talks about the importance of celebrating wins with his team along the way to keep people motivated by the short term progress they were making.

One way to create wins is by rewarding yourself for certain accomplishments. You’ll be surprised at how easy it is to trick your brain into playing along when you make work more of a game for yourself.

Whether it’s going out to eat at your favorite restaurant when you reach a big milestone, or listening to your favorite soundtrack when you’ve been making good progress, giving yourself a reward helps program you to become more consistent with your output.

When we set resolutions for the year, there’s a powerful energy and excitement about the prospect of becoming a better version of ourselves. Help yourself keep that excitement going by deciding exactly where you want to go, and what achievable steps you’re going to take to get there.