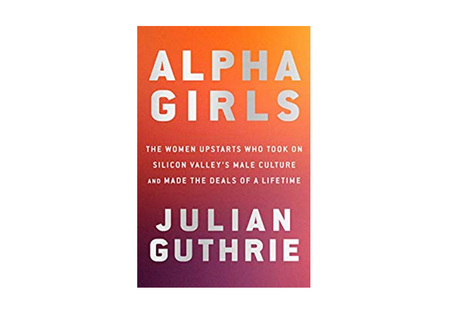 Venture capital is one of the most amazing drivers of growth in the US. It has helped to propel iconic companies like Apple, Facebook, Amazon.com and Uber.

But of course, the VC industry is not without its faults. Perhaps the most egregious is the so-called “bro” culture. If you take a look at VC websites, you’ll notice that most partners are white males. It’s really that simple.

“Progress isn’t happening fast enough and credit in Silicon Valley still flows disproportionately to men,” said Judy Loehr, who is the founder of Bayla Ventures and one of the early product managers at Salesforce.com.

But there is a silver lining – that is, there has been more and more exposure of the culture and this is leading to some change. A good example of this is an excellent book from Julian Guthrie, Alpha Girls: The Women Upstarts Who Took On Silicon Valley’s Male Culture and Made the Deals of a Lifetime. It is a story of the success and struggles of four top VCs: Mary Jane (MJ) Elmore (she was one of the first partners of a VC firm), Sonja Hoel, Magdalena Yeşil and Theresia Gouw.

Often they were the only women in the room. But they certainly made a huge difference. Keep in mind that these four women were instrumental in funding companies like Salesforce.com, Facebook and Trulia.

Now some of the stories in the book are downright horrific. When Magdalena worked at AMD in the 1980s, she was at a sales meeting that had topless women as entertainment … who engaged in sex acts!

Even though speaking up could have easily led to her swift termination, she went to the CEO, Jerry Sanders, and confronted him directly.

Yet many of the other examples in the book are subtle and nuanced. It’s really about the culture where expectations for men are often so much different than for women.

Given all these engaging stories, it should be no surprise that the “Alpha Girls” book was the subject of a bidding war for the film and TV rights. Welle Entertainment won out against Amazon, Universal, Brett Ratner and Smokehouse.

But for the most part, “Alpha Girls” fills an important part of the history of Silicon Valley, which has been mostly ignored. This has also provided a way to impart critical lessons, which often take years to evolve and realize. As MJ has noted so eloquently: “Don’t be a martyr; be more selfish about your own needs; keep your foot in the door of a job you love; and whatever you do, don’t leave to make someone else happy.”

Tom (@ttaulli) is the author of the upcoming book, Artificial Intelligence Basics: A Non-Technical Introduction.