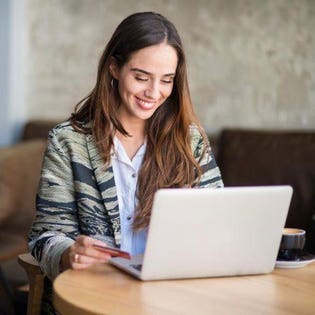 The world of media and entertainment used to be pretty simple. Warner Bros. would release the most recent Batman movie, which you would watch at your local movie theatre. Hasbro would ship some action figures to McDonald’s and Toys R Us, and everyone was happy.

While Netflix was the first major brand to draw blood with a meaningful subscription-based streaming model, a series of alliances and acquisitions have followed suit. In Hollywood, Cupertino and Seattle, there are some unusual bedfellows and combinations that have upset the apple cart. The Academy of Motion Picture Arts and Sciences even received a letter from the U.S. Department of Justice implying that any effort to exclude Netflix from the Oscars would draw the ire of the Feds. Game on.

The lines of media, entertainment, video, social media and gaming have blurred. A race for content and distribution has become a battle royale as companies like Amazon attempt to extend beyond e-commerce, and Google transitions from its origins in advertising revenue. Thus, the content war is well underway.

AT&T’s acquisition of Time Warner (now Warner Media) was the first domino to fall. AT&T brings 370 million customers to the party, and a pipe that includes its powerful dish, wireless and cable infrastructure.

Not to be outdone, Apple’s unveiling of services including Apple TV Plus featured Oprah Winfrey and Steven Spielberg, sending shockwaves from Wall Street to Hollywood. Its unique service bundle includes iTunes and Apple News, integrated with Apple’s powerful iPhone, iPad and Mac franchises.

Netflix has millions of subscribers, hundreds of original shows and it also released dozens of its own movies in 2018. Not only did Netflix innovate with “binge-worthy” television, but it also led the way with product placement and personalized channel content from documentaries to LGBTQ movies. As the originator, Netflix has a clear first-mover advantage and a 12-year head start on perfecting the model, including algorithms that measure consumer preferences and behaviors.

Amazon’s value proposition has migrated to Prime, the hub of all its activity. Amazon will lever Prime as the key to the castle, requiring other providers to rent space on its platform. Amazon’s ability to bundle content with everything from books to toilet paper sets it apart from every other provider.

Disney’s platform is rich in immersive experiences including its theme parks, which are now augmented with media such as Hulu and ESPN. Disney has created something of a consumer content life cycle, providing content from Disney+ for families to Hulu and ESPN for college students sitting on the couch binging cheap beer and Ruffles.

Sony has extensive video game and music assets from Khalid to Miley Cyrus and will try to position PlayStation as the center of the universe (albeit to a different crowd of consumers).

Within this battle for our attention there are numerous implications for a newly-shaped media and entertainment ecosystem. Studios have different motives for creating content based on their perch and channel identity. Amazon can use content as a loss leader to drive traffic to its numerous profit centers. Netflix has tried to keep expenses in check through its cost-plus model, but all the new competition is driving up production costs. Costs for creating content are spiraling out of control, with many series costing $5 million or more for a 30-minute episode.

The digital mashup has taken on a new form in media and entertainment, and more unique business combinations are expected. One would expect that at some point these companies will draw even more attention from federal regulators, as they control what we see and the networks and devices on which we consume content.

Just one question — with so much content available to us in real time, how come I can never find anything to watch?