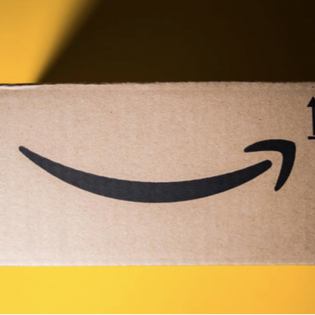 ‘Amazon Primed’ is a short recap of the larger stories that dominated the headlines this week surrounding everyone’s favourite cardboard abuser, Amazon. Subscribe to ‘What Did Amazon Do This Week‘ if you want the full, deep look at what Amazon is doing every week, called ‘Obsessive…in the very best way.’ Head over to www.whatdidamazondothisweek.com for more details.

Hot off the presses, the FTC and DOJ have reached an agreement to divvy up antitrust oversight of Google and Amazon, putting Amazon under FTC’s watch and Google under DOJ’s, but this is not the biggest Amazon news of the week. Amazon and ad-server company, Sizmek share a lot of customers so the move isn’t surprising but Amazon is buying a chunk of the bankrupt company in a bid to challenge Google and Facebook. The move means Amazon will get paid to drive traffic to its own site and has significant implications for both marketers, Facebook and in particular Google:

The company added that the Sizmek products will be operated separately from Amazon Advertising ‘for the time being.’

While Amazon’s ad revenue is tiny compared to its e-commerce business, it’s expanding quickly — the company’s “other” revenue, which is mostly advertising, grew 34% to $2.7 billion in its most recent quarter. The company is increasingly seen as the most likely challenger to Google and Facebook, the two biggest players in online advertising.

TechCrunch has the full story.

In a stunning display of stakeholder support for facial recognition software and selling it to the highest bidder, Amazon shareholders spectacularly voted down selling the software to organisations like police forces. Congress still has the power and chance to act before this powerful technology is fully out of the bag:

The proposal to ban governments from making use of Rekognition garnered close to 8.3 million votes, but that figure was dwarfed by the 327 million votes placed in opposition. In addition, there were about 5.5 million abstentions.

That means that the idea only garnered 2.4% support.

Boost Mobile, a subsidiary/sub-brand from T-Mobile, may be up for purchase in a bid to make the $26.5 billion mega-merger of Sprint and T-Mobile look benign to regulators. T-Mobile is offering up Boost and Amazon is interested according to FTC execs. While many scoffed (“Batsh!t Crazy“) and saw this as folly (and expensive folly at that), others are saying this could make sense for a more extensive drone play or another service to sell (Amazon already sells phones and, via third-party sellers, prepaid SIM cards) if Amazon acquired rights to some of the wireless spectrum now licensed by the FCC to Sprint or T-Mobile. The move, if successful, could be a warning to Google’s dominance with the Pixel brand (although Analysts seem to think this ship has sailed).

“Amazon may harbor long-term visions of wirelessly piloted delivery drones and driverless delivery vehicles, but the idea that one would want to operate their own proprietary network for such purposes is economically insane,” said Moffett, who has 30 years of experience in the telecom business.

Amazon does lease proprietary undersea cables and long-haul facilities, as do many other companies, but that’s a far cry from operating a full-coverage network, Moffett explained.

“Networks must, out of economic necessity, be open to all comers,” he wrote. So running your own wireless network to gain a competitive advantage in another business, like drone delivery or autonomous delivery trucks, “is a fool’s errand,” he wrote.

Bloomberg has the full story.

Subscribe to ‘What Did Amazon Do This Week‘ if you want the full, deep look at what Amazon is doing every week, called ‘Obsessive…in the very best way.’ Head over to www.whatdidamazondothisweek.com for more details.