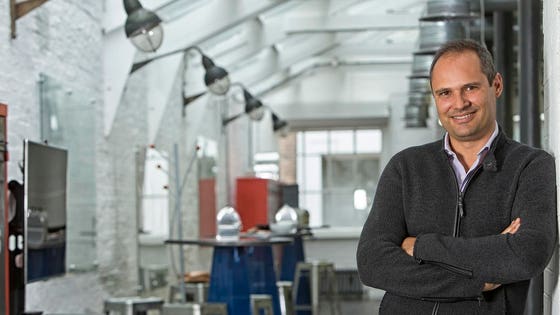 The fund is being launched against the backdrop of a maturing European VC marketplace, with more money is coming on stream to support businesses at Series A and beyond. Until recently, early-stage companies often found that Seed capital was relatively easily available, but when larger sums were required to begin the scale-up process, backers were frustratingly thin on the ground.

But that is changing. A report published earlier this year by equity investment data provider Dealroom.co noted that the value of Series A rounds involving European companies doubled between from $332 to $731 million between 2014 ($332 million) and 2018 ($731 million). And it was a decidedly local – or at least continental industry – with the top 20 investors all based in Europe.

When the report came out, Balderton was named as the most active Series A player. So when I talked to general partner Lars Fjeldsoe-Nielsen I asked him what attracted his firm to this particular investment stage.

“Every VC firm has its own DNA,” he says. “For us,  that’s the Series A Stage in Europe. That’s what we’ve chosen to focus on.”

As Fjeldsoe-Nielsen sees it the Series A stage is the “sweet spot” for building a company. “It is the point at which a business is beginning to gain traction in the market and has an opportunity to scale up.”  So for an investor, the opportunity is there to buy-in at a relatively early stage and reap the rewards of subsequent growth. That’s assuming of course that sufficient numbers of high-quality deals can be found. Balderton aims to complete about 12 fairly substantial investments per year of between $8 and $10 million a year. Rival VCs are probably looking at similar numbers.

But as Fjeldsoe-Nielsen sees it points out, there is a growing opportunity in Europe, with increasing numbers of potential investments on the radar screens of Balderton and its rivals. This, he says, is partly due to a cultural shift on the continent. Launching a startup as now seen as an “acceptable” career move, with early success stories providing inspiration to succeeding generations of founders. “And we’re also seeing increasing numbers of second-time entrepreneurs who have learned how to scale up their companies,”  he adds.

But something else is happening too, he says. In the past, European companies in search of funding have often turned to U.S. investors. That, in turn, ha often meant relocating to North American Hub, notably the Bay Area. “Today people want to stay local,” he asserts.

By that analysis,there is a kind of virtuous circle at work here, in that the emergence of active European VCs with a Series A track record – a list that also includes the likes of IdInvest, Index Ventures and Northzone – is enabling European founders to tap into local funding and stay headquartered in their home countries, while also a presence in the U.S..

A Pathway To Profit

But there is perhaps a caveat. If the approach of Balderton is anything to go by, Europe’s investors will not necessarily support an endless cycle of growth without a clear end game in terms of profitability. “These days the name of game is profitability,” he says.  “Because access to capital has been so cheap, there has been a tendency in the industry to go for growth at any cost. But when we look at investments, we are looking at the pathway to profitability.”

“He cites the example of one investee company in the shape of rapidly expanding e-scooter business Voi. The company raised series A finance 2018, in a deal led by Balderton. This week, it has concluded an $85 million Series B round, led by Vostock Capital and with Balderton’s participation. Voi is continuing to roll out its scooter operations across Europe, but with the aim of bringing the whole operation into profit before long. “Voi is now obsessed with profit,” says Fjeldsoe-Nielsen

So there is a focus on using the new investment to create a more cost-effective operation.

“A key focus for us is to ensure we continue to increase the lifetime of our e-scooters, forge key partnerships and continue to work in those cities which provide the best conditions for a profitable e-scooter business. A key part of that is improving our business unit economics and increasing the lifetime of our scooters. If we achieve that then we should be profitable before any future raises,” said. Fredrik Hjelm, co-founder and CEO of VOI. For its part, Balderton aims to improve the performance of portfolio businesses by encouraging its CEOs to collaborate and share best practice.

“An Eye On The Bottom Line – Balderton Launches $400m Fund With Profit A Priority” | Written By: Trevor Clawson, Contributor / Forbes – Entrepreneurs
November 19, 2019 at 04:24AM
VIEW ARTICLE ON Forbes – Entrepreneurs >> https://www.forbes.com/sites/trevorclawson/2019/11/19/an-eye-on-the-bottom-line-balderton-launches-400m-fund-with-profit-a-priority/