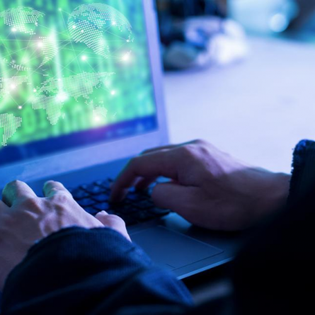 For many blockchain observers, 51% is a loaded number. This is the percentage of computing power necessary to, as the MIT Technology Review recently called it, hack the unhackable.

However, for someone like myself who has been involved in the blockchain industry for a while, such a claim feels like a combination of oversimplification and clickbait. Is 51% the key to hacking blockchains? My answer is this: yes and no.

51% allows you to control a specific blockchain (not “the” blockchain as a technology) depending on its configuration. In other words, it’s not so simple — and like any technology, things are constantly evolving. There are other blockchain consensus algorithms that would require a much higher percentage and some blockchains that have rollback protection, my company being one of them.

The 51% attacking vector works like this: Blockchain data is generally considered immutable because changes to the record must be agreed upon by a majority of nodes. In theory, these nodes are distributed to individual users and systems, so this decentralization creates hurdles to takeover — there is no single point of failure.

Unless an entity manages to gain control over the majority of nodes. In that regard, 51% is the tipping point that allows false data to be approved. A fork is the definition given when a blockchain has a collectively agreed-upon update; at 51%, an entity can control a fork.

This vulnerability has been known in the industry for a while, and it arises from not having a large distributed and independent network of miners. One of the drivers is all the new blockchains popping up, thus spreading the number of miners out there. Another driver is the economic pressures of mining. Depressed prices of crypto make it less economically rational to mine. Governments further exasperate this by banning mining or trading — in doing so, damaging the natural market that crypto was modeled for.

The libertarian Darwinism of the crypto world requires these lesser blockchains to die if they can’t support their ecosystem. Every hard fork breaks the system in half and makes both groups more vulnerable. Even though crypto is often touted as a non-violent means of exchange (compared to fiat currency supported by violent governments), crypto can be just as cruel. Governments are judged by how they protect the most vulnerable within their societies and abroad. On the other hand, I believe that crypto almost relishes the disintermediation of its less sophisticated and vulnerable, treating it like a sport rather than a means of viability. In my experience, this is why funds are often returned: The individuals just wanted to see if they could.

This is also why smart contractors are attached. Platforms like Ethereum and EOS are enabled for smart contracts, allowing the developers to create whatever they envision. This is, theoretically, a good thing, but it comes into conflict with the battle over resources, budget and deadlines. When things are rushed, the code can be buggy and issues can snowball, especially without proper controls built in. In this case, once it’s live on the blockchain, many can’t be unwritten.

Smart contractors offer a way to help maximize quality. Under this level of scrutiny, smart contracts can be undone — and when they contain something of value, the incentive is also there. In the MIT article, the decentralized autonomous organization mentioned stems from an older story; that particular DAO led to the creation of Ethereum and Ethereum Classic, and that latter network is the one that experienced the 51% takeover.

The Next Step In Blockchain Security

What are the options moving forward? The goal for the community is to retain its diversity. The distributed nature of blockchain is ultimately its greatest strength as the platform evolves into more robust capabilities.

Band Together Networks: This model piggybacks the entire hash rate across all networks. My company pioneered this technique because we wanted to run a smaller and leaner node network (increase speed, reduce cost). When designing this model, we understood that it might be vulnerable to a network takeover. To counteract this, we hashed the entire network and placed it in a block of a stronger and more distributed network.

This remains an option for smaller networks, though certain failsafes require preparation and system logic to prevent transaction rollback. Alert exchanges would also be critical as a means to avoid the release of funds if something unexpected is happening on a broader scale. Others band together networks on the market include Chainpoint, which has an open standard for creating a timestamp proof of data, file or system processes.

Proof Of Stake: Another solution may be proof of stake. This method allows more independent nodes as any participant with some of the protocol’s native currency could “stake” it and participate in processing transactions. Proof-of-work systems for a variety of reasons are very resource intensive and these demands limit the number of willing and able participants.

Proof of stake’s cost of staking is markedly less; it’s more democratic and more scalable. All of this combined allows for a more agile defense against a 51% takeover. The EOS system, for example, only has 21 main EOS nodes that produce blocks. This leaves the fate of the network in the hands of a few.

Proof Of History: One further option is the concept of proof of history (or proof of passage of time). A historical record based on timestamps is another way of verifying chain order and transactions. This model is still finding its footing and has not launched yet but it provides a new perspective and another possibility. I’m paying attention to this space and have invested in a system of employing this method.

While it’s not certain which method will be the most effective against the 51% attack — and one possibility is that they are all equally valid, just in different ways — what’s important is that the industry is not taking the risk lightly. With so many minds considering ways to ensure blockchain security across evolving threats, the future of the platform is likely safer than ever before.