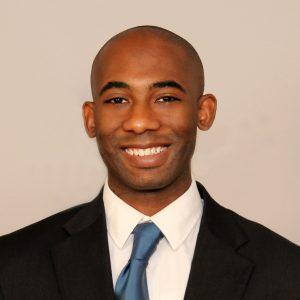 “In 30 years, nine billion people around the world will need clean water and food on a planet that will only be able to adequately supply an amount sufficient for a third of us,” Dr. Ku McMahan, 37, says. Lacking a silver bullet solution, he leads a four-country collaboration called Securing Water for Food.

SWFF, pronounced swiff, is a $35 million partnership among the US Government agency called USAID, the Swedish International Development Cooperation Agency, the Government of South Africa and the Ministry of Foreign Affairs of the Kingdom of the Netherlands.

SWFF makes grants to social entrepreneurs around the world working to help farmers grow more food using less water, to enhance water storage or to improve the use of saline water to produce food.

In each tier, there are three tranches of grant capital available. For the smaller enterprises, the grants start around $100,000 with follow-on grants of $150,000 and $250,000 tied to reaching customized targets.

Oliver Ujah, deputy CEO of SkyFox Services, first learned of the SWFF grants from the Bill and Melinda Gates Foundation. It has received four rounds of capital. He explains the value the international partnership brings. “Aside the grants, SWFF is also supporting awardees with technical assistance aimed at helping the awardees reach their targets or milestones and ensure environmental sustainability. They are also facilitating government partnerships and buy-in into our innovation.”

McMahon describes the selection process as a “‘Shark Tank’ style competition.” From 500 applications received in 2014, only 26 have made it through all the funding rounds to date.

He boasts that the innovations have increased yields by 10 to 15% with some achieving a doubling or even tripling of their yields. As importantly, the effort has saved 17 billion liters of water.

The projects are scattered around the world in countries already threatened by water or food shortages caused by drought or flooding, including Bangladesh, Vietnam, Cambodia, India, South Africa, Uganda, Ghana, and Kenya.

The projects are varied. Ujah’s SkyFox, for instance, uses biofiltered water to grow fish and then uses that water to grow crops, increasing production of fish and other crops while reducing the use of water.

In India, less predictable rainfall is increasing demand for well water, reducing its availability. Combined with growing demand for food and declining productivity from farmland taxed by chemical fertilizers, innovators have developed tools to treat sewage to make it safe for farming, increasing output and reducing dependence on chemical fertilizers.

This fall, SWFF will launch a new cohort with a triple focus not only one food and water but also energy.