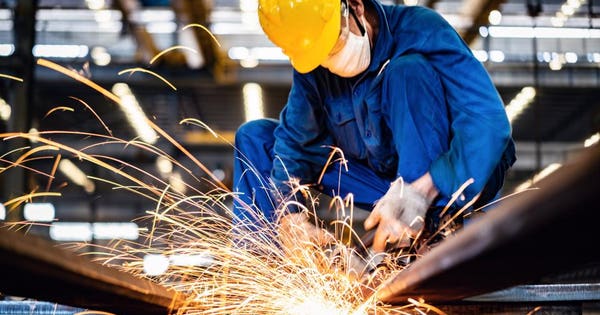 Large UK businesses are overwhelmingly concerned about their productivity

Britain’s productivity crisis was no closer to being solved today as it emerged large businesses are investing twice as much in their telecoms as boosting the productivity of their workforces.

Large UK businesses are reliant on a “spray and pray approach” to productivity and don’t know how to maximize their human capital, said a new report by the Centre for Economics and Business Research and Concentra Analytics.

The survey of 400 UK and US business leaders with more than 1,000 employees used profit per employee as its definition of productivity.

It found the UK’s largest businesses are overwhelmingly worried about their output, with 86% ‘concerned’ or ‘very concerned’ about their people productivity.

Yet the average large business invests just 0.25% of its turnover on measures to improve it, which is half the amount spent on telecoms services. A third of large firms budget less than £10,000 a year for planning and analyzing how workforces operate and perform.

Despite low overall investment, the data revealed 79% of big businesses have made some effort to improve human productivity. Of these, more than a third (35%) have looked at ways to boost employee wellbeing, while 39% have looked at improving business processes and decision making. Just 29% have invested in technology to automate repetitive tasks.

UK GDP would grow by 0.5%–equivalent to £10.4 billion–if employers could figure out how to boost employee productivity, said the report.

But Rupert Morison, CEO of Concentra Analytics said most large companies don’t know enough about their employees or what they do. He added: “It’s easy to get blinded by the latest new technology, like AI, but businesses are missing a trick by not investing in an accurate understanding of their greatest asset – their people.”

Kay Neufeld, head of macroeconomics at CEBR said, whilst businesses clearly understand overall productivity, there is a significant informational deficit when it comes to profit per worker. She added: “There is a clear correlation between organizations that are most productive and have both macro and micro insight into employee productivity or profit per worker.”

In April, the Office for National Statistics reported Britain is achieving growth of only a quarter the level seen since the financial crisis a decade ago. And, in the first three months of 2019, productivity fell for a third consecutive quarter.