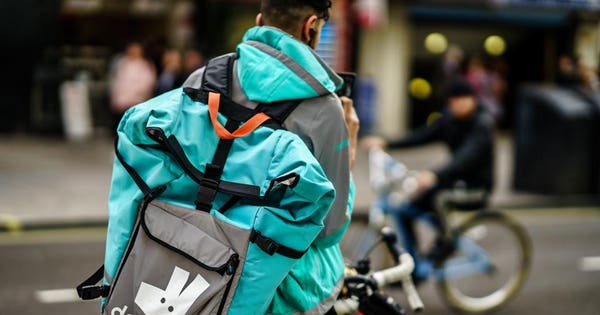 The UK’s start-up scene has flourished over the past five years, with more people than ever before launching their own businesses. But one consistent criticism made of British entrepreneurs is that they’re not so good at scaling businesses – it’s not just that so many ventures go under early on but also that large numbers of start-ups fail to achieve their potential, instead reaching a plateau and then failing to grow further.

However, while there is some truth to this accusation – the UK’s record on scale-ups is certainly less impressive than the US – there has been a concerted effort to address this issue in recent times. More policymakers are focused on the importance of supporting these businesses, the true engines of economic growth and job creation. Groups such The Scaleup Institute provide invaluable assistance, leveraging the expertise of a broad variety of stakeholders to help entrepreneurs break through growth barriers. More finance is available too, from the rise of equity crowdfunding to a rapidly-expanding growth capital ecosystem.

These efforts are beginning to pay off. Research published by the Scaleup Institute last year found the total number of scale-up businesses in the UK – deemed to be those companies that have increased their turnover and/or employee numbers annually by more than 20 per cent over a three-year period – had increased by nearly 12 per cent at the last count.

At the top end of the scale-up market, moreover, the number of unicorn businesses in the UK – companies with a $1bn valuation – is also growing rapidly. The research consultant Beauhurst, which specialises in tracking high-growth, privately-owned businesses, says that with Graphcore joining the ranks of the unicorns in December, there are now no fewer than 13 unicorns in the UK. You can also add Just Eat, Zoopla, Skyscanner and Farfetch to the list, all of which made it to unicorn status before their founders exited.

One more firm, the renewable energy company Bulb, is tipped by Beauhurst to join the list during 2019, but in the meantime, here’s the full detail of the UK’s unicorn companies.

London-based BenevolentAI specialises in developing artificial intelligence applications in the scientific and medical innovation fields. Founded in 2013, it made to unicorn status in 2015.

This business has pioneered the use of DNA and RNA sequencing technologies in a broad range of fields. Founded in 2005, it achieved unicorn status a decade later.

A leader in health, fitness and lifestyle markets, Manchester-based Hut Group has built its business through its proprietary e-commerce platform. Launched in 2004, it achieved its unicorn status in 2016.

Now one of the UK’s best known fintechs, Transferwise has successfully disrupted the banks’ offering in the international money transfer market. It made it to a $1bn valuation in 2016, six years after its launch.

The peer-to-peer lender has built a substantial business connecting investors with cash to small and medium-sized enterprises seeking debt capital. Launched in 2010, it made unicorn status in 2017.

BrewDog’s range of beers has won a wide following and a series of innovative fund-raisings has added to its brand value. Launched in 2006, the company achieved unicorn status 11 years later.

This gaming company is a world leader, providing cloud server systems that support the virtual worlds in which gamers play. It made it to unicorn status five years after its 2012 launch.

The food delivery company has changed the way restaurants think about their customer base, enabling them to compete with takeaways and building bigger businesses. It hit unicorn status in 2017, five years after its launch.

OakNorth is a challenger brand in the banking market attracting an increasingly large following. Launched in 2013, it took only four years to become a unicorn.

Another challenger bank, Revolut has won a loyal customer base attracted to the services available on its app. It was launched in 2014 and achieved unicorn status last year.

The most recent entry to the UK’s unicorn club, Graphcore specialises in machine learning and artificial intelligence applications. It launched in 2016, achieving a $1bn valuation in just two years.

Fast mover: Deliveroo is one of Britain’s best known unicornsGetty