Serebral360° found a great read by Forbes – Entrepreneurs article, “Britain’s Young Entrepreneurs Are Keen To Change The World But Are Schools Letting Them Down?.” 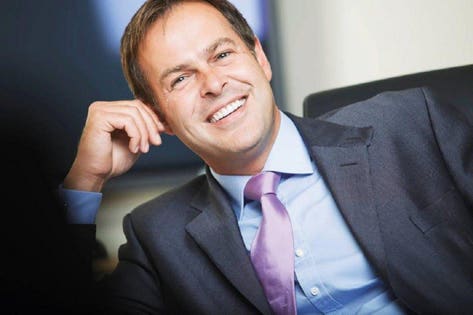 It’s June 28 and around 175,000 people are assembling on farmland close to the Somerset town of Glastonbury as the United Kingdom’s most celebrated music festival gets properly underway. Track north and east to Buckinghamshire and a festival of a very different kind is also in full swing. Hosted by the University of Buckingham, the Peter Jones Enterprise Festival Festival – EntFest to its friends – is an event aimed primarily at encouraging school-age children and young adults to pursue careers as business owners. But as organizer, Peter Jones explains, rather than being a dry and perhaps dull exercise, the goal of EntFest to inspire and celebrate a new generation of potential business leaders.

“You can see what’s happening down the road in Glastonbury,” says Jones. “That festival is a celebration of music. We thought, why don’t we put something together that will do for enterprise what Glastonbury does for music.”

But as Jones stresses, EntFest is one manifestation of a bigger project. A passionate believer in the importance of creating an enterprise culture in the UK, he has a particular interest in education. Under the umbrella of the Peter Jones Foundation, he has worked with partners to create a number of Enterprise Academies. In addition, he has launched Tycoon, a business competition for schools. These programs have created a groundswell of activity that is showcased at EntFest.

Jones began his entrepreneurial career making personal computers. After a foray into the world of corporate employment, working for Siemens Nixdorf, he found success with diversified telecoms company, Phones International Group, which he launched in 1998. Today his businesses activities stretch across sectors that include food, television and digital media, but he is best known – at least to the public at large – for his lengthy tenure as an investor on BBC Television’s Dragons’ Den, the U.K.’s variation on the Shark Tank theme.

Now anyone who has watched the show may well consider Jones to be one of the scarier Dragons. Genuinely enthused when he sees an exciting investment opportunity but often uncomfortably blunt when he feels a pitch from a would-be entrepreneur is disappointing, daft or delusional.

But when I catch up with Jones – a couple of days after the festival – it is the enthusiast that shines through. “I couldn’t be happier,” he says. “Around 1,000 young people came to EntFest and this is an opportunity that is only going to grow. Next year, I think we’ll be able to get in excess of 2,000.”

So what was the attraction?  Well, for one thing, the festival provided those who attended with an opportunity to present their business ideas to each other – and to experienced and well-established entrepreneurs. The younger children put their wares (or ideas) on show in an outdoor market – complete with stalls.  Meanwhile,  some of their older students were invited to take part in a Dragons’ Den-style pitch competition.

And certain themes emerged. For instance, research by the Peter Jones Foundation has found that young entrepreneurs are particularly interested in starting businesses that will have a positive impact on the world. This was reflected in the competition. Finalists included a recycling business and a sports club that aims to get more people involved in physical activity, started respectively by Jake Naylor and Simone Abley. The winner – Natasha Anne Bates – has started a business that addresses some of the problems faced by people suffering from dyslexia.

But here’s the thing.  Having a great, good, or even “not bad” business idea is one thing. Having the skills to turn it into a venture with commercial legs is quite another.

And Jones believes that if the U.K. economy is to flourish, enterprise and entrepreneurship should be an important ingredient in the country’s educational mix. That was the thinking behind the Peter Jones Enterprise Academies, which are currently hosted by about 20 schools and further education colleges. As Jones describes it, the centers adopt a “learning by doing” approach, with students required to start and run businesses. On the academic side of things, vocational qualifications are on offer.

In addition, schools across the country have taken part in the Tycoon competition, under which, pupils can apply for loans to start businesses. To date, funding has been supplied to 12,000 pupils across 700 schools. But Jones has a bigger ambition. “We want to see enterprise education embedded in the national (educational) curriculum, “ he says.

That, of course, raises questions not only about the purpose of education but also the resources available to schools in a United Kingdom that has seen public spending cut across all sectors, including education, in the wake of the 2008 financial crisis. So, at a time when public finances are tight, is there a case for adding enterprise education to the curriculum?

Jones believes the answer to that question is yes. Policymakers, in particular, like to champion entrepreneurship, but Jones says this kind of commitment should be backed by support in schools. “There needs to be a level of education. To start a business you need a basic toolkit he,” he says., “But I think the education system has let us down. The government has done a poor job.”

More enterprise education would, of course, mean more choices for students who are already forced to make decisions – often quite early in their lives – about whether to pursue academic or vocational pathways and indeed whether to go into arts/humanities or STEM subjects. But the truth is that people from all these educational pathways are represented in the entrepreneurial community. So arguably it makes sense to offer practical business education that can support entrepreneurial ambitions or simply help individuals to succeed as engaged employees. Is the Peter Jones “learning by doing”  approach the right one? That’s one for the policymakers to decide.