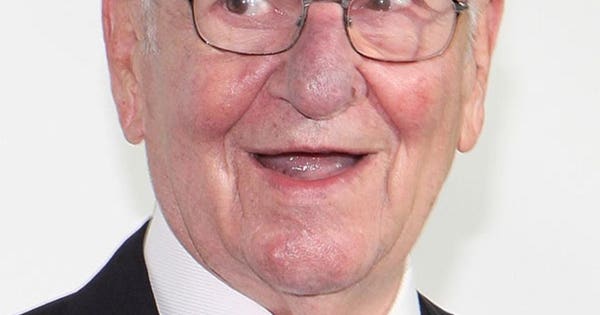 With his recent death at the age of 94, Lee Iacocca’s impact of on the business world is now being viewed through the lens of history. Although he experienced his share of achievements (the Mustang) and failures (K-cars), one aspect of his legacy has received considerable attention of late – he was the first globally recognized, celebrity Manager.

To be sure, he wasn’t the first superstar businessperson. Thomas Edison, Henry Ford, Alexander Graham Bell and a litany of other inventors and entrepreneurs captured the world’s imagination long before Lee began his career. However, prior to Mr. Iacocca becoming a celebrity CEO, America had never venerated a non-founder, non-entrepreneur manager with such enthusiasm.

Lee co-wrote three books. His 1984 autobiography was the best-selling non-fiction hardback book for two straight years. 1988’s, “Talking Straight” focused on America’s innovation and creativity. In 2007, “Where Have All the Leaders Gone?”, reflected his disappointment with U.S. politicians from both parties.

He was also highly quotable, appearing on countless magazine covers, with headlines like, “’I gotta tell ya’ America Loves Listening To Lee and “Detroit’s Comeback Kid.” As such, we’re left with a treasure chest of pithy and insightful management wisdom from one of the world’s most effective executives.

That said, note that Lee was a person of his time. Most of his quotes reference men, as this was the reality of the executive workforce he surrounded himself with from the 1960’s – 1980’s. Sexist pronouns aside, there remains plenty of wisdom in the following quotations for all entrepreneurs, irrespective of their gender.

“In the end, all business operations can be reduced to three words: people, product, and profits.” Lee Iacocca

“I hire people brighter than me and then I get out of their way.” Lee Iacocca

If you boil down Mr. Iacocca’s management philosophy, he considered business to be simple – economically solve a problem that matters and everything else will take care of itself.

In keeping with this sentiment, he rewarded employees who deployed logical, commonsense solutions that were in the best interest of the customer.

“The one word that makes a good manager – ‘decisiveness’.” Lee Iacocca

“So, what do we do? Anything. Something. So long as we just don’t sit there. If we screw it up, start over. Try something else. If we wait until we’ve satisfied all the uncertainties, it may be too late.” Lee Iacocca

Businesses, especially nascent startups, reach their goals by constantly alternating between making mistakes and quickly correcting them, as soon as clarifying data is available. CEOs manage this process like a sailboat captain, who moves her ship forward in a zigzag pattern, making slight adjustments to address the vagaries of the breeze, waves and currents. Mr. Iacocca knew the value of moving forward, as a means of gathering new data and revising prior decisions.

“There are times when even the best manager is like the little boy with the big dog, waiting to see where the dog wants to go, so he can take him there.” Lee Iacocca

The philosophy of “leading from behind” has been met with some derision over the past decade, especially with respect to some politicians’ approach to world affairs. However, there are times in business when allowing events to unfold and then following the lead of your team makes sense.

Even with his penchant for action, Mr. Iacocca knew that the difference between good, and great, leadership was knowing when to wait and when to decisively push forward.

Leadership Is Based On Inspiration, Not Intimidation

“Management is nothing more than motivating other people.” Lee Iacocca

“Motivation is everything. You can do the work of two people, but you can’t be two people. Instead, you have to inspire the next guy down the line and get him to inspire his people.” Lee Iacocca

Startups often struggle with the transition between hiring self-motivated, entrepreneurially minded people who thrive in the ambiguity of a startup environment and recruiting people who are interested in a stable, predictable job. As an organization grows, the ready-fire-aim mentality that led to the startup’s successful launch must be tempered with judicious, strategic management leadership, as exemplified by Mr. Iacocca. Once a venture becomes self-sustaining, there is much entrepreneurs can learn from seasoned managers.

“My father always used to say that when you die, if you’ve got five real friends, then you’ve had a great life.” Lee Iacocca

Lee left this world with a multitude friends and admirers and decades of management wisdom that will be mined for generations to come. By making himself the face of Chrysler, Mr. Iacocca paved the way for non-founder, non-entrepreneur CEOs to create powerful marketing personas that transcend the reach of their products’ brands.