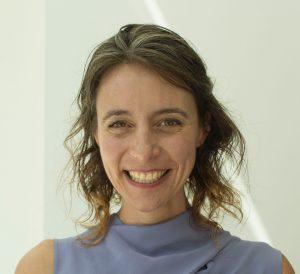 In the past 48 hours, there have been two major earthquakes in Southern California with an epicenter near the town of Ridgecrest. The quakes hit on July 4 and 5th, with the largest and most recent reaching a 7.1 on the Richter scale. In part due to the remote location, no deaths have been attributed to the quakes, but property damage across the region will ultimately be substantial.

Kate Stillwell, CEO of Jumpstart Insurance, a novel insurance company that provides coverage that pays out quickly following a quake, joined me for a conversation about the quake and the insurance her company provides.

Here in Salt Lake City, where I’m based, I felt the quake in my high-rise condominium and videotaped the lamps swinging as the wave rolled through our community—providing evidence of the power of the most recent quake. You can see a bit of that video with the video of the interview in the player at the top of the article. Note that I was a bit “discombobulated” by the quake, which is evident in the video. I can only imagine how devasting the quake was for people whose homes, businesses and personal property were damaged or destroyed.

Jumpstart Insurance is novel in a few ways. Because the insurance is “parametric” there is a payout based on an independent data point. Just 24 hours after a quake, Jumpstart uses USGS data to determine whether a payout to an insured customer is due.

Based on the data, the quake did generate enough energy to trigger a payout but Stillwell says none of their insured customers lived in the payout zone. Of last night’s quake, she says, “That payout zone will be quite a bit larger and might extend to more-populated areas.” Stillwell declined to say whether she anticipates any of her insured customers will be in the zone.

Once the determination is made, the company sends a text to insured customers asking them to confirm their eligibility for the payout—insured customers must report a need arising from the quake though it need not be in the form of property damage.

“We initiate payment the same day as someone responds. Depending on the payment method, they could receive payment as soon as the next day,” Stillwell says.

The back-to-back quakes highlight a key question: how often can an insured customer receive a payout? “If a customer gets paid in an initial earthquake and there’s another earthquake within the next seven days, then they don’t get a second payment.”

Jumpstart’s insurance program offers just $10,000 of insurance at a price of $11 to $33 per month, depending on the risk profile of the zip code. At present, the policies underwritten by Lloyd’s are offered only in California but are available everywhere in the state.

Stillwell believes that if many people in a community have the insurance, it not only gives individual families greater resilience but offers the community a shared resilience as well because more people have more resources to cope with the financial difficulties of a quake.

Only about 10% of Californians have earthquake insurance. Her hope, of course, is that these quakes highlight the need and encourage more people to sign up. Today she said, more people have signed up in the past two days than in the prior two months.