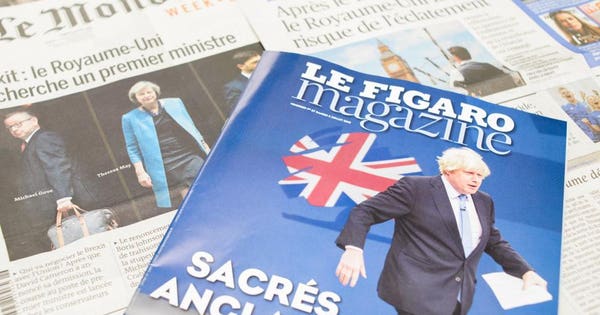 Serebral360° found a great read by Forbes – Entrepreneurs article, “Could Boris Boost The Case For Incorporating Your Business?.”

Could a Boris Johnson premiership lead to more self-employed people setting themselves up as limited companies? Mr Johnson’s promises on tax as he stands for the Conservative Party leadership – though facing scepticism from many analysts – certainly appear to tip the balance in the debate. If he becomes Prime Minister, his plans have the potential to substantially increase the national insurance many self-employed people pay.

To see why, it’s important to understand how the tax rules apply differently to self-employed people according to whether they’re incorporated or not.

Most self-employed workers are “sole traders” in the jargon of HM Revenue & Customs. The alternative is to set yourself up as a “limited company” – incorporating, as it’s known.

Sole traders operate as sole and personal owners of their businesses, declaring their income to the taxman each year through the self-assessment tax system. Limited companies, by contrast, have their own legal identity that is separate from its shareholders and directors – even if there is only one of each. The company must be registered with Companies House and file details of its accounts each year, as well as making an annual tax return for the business.

The big question for many business owners is which set-up generates a smaller tax bill. As a sole trader, you pay income tax on your earnings at the same marginal rates as people in employment – so 20, 40 or 45 per cent – as well as national insurance. By contrast, limited companies pay corporation tax on their profits, which is currently 20 per cent. They can then pay dividends to shareholders, on which tax rates are lower – 7.5, 32.5 and 38.1 per cent on distributions you receive above £2,000 in a year – and with no national insurance bill.

Back to the election then. Mr Johnson says he wants to reduce the amount of 40 per cent higher-rate tax income that people pay. He would do this by increasing the threshold at which the rate kicks in from £50,000 to £80,000. Crucially, however, he intends to fund this change, at least partially, by increasing the “upper earnings limit” in roughly the same way – this is the level of your income up until which the full rate of national insurance is payable.

The effect is that while many self-employed people will pay smaller amounts of income tax – though the rates on dividend distributions would still be lower – they’ll be paying much more national insurance in the past. That boosts the case for switching to company status, where you don’t have to worry about national insurance.

On his way: but what does Boris Johnson mean for small business owners?

For many business owners, incorporation is already more attractive.  It’s often possible to minimise tax by keeping dividend payments within shareholders’ tax allowances, particularly where the limited company is owned by a married couple. A spell for Boris Johnson in 10 Downing Street might now tip the balance even further this way.

However, not all sole traders will make a saving, particularly taking into account the additional costs of the limited company route, where you’ll almost certainly need professional advice when filing accounts and tax returns. You may also simply decide the extra hassle is not for you.

Either way, the limited company set-up does become more attractive as businesses grow in size, particularly if you want to take staff on, or raise finance. You’ll also be protected from liability for the company’s debts – you’ll only be liable for what you put into the company.

Now might be the time to have this debate. For many of the 4.9 million Britons now in self-employment – more than ever before – July brings a painful deadline. At the end of the month, most self-employed people will have to make their second payment of income tax on account for the 2018-19 tax year under the self-assessment system. The balance on the bill is due when you file your final tax return for the tax year that finished in April; this has to be done by 31 January.

As you’re writing a cheque to settle your account with the taxman, think about whether you need to organise your affairs in a different way to minimise future bills.