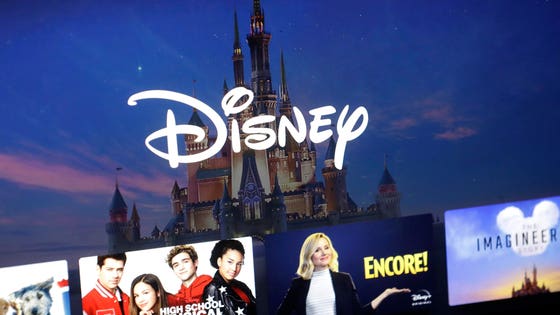 It was a solid week for Disney, whose shares jumped about 5%. The company announced its eagerly awaited streaming service. And as should be no surprise, the subscriber numbers shattered expectations. On the day of the launch, there were ten million signups (the service is available in the US, Canada and the Netherlands for now).

All this has been the result of painstaking planning and bold decisions. In fact, in the new book from Disney CEO, Robert Iger, he devotes the last three chapters to Disney+.  He writes about the disruptions in the media business and how achieving global scale will be critical. He also describes how he changed the compensation structure to provide the right incentives to make Disney+ a success (that is, using different metrics other than profits).

But his book shows that he is not a recent convert to digital transformation. Consider that he has been involved in technology matters since the 1970s when he worked with legendary TV producer, Roone Arledge. He revolutionized sports broadcasting with the creation of franchises like Monday Night Football and the Wide World of Sports. Arledge knew he had to tell compelling stories, which meant hiring great talent like Jim McKay, Howard Cosell, Keith Jackson, Frank Gifford, Don Meredith, and Jackie Stewart. He also invested heavily in technologies like reverse-angle cameras, slow motion replays and live satellite broadcasts.

But Arledge would just be one of many great mentors for Iger. In 1985, Cap Cities acquired ABC and he would have two new bosses: Tom Murphy and Dan Burke. They had a different management style that allowed for more decentralization of decisionmaking but also a obsession with keeping costs low.

Yet there was one lesson that resonated with Iger in a major way: Burke would say to him, “Avoid getting into the business of manufacturing trombone oil.” In other words, you should not waste time on small matters.

This approach was instrumental at ABC as Iger would greenlight experimental shows like Twin Peaks. True, some would bomb, such as Cop Rock. But according to Iger: “I’d much rather take big risks and sometime fail than not take risks at all.”

This approach would pay off when Iger became CEO of Disney in 2005. He was convinced that the animation business had be be rejuvenated – and fast. Part of this was due to Disney’s heritage and the demographics. But animation was also essential for the business model, in terms of consumer products, television and the theme parks.

So what to do? Well, of course, within a year he set out to acquire Pixar. He actually had no clue how Steve Jobs would react (especially since he had an adversarial relationship with former Disney CEO, Michael Eisner). But hey, what did he have to lose? So he just called him up and interestingly enough, Jobs was receptive.

The irony is that Disney’s board would ultimately be more resistant! But Iger found ways to assuage the fears and set forth a clear-cut vision for the deal. More importantly, this was more than about number crunching and deal points.

As Iger writes in his book: “Be decent to people. Treat everyone with fairness and empathy.”

This is not a platitude. This is something that is pervasive through Iger’s book.

For example, when negotiating with Marvel CEO Ike Perlmutter, he was dealing with someone who was a bit of an introvert. But this was fine for Iger. He was able to connect with him and eventually get a deal done.

Or in the case with George Lucas, there were other emotional hot buttons to work through. “This wasn’t negotiating to buy a business,” writes Iger. “It was negotiating to be the keeper of George’s legacy, and I needed to be ultra-sensitive to that at all times.”

And then there was the mega $71 billion deal for 21st Century Fox. With this, Iger dealt with another personality, Rupert Murdoch, who is one of the world’s savviest dealmakers. But they both bonded and looked to achieve a win-win.

Now without any of these deals, Disney+ would certainly be much less compelling. But Iger has demonstrated that thinking big and showing real empathy for those he does business with can make all the difference.

Tom (@ttaulli) is the author of the book, Artificial Intelligence Basics: A Non-Technical Introduction.