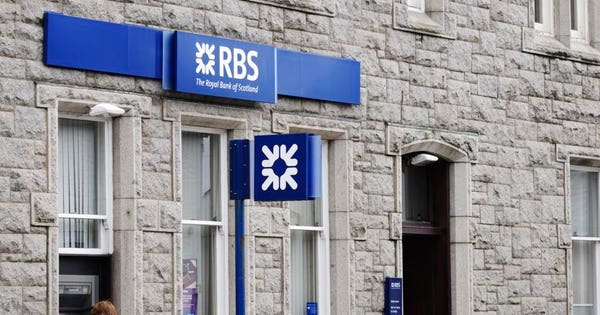 Serebral360° found a great read by Forbes – Entrepreneurs article, “Do British SMEs Finally Have Justice In Their Sights?.”

What would you do if your business went bust because of a problem caused by your bank – either accidentally or willfully? In the absence of an appropriate compensation offer, most people would contemplate taking legal action in such circumstances – only to discover a loophole in the law that stands in their way.

Any day now, the UK’s Supreme Court is due to hand down its view on whether the courts’ interpretation of the law in this area should be rethought – if so, small businesses might finally be in a position to sue banks they believe have driven them to the wall.

The loophole in question is known as “reflective loss”. The issue is that once a business goes into insolvency and an insolvency practitioner is appointed to handle its administration, directors and shareholders no longer have recourse to the law. Even if they believe the insolvency was caused by a third party, they have no rights to pursue this party for their losses.

Successive banking scandals have seen small businesses run up against this problem. Hundreds of firms believe their banks forced them out of business in the aftermath of the financial crisis and the subsequent recession, often by making unfair demands; to add injury to insult, the banks often stand accused of stripping these businesses of their most valuable assets. To date, however, small businesses’ attempts to fight back have been hampered by the reflective loss principle.

Out of reach? RBS is one of several banks SMEs claim have treated them unfairly

Now, however, a cross-party group of MPs hopes to change the rules of engagement. The All-Party Parliamentary Group on Fair Business Banking has intervened in a case currently going through the courts; it has asked the Supreme Court to use the case to consider whether the reflective loss rules can be changed in certain circumstances.

With a judgement expected imminently, it’s possible that small businesses will soon have the right, for the first time, to sue banks whose actions they believe have unfairly forced them into insolvency. “We are delighted the Supreme Court have allowed us to make this unprecedented intervention,” says MP Kevin Hollinrake, Co-Chair of the APPG on Fair Business Banking. “The mechanisms in place for the directors and shareholders of insolvent businesses to obtain redress and receive compensation for creditor misconduct are unsatisfactory. We hope to establish that the rule against reflective loss must not restrict the rights of these individuals to bring a claim, and must not restrict them from accessing justice when their business has been taken from them through the misconduct of their bank.”

For hundreds of businesses whose owners believe this is exactly what has happened to them – including victims of RBS’s much-criticised Global Restructuring Group – this would represent some good news at last. Until now, the most obvious victims of high-profile banking scandals have won limited compensation payments, but many other firms with a burning sense of injustice have received nothing at all.

There’s no guarantee, of course, that suing the bank would pay off. And many small businesses would consider the costs of taking legal action to be prohibitively high. For this reason, other changes to the law – including the launch later this year of a financial services tribunal to intervene in such cases – may represent a better bet for firms seeking justice. Nevertheless, many small businesses will welcome the opportunity to finally have their day in court.