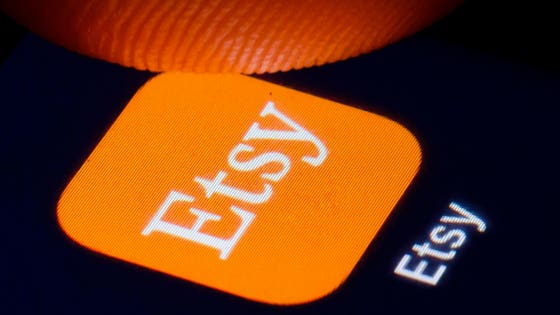 Here are five things in technology that happened this past week and how they affect your business. Did you miss them?

Online marketplace Etsy is trying hard to compete with major companies like Amazon, Walmart, and Target and to do so the company is going to be providing sellers tools and supports to encourage them to offer free shipping on all orders over $35. Starting July 30th, Etsy will provide priority placement in the U.S. search results to merchants who choose to adopt free shipping. Come September, Etsy will actively market free shipping to buyers, although the announcement did not mention any specifics about whether or not delivery times will be sped up (Source: Retail Dive)

You can grumble and blame Amazon and lament the loss of the good old days when there was no “free” shipping. Or you can adjust. How? Don’t worry. It’s not as difficult as you may think. Shipping costs – even for a small merchant – can be absorbed by spreading them over your entire overhead. What you need is some history. And a calculator. For some help, go here.

15Five, a performance management platform provider, recently raised $30.7 million in order to provide employers the ability to give regular performance reviews and feedback to employees. CEO David Hassell observed that Millennials perform at their best when they are given regular feedback, and that managers, directors, and even founders are seeing the value of investing in technologies that enable employees to thrive in the workplace. (Source: Venture Beat)

Weekly performance reviews? Isn’t this overkill? Apparently not. According to a recent PricewaterhouseCoopers survey, 60% of participants said they’d prefer feedback on a daily or weekly basis, with 75% of participants saying they believed it’s valuable. However, less than 30% of workers say they receive constructive feedback/performance reviews from peers, clients, or customers.

According to a new report published by cyber-security firm Check Point, a new Android malware strain has recently claimed over 25 million victims. The malware, named Agent Smith, can infect devices and replace legitimate apps with clones that, instead of working as expected, show ads for a criminal group’s profits. The majority of the victims are located in India (15.2 million), Bangladesh (2.5 million), and Pakistan (1.7 million), and the infection period lasts at least two months. Check Point has been able to track down the malware operators to a Chinese tech company (Source: ZDNet).

Malware attacking Android devices is on the rise and puts your company’s network at risk when your employees are connecting to it. This attack is primarily affecting those on the Indian sub-continent but the risk of it spreading to the U.S. is significant. Make sure your users are running the most recent version of the phone’s operating system and allow your IT team to help your employees with their devices.

4 — Workers waste half their time as they struggle with data

A recent report released by Irving, CA-based analytics platform Alteryx and IDC, shows how time is wasted as workers search for data. The report shows that 90% of a worker’s working week is spent on data-related activities and, on average, workers use four to seven different tools to perform the data activities, adding to the length of time and complexity of the data and analytics process. (Source: ZDNet)

We live in a big data world and all of this leads to organizations suffering from inefficiencies and ineffectiveness. The study found that workers waste 44% of their time each week because of unsuccessful activities due to lack of collaboration, existence of knowledge gaps, and resistance to change.

Samsung is finally ready to begin assembling its Galaxy Fold devices after numerous complications with the folding phone’s hinge and screen, which resulted in Samsung cancelling the planned launch on April 26th once issues became clear with test phones. Complaints regarding the Galaxy Fold included cracks and bumps on the hinge of the device, as well as display issues. Samsung had to halt pre-orders of the device in order to solve the issues before the phone was released to the general public. (Source: Silicon Republic)

Could we finally see the folding phone this year? Although Samsung has not announced a new release date, issues with the hinge have reportedly been solved and experts in the industry predict the phone will still be released before Christmas. I’d avoid this first version but you can expect there to be many devices like it in the years to come.