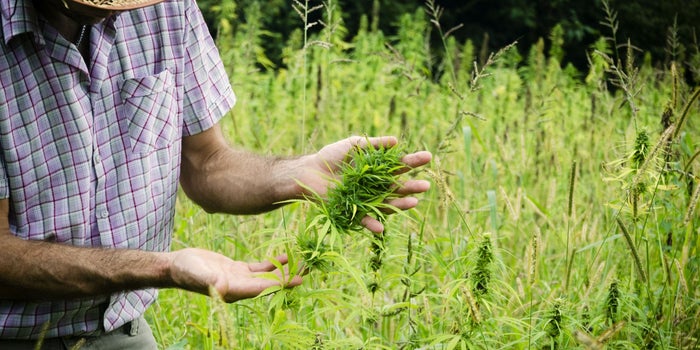 Serebral360° found a great read by Entrepreneur article, “Farmers to FDA: Only CBD From American-Grown Hemp Is Legal.”

Hemp supplied the paper on which the founding documents of American indepedence were written and was a reliable cash crops for generations of American farmers from colonial time until the plant was effectively outlawed as a result of big money politics during the Great Depression. Now that hemp is once again legal, it is again a lucrative cash crop during hard times in rural America.

What’s different is that now it is not fiber but cannabinoids, and specifically CBD, that make hemp valuable. But what’s the same is that farmers worry just as hemp fiber was muscled aside by big money invested in synthetic fibers in the 1930s, the big money of today will rush biosynthetic cannabinoids to market and quelch the potential of hemp to bring new economic vitality to farm country.

Today the FDA is holding a daylong public hearing on “Scientific Data and Information about Products Containing Cannabis or Cannabis-Derived Compounds,” which is really a daylong discussion about CBD, though it will have big implications for all cannabinoids as their potential is realized. The hemp industry will be amply represented and has a blunt message for regulators: CBD and all other cannabinoids, other than THC, are legal only when derived from American grown hemp.

“The source matters,” said Steve Bevan, chairman of the U.S. Hemp Roundtable and president of GenCanna, a fast growing hemp processor igniting an agricultural renaissance among Kentucky tobacco farmers seeking a new crop. “That is the crux of the congressional intent. It is very clear this (CBD) is supposed to be an agricultural product for the benefit of America’s farmers. This is about developing an industry from the ground up that compensates farmers better than for other crops, where farmers are growing using organic and healthy techniques because they have. It’s about a chance to reinvent things, to get in front of all the really big corporate interests so that a bunch of small folks, individual farmers and small emerging brands, have some room to grow.”

Hemp was essentially outlawed by the 1937 Marihuana Tax Act (yes, they spelled marijuana with an “h”) at the successful conclusion of a well-documented power play by the paper industry and the emerging synthetic fiber industry. The resilient plant has been making a major comeback since 2014 when Congress allowed state supervised pilot programs. Hemp was fully legalized in the 2018 Farm Bill, which distinguished hemp with trace amounts of THC, the cannabinoid demonized for its intoxicating effects, from marijuana, which is basically the same plant but with much greater amounts of THC.

By legalizing hemp, Congress opened the door to a legal source of CBD. Bevan argues Congress intended for American hemp farms to be the sole source, to the exclusion of both CBD derived from marijuana containing more than 0.3 THC and from laboratories synthesizing it from yeast.

“The Farm Bill carved hemp out from the Controlled Substances Act and allocated the legal production of hemp to American farmers,” Bevan said. “The main driver of the modern American hemp business is the cannabinoids derived from it, not including THC. Our message is that Congress intended this legalization of hemp to benefit the American farmer.”

Unlike all other agricultural products, no government agency is systematically collecting data on how many acres of hemp are planted or what amounts are harvested, and there is no commodity market or futures exchange posting hemp prices. Nonetheless, hemp is widely seen as immense new opportunity that farmers are seizing, as exemplified by GenCanna itself. The company moved to Kentucky, historically a major hemp producer, after the 2014 Farm Bill allowed a hemp pilot project to be established.

In 2018 GenCanna contracted with about a dozen Kentucky farmers who grew hemp on a bit more than 900 acres. It’s 2019 goal is to contract with roughly 50 Kentucky in hopes of getting at least 10,000 acres of hemp planted. The company is building a $40 million hemp processing facility that will create at least 80 new jobs in in Graves County, Kentucky, and has developed, in cooperation with the University of Kentucky, a hemp strain with zero THC that it intends to patent.

While the boom is all about CBD right now, hemp is rich in many other cannabinoids and the rest of the plant has countless uses, all of which Bevan sees as eventually driving even more rural economic development.

"As soon as we and the rest of the industry scales a little more we will take advantage of the fibers, the protein from hemp seeds, the hemp oil rich in  essential fatty acids, but first there needs to be hat agricultural base," Bevan said. "If you let the farmers grow the floral material for the CBD, you get the fiber for free, you get the seed for free, you get all of the ancillary benefits of that economic potential."

Other companies are making similiar investments in hemp processing and signing deals with farmers in other parts of the country. The industry taking root in farm country need the legal protection that Congress intended, Bevan argues.

"It is the economic intent of this legislation is not help some pharmaceutical development or Wall Street financial model," Bevan said. "The intent is very simple, to give farmers a new healthful crop that people want and understand. It seems pretty obvious to me those who step outside that clear intent are attempting to profiteer in a way that isn’t at the best interests of the majority of people."

Related:
Facebook: Stop Censoring Hemp
Is There Actually Any CBD in That CBD Oil You Bought?
Why the EU Is Wrong About CBD