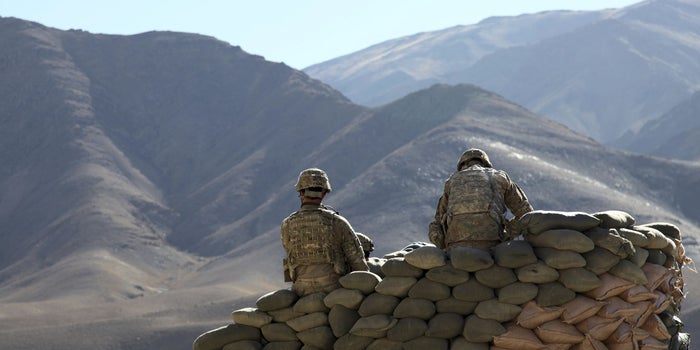 Serebral360° found a great read by Entrepreneur article, “Filling Sandbags in the Military Inspired Me to Become an Entrepreneur.”

Really hard work with no obvious utility is actually a very clarifying experience.

When you speak to many entrepreneurs regarding how they got their start or what their “lightbulb” moments were in their early careers, chances are you won’t hear “bagging sand” often as an answer. For me, it was this experience in the military that gave me a clear vision of where I wanted to take my career and provided me the motivation to make that vision a reality.

I decided to join the military when I was 17 years old, at which time the service seemed like my only option. I grew up in a rough area of New York as the youngest of nine children and the son of a hardworking father with three jobs. My father saw the effects public school had on my older siblings, and I was fortunate he was able to enroll me in private Catholic school. Even with this privilege, I still saw the impact my community had on my peers, often witnessing shootings and gang violence — sometimes even directly impacting my family.

Related: 7 Things the Army Taught Me About Running a Company

I didn’t want to suffer as a broke college student, so I enrolled myself in the United States Air Force at age 17 after persuading my parents to sign my permission forms. Less than 60 days after high school graduation, I was in basic training.

Basic training was my first experience with real structure and discipline, workouts and diet and I was in shock. After transferring to different training camps across the United States, I eventually was stationed in England in 2001. It was a different world for me — different weather, accents, buildings, and legal drinking age. Our first five months there were a blast until the events of Sept. 11, 2001, changed everything.

It was also at this point that I began to recognize the distinction between the educated and uneducated in the military. Being uneducated myself, my responsibility became shoveling wet sand into sand bags in the cold, damp British countryside. I did this for 10-12 hours a day for weeks on end. It was through this experience that I promised myself I would receive an education and never be in this position again.

After leaving the military, I kept this promise to myself and earned three degrees and an Ivy League Certification. Since then, I have been featured on the cover of Realtor Magazine, the Dallas Business Journal, TLC’s My First Home, was on the first Forbes’ 30 Under 30 listing, and now am the president of a successful coworking franchise, Venture X, a company I’m proud to say offers a 10 percent discount off our franchise fee for our nation’s heroes.

Related: Why This Veteran Believes Military Training Made Him an Ideal Franchisee

My success wouldn’t have been possible without the experiences in the military. Serving your country is an eye-opening experience and has many positive takeaways both personally and professionally. Here are some of the top leadership lessons from my time in the military that still hold true today:

“Knowledge without action is vanity, and action without knowledge is insanity” – Imam Ghazali.

In the military, you are trained in skills in which you immediately begin practicing in the field. This can be hard to find in the real world. Make sure you find immediate ways to start practicing what you’re learning.

Everyone should go through boot camp.

Even though military boot camp isn’t realistic for most people, it doesn’t mean you can’t have your own version. I suggest everyone sign up for a race or Tough Mudder event. There’s something about these experiences that push your mental and physical limits and make you grow as a person.

You fail your way to success.

Are you failing enough? If not, it’s probably because you’re not trying enough. This has been the case in many of our country’s previous wars, as is the case in business. I’ve always been open to taking risks in my career, and ultimately these decisions have the greatest rewards.

Having the opportunity to live in England when I was 18 changed my world in so many ways. You simply can’t comprehend how different your perspective of the world becomes the more you travel.

Related: Why This Company Pays for Its Employees to Travel the World

Raise your hand and speak up.

Employees can be scared to speak up and ask questions to managers and managers are sometimes afraid to speak up to C-Level executives to ask questions. I had a flight chief that used to start meetings by asking “who is the dumbest person in the room?” His question wasn’t meant to embarrass you, but it was meant to understand who shouldn’t be working on life and death missions, aircraft or machinery. People would raise their hand and say “I’ve never worked on that system before,” and then would be paired with the most knowledgeable individual versus left to go on their own and do more harm than good.