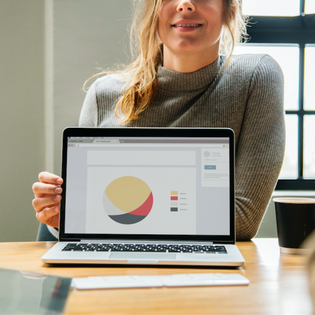 Consumers want personalization, but their financial data has to be shared to achieve that.

Most people consider their financial life a personal affair. Unfortunately, it’s still not a personalized affair.

Despite the progress personalization has made in other sectors, data shows financial firms are falling short. A whopping 94 percent of banks and financial services providers admitted in this year’s Digital Banking Report that they still weren’t able to deliver on the “personalization promise.”

The trouble is that personalization can’t be bought; it can only be built through data. And until recently, financial firms — and consumers and small business owners, for that matter — had little reason to share. If they’re to overcome the personalization problem, that has to change.

Sharing requires trust. But according to the Digital Banking Report, barely a third of consumers consider their bank a “trusted partner.” Although consumers are becoming more open to data exchange, according to a June 2018 Acxiom report, 54 percent of those surveyed ranked trust as the most important factor in their willingness to share personal data.

How can firms create trust? The Acxiom study found that more than four in five respondents expect greater transparency around data collection and use, as well as a clearer tie between the data shared and the benefits provided.

In other words, people can be — and are becoming — convinced to trade their data for personalization. But before most users give up the details that firms need to provide better service, like their market holdings and spending patterns, they need to know they’ll be rewarded for it.

The good news is that, at least when it comes to trusting one another, financial institutions have come a long way. Groups like the Financial Data and Technology Association have banded banks, fintech firms, and regulators together to facilitate secure and open sharing of financial data around the world.

Despite skepticism from incumbents, alternative lending platforms are showing that industry data sharing improves client service. Kabbage, one of FDATA’s founding members, has established more than 2 million live data connections across the small businesses it serves. Kabbage not only underwrites customers based on their live financial performance, but it also innovates to power personalized services and cash flow insights via the broad set of data sources its customers can connect with.

Although open banking will inevitably require banks and fintechs to share data — assuming customer consent, of course — the personalization opportunity has clear benefits. Not only will they better understand their customers and how to serve them, but they’ll also be better positioned to provide value-add services like budgeting and long-term planning.

But even if financial institutions lay data-sharing lines between themselves, as well as their customers, they’re still missing a third source of data critical for personalization: the business community.

Given the extraordinary liability of working with consumer financial data, one might guess that businesses would be skittish about sharing data with banks. But both recent breaches and business opportunities suggest otherwise.

Consider what happened when the data of 15 million T-Mobile customers was stolen in 2015. Before either T-Mobile or the true source of the breach, Experian, became aware that the other’s data had been breached, T-Mobile’s CEO apologized and offered free services to those affected. Although the telecommunications company wasn’t held liable in a later lawsuit, the statement on company letterhead almost certainly hurt its brand.

If T-Mobile and Experian had had a formal data-sharing relationship — with established rules of liability, breach protocol, and traceability functions — not only would the aftermath of the breach been less messy, but they could’ve better set expectations with customers about how the matter would be handled. When multiple firms have a stake in the security of their customers’ data, as well as robust clean-up procedures in the event of a spill, that mutual accountability helps protect shared customers.

Beyond mitigating risks, data-sharing initiatives bring mutual rewards. Facebook, for example, recently proposed partnerships with banks and credit card providers. Although no major financial institutions have publicly announced interest in the arrangement, Facebook claims that some have privately proposed their own deals with the social network.

Why would financial institutions want to share customer data with a social media giant? Because more than half of consumers prefer to do business with companies they can communicate with directly. Data-sharing initiatives hold incredible promise not just for personalization, but also for financial product recommendations, customer security, and a better experience. A business’s credit card, for instance, might proactively offer a builder’s loan if it learns the company has retained an architect.

How might data-sharing be governed? The CFPB has outlined principles to protect consumers who share their data with third-party companies. Third-party oversight could be conducted by a body similar to the U.K.’s Competition and Markets Authority, which oversees the Banking Directory.

Financial data is sensitive, and open sharing between entities that are used to competing with one another is a big ask. But the path to one-to-one personalization can’t be paved with money. If banks and fintech groups are to deliver, they need to collaborate with one another, not to mention other companies and consumers. All business may be personal — but the future of business is personalized.