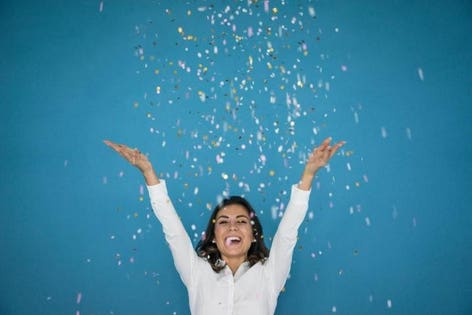 Malcolm Gladwell has built a career out of sifting through dry research, unearthing overlooked ideas and presenting them in appealing or novel ways for readers or customers.

He is best-known for writing regarded nonfiction books like Blink, Outliers and The Tipping Point, and Gladwell’s approach to his craft can help you succeed in business.

Gladwell spends hundreds of hours talking with and emailing other writers about ideas he wants to use in his books.

While speaking, for example, Gladwell gauges his audience’s reaction to figure out what was interesting or boring. He also uses arguments from his audience to hone the quality of his works.

This practice of publicly testing ideas helps Gladwell learn how to articulate himself clearly and concisely. It also helps him decide what to expand on or cut from his books.

He said, “The act of explaining an idea to somebody else is a really good way to figure out how to tell the story.”

You can test business ideas by emailing peers and asking for feedback and by showing early versions of your work to customers rather than waiting until you’ve finished your product or service.

Iterative feedback will help you strengthen the best parts of your products or services and cut what’s not working.

Let Your Customers Own It

Gladwell was surprised by which ideas caught on from his book Outliers, notably the claim that mastery of a skill requires 10,000 hours—or ten years—of deliberate practice.

Later, he found himself in a curious position whereby the book’s ideas and arguments were often misconstrued by others.

A beta customer provides feedback privately about your product or service before it’s released. A reviewer, however, writes their thoughts on Amazon, Trustpilot or elsewhere after you release a product.

You can address the first type of feedback immediately and the second type over the long-term. It’s up to you to decide which responses to address and which to pass on.

Finish It, Ship It, Promote It

Your work doesn’t end after you release a product or service or ship a big project.

Gladwell said, “The book didn’t do well at first…I got it in my head that if I kept touring and I kept giving talks about it, it might revive. I basically did endless promotions for two years.”

The Tipping Point eventually entered the New York Times best seller list as a paperback, and according to Gladwell, “that’s when it was a successful book.”

Promote your work in the right places, with your boss, colleagues, customers or peers. Like Gladwell, spend time meeting would-be customers. Avoid averting your gaze just because a deadline has elapsed.

Gladwell is a successful business writer in part because he understands what his audience struggles with and wants.

He takes ideas from different industries and tells stories about them in a unique way that appeals to his audience.

Even if you’ve no ambition to become a business writer, use elements of Gladwell’s approach to test your products and ideas and help them succeed.