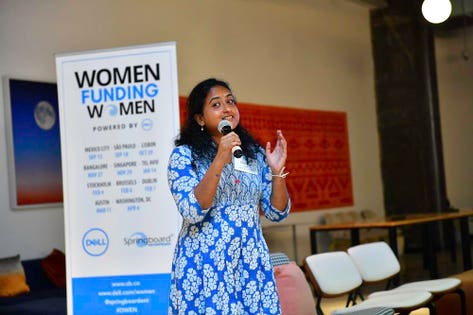 Serebral360° found a great read by Forbes – Entrepreneurs article, “Five Ways Women Will Get Women The Funding They Need In 2019.”

Given all the data showing otherwise, it’s hard to believe that institutional funders don’t know that women entrepreneurs have a harder time raising money. For example, investors ask male founders questions related to promotion or gain and female founders questions related to prevention or loss, according to Dana Kanze’s research among TechCrunch Disrupt competitors. The different focus resulted in men raising five times as much as women.

Yet, institutional investors (79%) and bank loan officers (91%) still believe that women entrepreneurs get the right amount of funding or more, according to The Growing Market Investors Are Missing, a report by Morgan Stanley.

1. Women are becoming angel investors: Between 2004 — the year the Center of Venture Research started tracking angel investors by gender — and 2017, the number of women angels has increased five fold. Of angels who started investing within the last two years, 30% are women, according to The American Angel, commissioned by the Angel Capital Association. “They’re committing a significant amount of early capital to fund women-led businesses,” said Kay Koplovitz, cofounder and chairman of Springboard Enterprises, and managing partner of Springboard Growth Capital. Springboard, an accelerator for high-potential women entrepreneurs, has partnered with Dell Women’s Entrepreneur Network (DWEN) to do a series of Women Funding Women events.

Alicia Robb is an academic researcher and managing partner of several early-stage venture funds. Investors in her funds are mostly executive women plus some exited female founders and scaling founders who intend, when they exit, to become active angel investors. When asked why women join women angel groups and funds, she said “because it’s fun. It also offers a return on your investment and a way to get involved in the entrepreneurial ecosystem.”

2. Venture capitalists get with the program: According to Pitchbook, the percentage of dollars going to companies with at least one female founder decreased over the past five years: from 13.4% in 2013 to 9.8% in 2018. (The percentages differ from the often cited 2% which refers only to all-female founder teams.) Don’t sound the alarm! Shortly, a few trends should make a gradual upward impact on those numbers.

At Least One Female Founder VC Activity as % of TotalPitchBook

The importance: VC firms with women partners are twice as likely to invest in companies with a woman on the management team, according to The Diana Report by Babson.

3. Family offices are a growing funding source: Family offices manage investments and finances for very affluent families. As wives, daughters and sisters inherit money, and women make their fortunes, they are looking not only to make a return on investment but to do so in a way that is aligned with their values. Increasingly they invest in female-founded companies, commented Koplovitz.

4. Regulation enables new ways to invest in entrepreneurs: It takes time for any new regulation — such as the JOBS Act — to show its usefulness. Since 2012, a series of laws around investment crowdfunding has rolled out to help private companies raise funding. Investment crowdfunding allows companies to sell securities, whether in the form of equity, debt, revenue share, convertible note, and more. Locavesting reports that debt crowdfunding vehicles are generating a good return on investment.  “Women, in particular, are outperforming their male peers when it comes to crowdfunding investment capital,” writes its staff. Locavesting covers the intersection of financial innovation and community.

Improvements to the law are needed but, even so, female founders are creating companies that take advantage of regulations to form companies that provide financing.

How will you take advantage of or support women funding women?