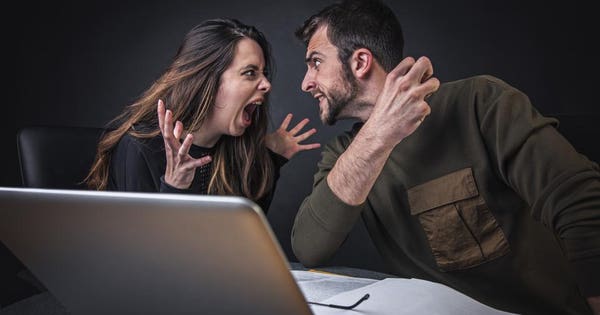 Marry in haste, repent at leisure is probably the moral of one of the latest Tax Court decisions – TC Memo 2018-15.  As is my practice with cases of this sort I will refer to the couple involved as Robin and Terry.  Their identities are public, but they don’t need me to make them more famous.

Here is the story. The facts are as the Tax Court found them,  Robin or Terry might have different versions.

Robin found herself suddenly and unexpectedly a widow in 2008.  She decided to sell her house in Ohio and had a new one built in Florida.  Then she met a Florida man, whom we will call Terry.  They married in 2009.  At least when it came to finances, things did not go so well.

Terry operated an air conditioning business.  It is Florida after all. What were you expecting wood stoves? Robin was listed as resident agent, because Terry told her he had been the victim of identity theft.  She tried to pay the business bills and was aware that the business was struggling, although her involvement was pretty minimal.

When the joint return was filed, Robin knew that they did not have the money to pay the balance, but there was that big deal that Terry was sure to close on soon.  They tried to work things out through bankruptcy but after separating she could not afford to continue the process.

Then there was the abuse:

Petitioner stated that she was verbally abused from early on in the marriage. The abuse grew worse throughout the marriage. After they were married, petitioner discovered that ________ had been lying to her about his prior employment at a police department. She also learned that ______ received cash payments for business transactions that he did not disclose to her. Petitioner finally divorced ________ in 2013. When she asked ________ to leave, he withdrew all funds from their joint bank account and made threats. Petitioner filed for a restraining order, but no action was taken. She now is employed and lives with her mother in a home that petitioner bought after paying off a $20,000 lien on her old home so that she could sell it.

Some Relief – Not Much

Robin was in Tax Court for innocent spouse relief.  She had paid the entire balance of $6,677 after selling her home, but she was hoping to get some of it back.  As far as I am concerned, she should have won and the judge should have yelled at the IRS for bothering her, but there are a large number of good reasons why I am not a Tax Court judge.  Judge Cary Douglas Pugh has to follow the law in her decisions and, from that point of view she can’t help that much.

While we believe petitioner’s testimony that ________ misled her about business prospects, she was the one who withdrew the funds and knew that they would be invested and therefore should have known  that they could be lost. We therefore conclude that petitioner does not satisfy the threshold conditions as to her 401(k) withdrawal, and therefore she is not entitled to relief from joint and several liability as to the liability attributable to that withdrawal. While we recognize the duplicity of _______ and the difficulties of the marriage, they are insufficient to overcome the fact that the liability relates to a withdrawal petitioner made freely (even if she was misled about the quality of the investment). Unfortunately the tax laws cannot right that wrong.

She was, however, able to help a little bit.

Evaluating all of the facts, we conclude that it would be inequitable to hold petitioner liable for any of the tax liability associated with  business because of petitioner’s relative lack of sophistication and the roles of _______ and petitioner in their marriage. Here we take into account petitioner’s credible testimony that __________ had convinced her about his business prospects, his duplicity throughout their marriage, and his verbal abuse. On this record it would not be equitable to require her to pay his liability. Therefore, we will grant petitioner relief from joint and several liability under section 6015(f) for the taxes associated with _______ business.

We don’t get the final numbers of course, but I think it is pretty clear from what we have that Robin is getting well less than half back, but since she was pro se, that is a lot better than nothing.

This is one of the few innocent spouse cases I have seen where the whole problem could not have been avoided by filing separately.  The big mistake was pulling money out of the 401(k). It is almost impossible for Robin to dodge the tax on that.

I’ve been absorbed by the ramification of the Tax Cuts and Jobs Act, so I haven’t been able to keep my usual sharp eye on the courts.  I don’t know if I will ever catch up, but I may feature a couple of cases that are older than usual in the next couple of weeks.  We’ll see how that goes.

Lew Taishoff covered the decision after getting a little philosophical in Entropy.

No one can question that the universe is running down, and inevitably will approach some form of absolute zero, when all molecular activity will end. As a much more exalted authority put it, “Work, for the night is coming when no one can work.”

His observation on the decision is that “Deadbeat ex’s tall tales about his great business saves _____”.  Mr. Taishoff, like the Tax Court, names names.

Taxnotes has Belief in Former Spouse Results in Partial Spousal Relief firmly ensconced behind its paywall.

And that seems to be that.