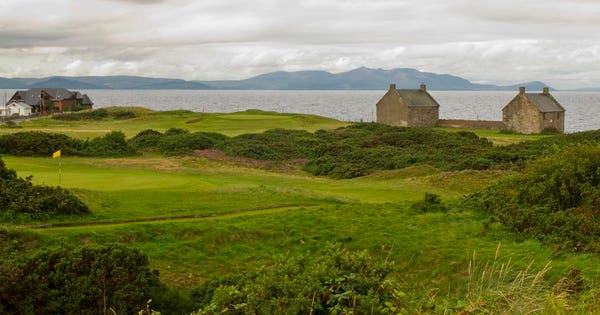 Many users of private aviation in the U.S. and Europe fly commercially across the Atlantic. The reasons are multiple. There’s the cost, typically around six figures each way. There is only a small percentage of private jets that have the range to fly nonstop. Unless you own or have a fractional share in one, there’s the unpredictability of knowing in advance how much it will cost.

Chartering a jet that can fly across the pond typically means calling several brokers, and then comparing a dozen quotes. Besides looking at various aircraft types, who’s the operator for the flights? What’s their safety record? What are the qualifications for the pilots? Do they have experience flying across oceans?

Flying privately to Europe can turn double connections on commercial airlines into a single nonstotp flight, cuttting travel time in half. The convenience and time savings should make them popular for both businesses and high-end leisure travelers such as golf groups. Photocredit: Getty

Having to fly the plane to pick you up or back to base after it drops you off – ferry fees – can add tens of thousands of dollars to the actual flight cost. Extras like deicing, which on a large jet can range north of $7,500, need to be anticipated. What happens if there is a last-minute mechanical? Your broker will typically find a replacement, but most of the time you have to pay any difference. You also have to sort through varying cancellation policies.

Last month, flying privately across the pond became easier to book and budget. While the number of jet card providers more than doubled in the past decade with over 60 today, only two had offered jet card memberships providing fixed one-way rates and guaranteed availability for transatlantic flights.

That changed last month when both Air Partner and JetSet Group each rolled out fixed one-way rates and guaranteed availability jet card pricing for flights between the U.S. and Europe. One-way rates are important as it means ferry fees to reposition your aircraft before and after your flight are already included.

The new jet cards from Air Partner and JetSet Group aren’t the first for these routings, but they are the most flexible. For example, NetJets sells a Gulfstream GIV jet card you can use to fly to Europe, but it starts at 25 hours and is non-refundable. VistaJet offers a multitude of membership options, but to get fixed one-way rates and guaranteed availability typically requires at least 50 hours of travel per year and a three-year commitment.

Both of the new programs start at 10 hours and you can refund your unused balance. What’s more, pricing is pretty much all-inclusive, including deicing.

Air Partner’s jet card is priced at $15,650 per hour with a seven-hour segment minimum. There is a 15% roundtrip discount based on an average of at least four flight hours per day.

That means if you tallied 20 flight hours, you could take a five-day trip (20 hours divided by 4 hours average per day = 5 days) and earn the 15% discount, bringing your transatlantic hourly rate down to $13,300 per hour.

The JetSet card is priced at $14,500 per hour and offers a lead-time of 72 hours for guaranteed availability and like time frame to cancel without penalty. There are no peak day surcharges, and there is a 10% roundtrip discount for trips of five days or less. Funds never expire and can be refunded less 20%. Minimum flight time charged is 6.5 hours.

An example might be from Birmingham, Alabama, to Inverness, Scotland. While the shortest eastbound routing is nearly 15 hours and requires switching planes in Philadelphia and Manchester, England, flying nonstop by private jet cuts flight time in half.

For top executives where time is money, a tiring three-day trip becomes one where they can fly to Europe to visit a factory or seal a deal with a customer leaving after work on a Monday and being home in their own bed Tuesday night, back in the office Wednesday morning.

For a group of golfers being able to fly from their local airport and land closer to the links can mean adding an extra day on the fairway on both ends of the trip.

The new programs also mean you don’t have to worry about commitment to charter flights months in advance, a perk for both business and leisure fliers who may end up needing to change their travel dates if something comes up.

With both Air Partner and JetSet you can use the balance in your account for other flights as well, and with Air Partner it offers fixed one-way rates for flights within Europe. It’s a valuable perk, as you may not need a large, long-range jet for local flights, so being able to book smaller aircraft can save quite a bit of money.

Since both programs are refundable and the booking windows are relatively short, it doesn’t mean that you are committed. Savvy shoppers can still compare the jet card pricing to the on-demand charter market.

Will more players jump in? Andrew Collins, CEO of Sentient Jet, one of the major players in the segment, says, “I think you can expect a variety of forthcoming product developments from us that, very likely, may include an element of transatlantic flying.” Stay tuned.