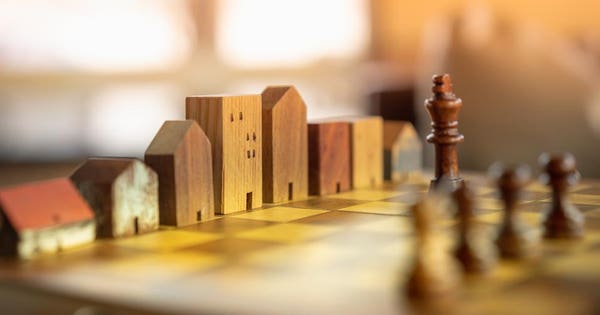 Both financial institutions and fintech startups have made serving SMEs a priority in 2018. However, despite business current accounts like Mettle being created this year, online comparison marketplace Funding Options has helped millions of firms across Europe, especially those that cannot get traditional bank lending because they are early-stage, high-growth or in difficulty, since its launch in 2012.

In conversation with Funding Options CEO and Founder Conrad Ford, he highlighted that the launch of Mettle is “an example of a recent trend of banking incumbents moving away from the ‘petting zoo’ environment of fintech incubators and accelerators, and instead fighting back with their own standalone fintech challengers.”

Ford continued to say that it is “an open secret that almost all the major UK banks have similar digital bank projects, at various states of advancement.” He also said that Andreessen Horowitz Partner Alex Rampell’s message that “the battle between every startup and incumbent comes down to whether the startup gets distribution before the incumbent gets innovation” is what we are currently seeing playing out in banking today.

But why SMEs? Ford referenced U.K. government statistics that show that firms spend less than two hours when researching for funding options while over 66 percent approach a finance provider – usually a bank. With Funding Options, SMEs can pick and choose alternative finance quickly and easily and the marketplace also recently became the first fintech in the world to allow a small business to compare a loan using Open Banking data.

While the U.K. has been supported by the tax environment, Ford said that the most recent Budget may have an indirect impact on serving SMEs because from January 2019, the annual investment allowance will be raised from £200,000 to £1m for two years.

Ford revealed that because of this, there may be an increase in activity in the space but leaving the European Union may hinder this or slow down the process. Funding Options is also in a good position because it is one of three companies with a HM Treasury designation, which means that major U.K. banks must refer rejected SME customers to them by law.

“The Bank Referral Scheme has given us a seal of regulatory assurance, which has been fundamental to banks wanting to partner with us to help their small business customers. It has attracted global attention, and in fact in our recent fundraise we had interest from investors across the world. In the end, we decided to take £5 million in investment from the corporate venture capital arm of global Dutch bank ING.”

In addition to this, Funding Options seems to be a leader in its industry because marketplaces have started to emerge as the “dominant distributors” and Ford used Booking.com, Skyscanner and Amazon as examples. “This trend has been largely true for consumer financial services, with the emergence of price comparison sites such as MoneySuperMarket in the UK. I see the same trend towards marketplaces like Funding Options as inevitable for business lending, as the sector moves online.”

Ford continued: “Banks increasingly understand that to compete in this new online environment they need to deliver the best solution to help customers to achieve their goals. At Money2020 in Amsterdam the Chief Executive of one major global bank put this better than I can, saying “If you truly want to empower customers, you have to provide them with the most relevant offering – even if some of the products and services are not your own.””