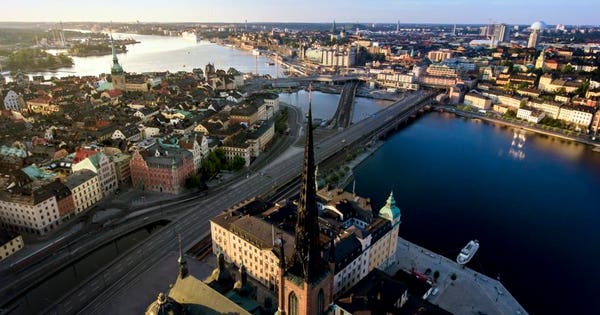 The aim of the incubator is to train the entrepreneurs of the future, support them in validating their products and target markets, and testing value propositions and business models to build scalable and sustainable companies.

The startups accepted will have access to bootcamps and intensive business coaching sessions, mentoring, startup industry know-how, and marketing services.

Jessica Rameau, Chief Investment Officer at Wellstreet, who is leading the incubator, says that the selectors are looking for startups worth up to SEK 20 million in pre-money targeting the Nordic or European market, with at least one founder, but preferably the whole team, based at Wellstreet’s  Factory hub just north of central Stockholm.

The selectors are looking for companies in the Nordics that will generate a small revenue from Day 1, and that could break even within 18 months. Wellstreet aims to secure a stake of at least 5% in each startup.

“We are looking forward to bringing the best of Google to the best entrepreneurs in the Nordics,” said Kevin O’Toole, Google’s Head of International Growth for Launchpad. “The Powered by Google Developers Launchpad program is about empowering startup communities around the world, and helping them leverage each other for insights and resource sharing.”

Google believes that startup markets outside Silicon Valley will increasingly impact the global startup and technology ecosystem. While it is arguably easier than ever to start a company, it argues that access to success methodologies, expert mentors, and ecosystem best practices for building companies remain unevenly distributed.

The answer appears to be yes, according to research from Singularity University which shows that startups participating in an accelerator program had a much higher chance of securing investment funding for the first time.

In contrast, other support programs such as incubators and training workshops did not lead to any increase in the odds of finding funding.  Singularity’s report concludes that accelerators are fundemental in building a community of entrepreneurs, by forming clusters connecting entrepreneurs with mentors, knowledge, and resources, including investment funding.

My Forbes.com colleague Alejandro Cremades writes that there are now around 7,000 incubators and accelerators globally. The first accelerator was Y Combinator, set up by Paul Graham in 2005 in Cambridge, Massachusetts, which later moved to Silicon Valley. A number of Nordic startups have been accepted on the Y Combinator programme.

Applications are  open for the programme which starts in Sepember 2019 at  wellstreet.ventures.