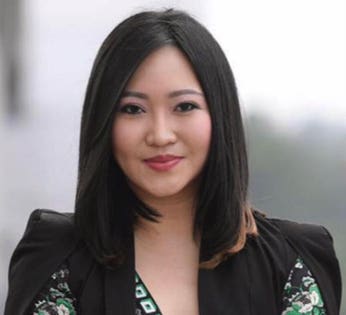 Serebral360° found a great read by Forbes – Entrepreneurs article, “How BOLT Is Disrupting The Digital Entertainment Industry And Taking It To The Developing World.”

The early part of this century witnessed the meteoric rise of OTT streaming platforms like Netflix, which captured the attention of a generation gravitating towards a world of on-demand digital entertainment.

While the likes of Netflix and Amazon Prime have re-defined cord cutting content for more than 90 million people, those in developing nations and emerging markets have been left without access to their content. Now smartphone entertainment platform BOLT is setting out to remedy the situation.

From the latest music videos and the 2019 Cricket World Cup, to BOLT original content and interactive games, the platform enables low data users from developing countries and around the world to access quality content as never before.

In a world in which consumers are simply not content with a passive role, the app will also provide users with the opportunity to become creators as well. With the incentive to create and submit their own content, users will be introduced to BOLT Tokens, a unique currency that can be traded between users via the BOLT wallet and used to purchase mobile data plans, premium content and even trade for cash.

The company was co-founded in 2017 by global tech entrepreneur and former broadcaster Jamal Hassim, and Twitter’s former head of content Christel Quek. In an era of exorbitant licensing fees and data requirements their goal is to bring entertainment ‘back to the people’.

“As founders, our passions lay at the intersection of stories and technology,” says Quek. “We realized that by combining our passions we could create a new paradigm that would empower the creative community and uplift a whole generation of people who were just starting to get onto the information highway and the monetary highway.”

Their aim is to deliver great content that is informational, uplifting and localized for emerging markets and ensure that it would also be interactive, bandwidth friendly, and accessible on mobile.

Quek says: “We wanted to give people access to meaningful content, while allowing creators to be rewarded via the BOLT ecosystem expansion,  without the complexities of share issuances, and with insulation against the fluctuation in emerging market currencies.”

To achieve this they built BOLT as an ecosystem on the blockchain to provide an instore ecosystem of value that increases as utility increases. BOLT users can accumulate BOLT tokens to be used within the ecosystem, or exchange them for other popular tokens that can be bartered for in their respective fiat values.

The app comprises two main products, the BOLT video streaming service, and the BOLT Wallet, both of which have been developed internally in the past year. The company held a Token Generation Event in 2018 and an Initial Exchange Offering, which enabled them to raise over $12 million.

“This has allowed us to capitalize and fund the necessary development for the BOLT business,” says Quek. “Our mode of monetization is through telco partnerships and a brand sponsorship model for our premium playlists of content.”

Tokens are required to access services on the platform, but there are a number of ways for users to earn them by participating in the community. Those who publish content can earn tokens from those who view that content. Those who help the community by voting on content or participating in community-based content moderation and those who want to translate content into a different language can also earn tokens.

The success of the venture rested on signing the right partnerships for the team that would strategically grow the BOLT ecosystem. To achieve their objective the founders had to establish key partnerships in the markets they were targeting: Africa and Indonesia and get major brands like the Discovery Channel on board with content partnership.

“We are proud to be able to partner with a variety of partners including hardware manufacturers like Hisense and fintech companies such as Payfo,” says Quek.

BOLT has already signed on ambassadors across Indonesia, East Africa, and Bangladesh to submit content across news, technology, lifestyle and sports reporting.

“Users can choose how the platform operates for them,” she adds. “They can be contributors or consumers, but the super-profits earned by centralized social media platforms will not exist. The value exchange in the BOLT ecosystem is entirely among network participants.”

Their immediate plans for the business will be to focus on growth across Asia, and selected territories in Europe and Africa this year, and they are currently finalizing an equity fund raising round. Aside from the $12 million raised last year, everything else has largely been internally funded by the founders and a small number of minority shareholders.

Quek says: “We believe that BOLT can be a win-win for creators and users to mutually unlock value by participating equally in the ecosystem, whether that’s by contributing a news highlight from Tanzania or subtitling a Korean music video into Bahasa Indonesian.”