Serebral360° found a great read by Forbes – Entrepreneurs article, “How Hemp Production Can be Leveraged Using Technologies From Drones To AR.” 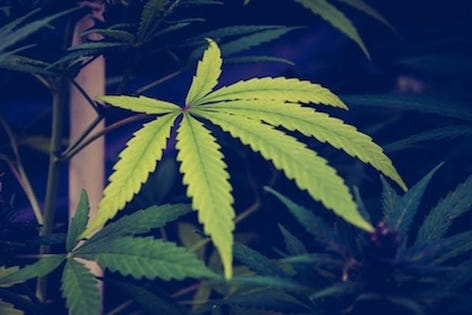 If you are a software developer or creative professional working remotely and living in places like the Netherlands or the United States where some forms of cannabis intake are legalized, then you may have already found out that cannabis can help you focus. It can help you hone in on your work or zone out and get that code or logo finished.

Cannabis has been a huge subject of debate and media attention lately due to the fact the U.S. Government made hemp legal federally and this has skyrocketed the CBD industry as a profitable farming endeavor (even displacing other crop production by some farmers). Hemp is not the same as marijuana or traditional cannabis because it does not contain THC or the psychoactive element that causes a high in cannabis smoking or intake. In fact, due to how similar hemp looks to marijuana, U.S. Police have been raiding hemp transportation trucks and the drivers have been put under investigative causing a controversy on enforcement.

(The difference between marijuana and hemp production is explained further here. Note, the difference are subtle as both come from the same original plant: Cannabis Sativa L. Hemp is usually not smoked , but ingested orally as capsules or pills or alternatively cooked with edibles.)

I find the news very interesting living in Europe where cannabis laws vary greatly. I currently live in Poland where marijuana is outlawed, but hemp seems to be also legal and treated as a medicine (thus it may be limited to such usage), but as in another country like the Netherlands the situation is entirely different legally with more openness to even standard marijuana. U.S., like Europe, varies state by state, however it seems to be slowly moving into the realm of full legalization as hemp is right now. Even former prosecutor and presidential contender Kamala Harris has said things in favor of legalizing it fully (Bernie Sanders likewise previously called for full legalization).

Now where does technology fit in Cannabis Production?

Besides being a zone out drug or a relaxation and pain alignment that can help remote workers focus on their work, or in other cases forego it entirely thus maybe not being a good idea for those personality types, there is a connection between cannabis and technology.

In fact, I found a site focusing on this connection and ways technology can be used to improve cannabis production. It is called Cannabistech. Examples include the use of drones and multispectral imagery. Augmented Reality (AR) is also something that can be leveraged in the industry.

Drones have cameras built-in and can scour an entire harvesting area with ease. Being able to capture this data and analyze it later can mean the difference between ok and amazing crop quality yields. Because producers can respond to the weather conditions easier by looking at such imagery. Drones come in handy due to the cos savings and other benefits over hiring a traditional pilot to fly over the crops periodically.

Augmented reality can be used to the benefit of the cannabis industry in being able to show how a growing cannabis plant looks like within a household or teach users how to effectively harvest the crop.

However, like any industry these days, cannabis production can greatly benefit from the Internet of Things (IoT) as a whole. With adding online connectivity, sensors and automation practices to cannabis production, companies can save money and produce better crops on a massive scale.

I have previously covered the use of robotics, IoT and machine learning algorithms for various industries, with a focus on manufacturing, and cannabis is one where I would say there is a lot of untapped potential. There is a lot of different types of cannabis one can harvest with different colors’s, flavors and strengths and that come in different form factors: including oils, edibles and smoked hemp.

Being able to harvest the top quality cannabis or hemp and do it efficiently and on a massive scale can be done using automation, monitoring, with safe-checks in place, and other methods related to machine learning, AI, IoT principles and by embracing technology. Giving the right amount of water to the plants as they grow and the right amount of sunlight as well as warmth, can be crucial between success and failure.

As I previously mentioned, hemp is legal in the U.S. And much of the world. It is a crop that is a hot topic right now due to potential yields. The crucial difference between hemp and traditional marijuana is the lack of the psychoactive element THC. So, in order to be safe and legal, and wanting to take a hit, be sure it is hemp you are ingesting (as edibles) or smoking.

Hemp oil production in particular has seen a huge resurgence as of late and has gaining a lot of attention amongst medical professionals due to its medical qualities in the alleviation of pain. As long as one obtains CBD from a reliable supplier it should be both safe and legal in the U.S. If you are outside of the U.S., please check our local laws on the subject.

One CBD oil producer and supplier is Verma Farms. It produces its oils THC-free, thus legal, organic, GMO-free and even vegan. There are also a variety of oils to choose form as you may know if you are an avid hemp user (there is a wide range of qualities as I mentioned above or different flavors and using IoT manufacturing can help producers in finding the right ones).

The company says it uses organic and pesticide-free production methods of its oils and relies ona distilling process that is simple in nature. It also adds some naturally-occurring ingredients to the oils it produces for added flavor.

What is interesting is that on the company’s FAQ, it says the oils offer an extremely low THC presence, so for those wondering, this may mean some is still detectable or present. This may make those of you smile looking for that bit of a high and the good thing is that it is still legal due to the low amount.

“Cannabis products (like Verma’s) with extremely low THC content are no longer subject to the Controlled Substances Act. Though state laws vary and CBD products cannot be marketed with health claims without FDA approval, federal regulations no longer forbid use of low-THC CBD products.”

Verma Farms is an example of a company offering legal hemp in the form of oils and the industry is growing as a whole due to the trend in much of the modern world to legalize it.

You can read about various CBD producers here. However, be sure who you trust as some claim naturally-producing oils when in fact they do not. Quality and extractions also vary widely.

Combined with IOT production, this could be the crop of the future. Drones, AR, IoT, automation and various technologies are being utilized to produce the best crops and the companies not modernizing their production processes will be left behind. Hemp may also prove to be a great asset in the medical field as it becomes more standardized and widely available. Diseases and conditions such as Alzheimer’s, Parkinson’s, anxiety and depression can all benefit from its intake.

New industries may also emerge or technologies developed that are needed to allow enforcement to be able to tell the difference between hemp and psychoactive marijuana. This is because drug-sniffing dogs will detect both in a similar way and the fact the only real difference is the amounts of THC present.