Serebral360° found a great read by Forbes – Entrepreneurs article, “How Innovators Can Create Prosperity For Many And End Poverty In The Process.” 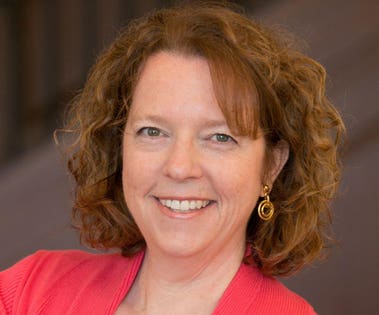 Most of the world’s great market-creating innovations – innovations for which there was previously no offering for a particular consumer, or no affordable offering – have transformed economies, nations, and created entirely new segments of consumers.  Most passionate innovators lie awake dreaming of the potential ubiquity of something they create. But now there’s something else they can dream about as well.  Through their market-creating efforts, they can imagine potentially lifting millions out of poverty.

I spoke with Karen Dillon, co-author with Clayton Christensen and Efosa Ojomo, of The Prosperity Paradox: How Innovation Can Lift Nations out of Poverty, recently released.  She says, “The idea for the book was born from Clayton’s observations of South Korea’s dramatic transformation from poverty to prosperity. We realized that we needed to radically change questions from ‘How do we end poverty’ to ‘How do we create prosperity?’  Changing the question leads us to dramatically different solutions.”

The book is an application of innovation theory, normally applied to companies, to nations or regions largely living in poverty.  It offers practical wisdom for innovators looking to have major impact on markets, and the world.  But Dillon warns, “This isn’t for the faint of heart. If it were easy, everyone would be doing it. This isn’t about the low hanging fruit like adding new flavors or colors to existing products.  This is about seeing possibility where there is nothing but unmet need and nonconsumption.”

Still, the book’s examples of prosperity being created in unimaginable places are compelling. For the innovator with tenacity, imagination, and conviction, the opportunities around the world, and in our own backyard, are immense. If you imagine being such an innovator –whether a solopreneur or innovating within the walls of a large company, here are some foundational principles with which to begin your expedition.

Identify pain for which there is no solution.  Says Dillon, “To produce market-creating innovations, innovators much stop trying to be the next Uber of their field, and instead, find a problem that is so bad for which there is no solution at all. Not bad or unaffordable solutions. None.”  The book chronicles the story of Mo Ibrahim, founder of Celtel, Africa’s telecommunications pioneer. In the early 90’s, he saw the difficulty of African people having to make week’s long journeys just to check on a parent or visit a friend. In the face of staunch resistance to what was seen as an absurd idea, Ibrahim believed that cell phones could solve a painful reality for many African people. While most African’s had never even seen or used a phone, much less owned one, he saw an opportunity. He didn’t think about whether they could afford it, he thought about how to make it affordable. He didn’t think about the vast lack of infrastructure, fragile and corrupt governments, or need for labor, he simply determined to meet the painful unmet need he saw.

Within six years, Celtel was in 13 African countries with more than 5 million customers.  Today, Africa is home to many large telecommunications companies, serving more than 965 million customers. By 2020 it will support 4.5 million jobs creating over $200 billion of value to African economies. While the inevitability of cell-phone ubiquity may seem obvious in hindsight, twenty years ago, Ibrahim saw what no one else did.

Contextualize the business model.  Many innovations fail because they disregard the context in which those innovations must reside.  Microsoft’s launch of Encarta as a CD digital encyclopedia in the 90s failed to take into account the improving, and free, Wikipedia and eventual ubiquity of web-based information.  Says Dillon, “The business model can’t be imported.  The “Made and works here, so should work there” mentality is almost always a recipe for failure.  To create markets, the ‘add water and stir’ approach to scaling dangerously sidesteps context. You need to be on the ground, experiencing the context first hand. You can’t just scan headlines and make guesses.”  Dillon suggests, instead, that a “for us, by us” approach to market-creating innovations produces far more sustainable impact. That means innovators must be immersed in the context, looking for unmet needs, spotting nonconsumption, and listening to the needs of those for whom innovation could lead to prosperity. They must live with the implications of their innovation to avoid creating new problems.

The unlikely creation of an entire film industry in Nigeria offers a wonderful example. A Nigerian businessman had a case of unused VHS tapes he couldn’t sell.  So he decided to make films about Nigerian stories for Nigerians in their own language.  Today, “Nollywood” has created more than 1500 movies, second only to India’s Bollywood.  Now, instead of having to consume Hollywood’s and Bollywood’s content, stories that were not relatable to the everyday lives of African’s, they can now consume content in which their own stories are told and their own culture is featured.  The Nigerian film industry is now nearly $1 billion, and has impacted the broader Nigerian economy.

Make it about them. Too many well-intended social entrepreneurs become dangerously wrapped up in their need for impact. While it’s noble to want to make a difference, innovators need to be ruthlessly self-honest about their motivation to do so in order to feel good about doing so. Dillon says, “Innovators can’t think of this as ‘my job do get done’ but rather must think about it as ‘their job to get done.’  When innovators fall in love with their own ideas, they produce short term solutions .”  Many social entrepreneurs are motivated by guilt or pity. But that is the fundamental problem in the world’s current paradigm about poverty.  Trillions of dollars have been given to aid developing nations with little or no visible impact.  Co-author Efosa Ojomo tells his disheartening story of genuinely desiring to provide access to clean water for those in Africa, a known unmet need.  His organization raised money to drill wells, only to discover that once those wells broke, they remained non-functioning. Most of the wells failed after several years.  For him, this raised questions about whether or not injections of aid and resources into impoverished contexts was really the best way to help them alleviate poverty.

Contrast this to the approach of Water 1st International, a Seattle-based NGO whose methodology for providing clean water and sanitation is radically different.  They build partnerships in the countries they serve, build self-sufficiency within those communities to help them build pumped, high-quality water systems to their homes and communities, and train them to fix them, and govern their usage, and hold them accountable to maintain them. Since their beginning, 100% of Water 1st’s water and sanitation projects remain fully operational.  The fundamental reason for Water 1st’s success is their radical focus on building self-sufficiency and dignity into the communities and people they serve.  And many of those communities go on to prosper with schools and businesses that water access allows.  Girls can go to school instead of spending five hours walking to retrieve contaminated water.  Children are healthier because they aren’t incurring as many water-born viruses.  And jobs are created through the access to clean, safe water.

For innovators with the chops to create market-creating, and prosperity-generating innovations, there is opportunity close to home. Says Dillon, “Innovators don’t have to travel across the world to contexts that are radically unfamiliar – that’s not for everyone. But right here in our own backyard there are decaying milling towns and abandoned factories, towns in decline with potentially rich labor pools ready to be resurrected.  Go visit those towns.  Read about and talk to innovators who are working on game-changing and prosperity-creating innovations.  The unmet needs are there.  But you can’t find what you’re not looking for.”

The world is teeming with unmet needs for which there is currently no solution. Untapped markets of consumers, regardless of their economic reality, await innovations that help lift them to prosperity by providing the opportunity to thrive and participate in their economy in ways they’ve never imagined.

So, what market is waiting for you to create it?