Serebral360° found a great read by Forbes – Entrepreneurs article, “How To Develop And Model Influence To Further Your Team’s Success.” 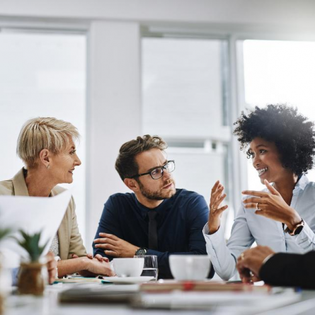 All teams want to be successful in achieving their desired outcomes. One of the most important ways to ensure a team’s success is for their leader to develop and model influence. An influential leader denies the use of coercion and, instead, builds trust with their team to gain the desired results. Many people consider themselves leaders, but not all leaders lead in the same way. There is a difference between being considered a leader because of a given position versus a leader who leads with influence.

You’ve most likely been in situations where a team follows the leader due to a title or the hierarchy of the business. When a team is led in this way, there is usually tension, fear or disconnect among them. If, on the other hand, you’ve ever experienced a leader who leads with influence, you will likely describe the team dynamic as united, full of clarity and motivated — three essentials for success.

I always strive to lead with influence by implementing the following steps into my leadership strategy. For a leader to develop and model influence, these are three of the essential actions to consider:

“A servant-leader focuses primarily on the growth and well-being of people and the communities to which they belong. While traditional leadership generally involves the accumulation and exercise of power by one at the ‘top of the pyramid,’ servant leadership is different. The servant-leader shares power, puts the needs of others first, and helps people develop and perform as highly as possible.”

Shared power is important. Leaders must care for and give opportunities to their people. Taking the position of a servant shows that you as a leader care about the opinions and needs of others, invest in community building rather than growing a following, and demonstrate a character of humility that is admired and respected among teams.

More times than not, leaders don’t want to reveal mistakes they have made or any concerns they might have about the future. Many leaders want to lead with courage, but few understand that to be courageous, one must first be willing to be vulnerable. The idea that a leader needs to learn how to show vulnerability may be a new concept, but there’s plenty of data to back it up.

To paraphrase from her book Dare to Lead and various core teachings, Brené Brown has found that leaders who can show up without their armor and with a sense of openness among their teams have more success. A vulnerable leader is not afraid of tough conversations and cultivating an environment where people feel seen, known and heard.

Vulnerability should no longer be equated to weakness and, instead, should be considered a courageous act. Without leaders who are willing to be vulnerable, no one takes risks — which means creativity is placed in a box and growth is stunted. If a leader wants to have influence, courage and risk-taking must be at the forefront of their leadership, and that requires vulnerability. Be open with team members about struggles you have faced. An anecdote about a mistake you made and what you learned from it will go a long way.

3. Root for your team’s success — even when it doesn’t benefit you.

Many people can relate to working for someone who isn’t invested in their dreams of the future. But when you invest time and attention into your team members, I have seen that it directly benefits the leader’s desired results — even if what is best for the team member isn’t what the leader wants.

For example, if a team member is working at a company but has an entrepreneurial spirit with his heart set on creating his own business in the future, a great influencer cares about the goals of this employee and helps build the skills needed to get him to where he wants to be — even if it means he will eventually move on from the company.

As an influential leader, get acquainted with the desires of your team members and invest in them. When you invest in your team, you will find that you get the best out of them while they are with you — and what more could you want?

If you want to further the success of your team, try experimenting with one of the three action steps above and watch yourself go from being a positional leader to a leader of transformational influence.