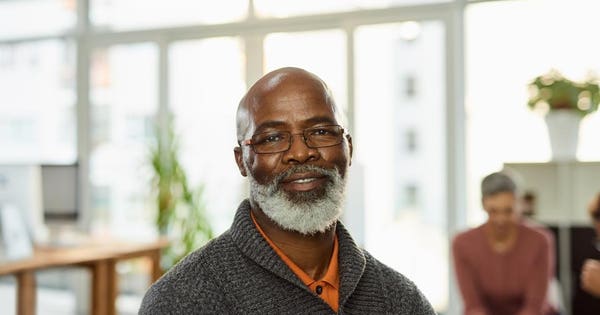 Serebral360° found a great read by Forbes – Entrepreneurs article, “How To Fix Racial Disparities In Entrepreneurship Over 50.”

It would be easy to think that most people passing age 50 are planning for retirement, certainly not thinking of starting a new career — let alone launching a venture. Yet new research by my colleague Yu-Chih Chen and me estimates that nearly two in five Americans between age 50 and 70 are interested in starting businesses or nonprofits within five to 10 years. Yet our results also tell a story of opportunity for some, and not for others.

Entrepreneurship Opportunities for Some, Fewer for Others

The research my colleague and I did was based on a survey conducted by the national nonprofit, Encore.org. We found that interest in starting a new venture is similar by education, income and wealth. And when it comes to race, older black Americans age 50 to 70 have much higher levels of interest in entrepreneurship (27% reported the highest level) than older white Americans (11.1%). Yet regardless of age, actual entrepreneurs are less diverse. They’re more likely to be white and to have higher levels of income, wealth and education.

Among those in our sample currently in the workforce, roughly 17% of older black Americans worked for themselves, compared to about 25% of older white Americans.

In other words, there is a disconnect between aspiration and action — an “opportunity gap” — in which becoming an entrepreneur is easier for some than for others.

So, when it comes to entrepreneurship in America, for people in their 50s and 60s, aspiration is egalitarian but fulfilling these aspirations is not.

Why Some Groups Are More Likely to Become Entrepreneurs

Why are some groups more likely to become entrepreneurs than others? A key answer is opportunity.

These are all examples of how human, social, and financial capital are key players in linking people from entrepreneurial aspiration to action.

How to Create Entrepreneurship Opportunities

How might local business and civic leaders, academics and engaged citizens create more opportunities for all?

Entrepreneurial initiatives should also consider the roles that adults in mid- and later-life might play: Mentors, yes—but also as students. The AARP Foundation is already doing this through its Work for Yourself@50+ workshops helping older adults with limited income explore options for self-employment and increase their financial stability.

Colleges and universities, which are increasingly emphasizing the role of entrepreneurship and social innovation, need to increase offerings into communities who have not had access to their rich bodies of knowledge. The schools can also help minorities in midlife learn from members of these communities, who have insights to share.

But we also must admit that the very systems in which we distribute key benefits related to living a good and healthy life — health care, retirement savings,and others — are linked in an incredibly inefficient and inequitable way to the workplace. This has a very real effect on entrepreneurship and self-employment.

This is a surprise to many Americans, who see entrepreneurship as part of the American dream.

Creating a system that supports our entrepreneurs’ health and retirement would engender more opportunities for those who previously couldn’t afford to take the risk. These are aspects of a robust safety net often unavailable to  current entrepreneurs — and others— in the U.S.

Since small-business formation is  an important driver of job creation in the United States, addressing the racial disparities in entrepreneurship is important for our economy.