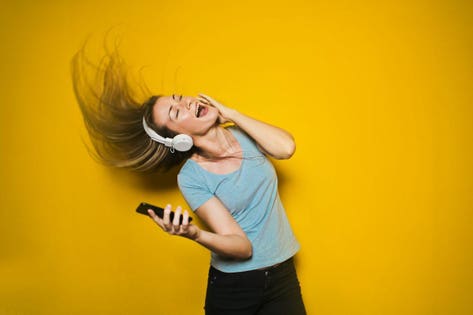 Serebral360° found a great read by Forbes – Entrepreneurs article, “How To Get Booked As A Guest On 30 Podcasts In 30 Days.”

Photo by bruce mars on Unsplash

Photo by bruce mars on Unsplash

I had a theory that instead of getting on the ‘social media is all bad’ bandwagon, I’d test an idea to use it to activate the hive mind of my network, and offer a chance for people to help me in a way that didn’t require much time, thought, or effort.

I wrote two posts (one on Facebook and one on LinkedIn) making a very specific ask: to help me be a guest on 30 podcasts.

While some doubted that I could generate my desired result without hiring a booking agent or publicist, I had a hunch I could. And spoiler alert: not only did I, but I booked over 50 and recorded them all in under 60 days.

Several folks in my network attempted to do a similar exercise after seeing mine, some successfully and others not. So, I wanted to break down for you what I did and why it worked in case you want to try this, or any similar version of it, for yourself.

Before you ask, give.

Before you ask for anything from anyone, it’s best to have added value first. It could be by way of a useful introduction, suggestion, tool, or otherwise. If you want specific tips on how, check out my 30-day #GiveItForward challenge.

Allow others to help you.

There’s much evidence that suggests that we are all wired wanting to help one another, and that in doing so, the giver ultimately feels great, too. So, it’s always a good idea to create opportunities for others to trigger this giving instinct. The more specific you can be and careful of the time it will take for them to do it, the more likely you’ll get a ‘yes’.

Allow me to give you a core belief I hold, which serves as a caveat to all of this: givers win in this world. Givers are not those who have a quid-pro-quo mentality; nor do they believe that it’s all about them, a la’ a ‘winner takes all’ mindset. We have social scientist Adam Grant to thank for his research on this, too.

Now allow me to break down the ingredients for a post that will get the traction you need:

It can be tough to break through all the clutter on social media. Having a picture is a good first step. Having one that aligns with your message will be even more helpful. I selected the one you can see below (along with my post) of me, on a microphone, in a studio.

You have only seconds to get, and keep someone’s attention, so make it count. My first line is “Need your help please!”. This sparks the interest of our natural proclivity to help. So, then you keep reading.

Have a clear and concise ask.

If people have to discern what you mean, they’re on to the next thing. So, make your ask unquestionably clear. Mine: “I’d like to be a guest on 30 podcasts and book them in the next 30 days.”

Make the ask big enough, but not insurmountable.

I could have aimed lower and asked for 10 bookings. But when people saw I had a few comments, they’d be more likely to skim past it, assuming they were too late. If I asked for too big a number, say 100, they might think it wasn’t worth trying to help me reach a goal they don’t believe I could. By asking for 30, enough people felt as if their help would matter. As you see, on this post alone, there were 211 comments, signaling that people noticed and felt their reply could help.

If I didn’t say why this mattered to me, it would be left to the readers to ascertain my intentions. It might leave them assuming incorrectly. So, instead, I shared openly that: “Why? I realize how energizing it is for me (general cue to do more of it) and have received encouraging feedback from listeners of the dozens I’ve been on. In the spirit of giving that which I have in service to others, I’m asking for your invitation to be on your show, or to be introduced to your friends who have one for which I’d be a good fit.”

You may have noticed in the previous section that I wrote in my post “…and have received encouraging feedback from the listeners of the dozens I’ve been on.” This was intentional, to let people know that I’m not a rookie, and will make them look good if they offer a recommendation to a friend, or have me on their show.

Be sincere and authentic.

If any of the aforementioned statements isn’t true, don’t say it. If truly you want to promote just your stuff, then be real about it. For me, I’d gotten too deep into the weeds of my business over the four prior months, and wanted to reconnect to the deeper ‘why’ behind it. This was a true and authentic embodiment of that.

Don’t make them work hard to read between the lines.

Ideally, your social media network knows something about you. However, don’t make them do the legwork. In this case, instead of letting them guess about what I could speak expertly, I laid it out (by saying, “We can talk lifestyle design, defining success for yourself, bootstrapped entrepreneurship, network-building, and/or anything you’d like to discuss and to which I can add value.”

Now is when your work really begins. Once the wave of tags and comments begins, it’s on you to reply, private message, follow up, schedule, and record all of the shows. This is fruitless if you don’t. I even went back to the original messages several times to pick up on any chains that went dormant. In this situation, I’d ask for someone’s info so I could contact them to schedule or learn more, or where the same would happen over email or Facebook or LinkedIn messenger. Additionally, once it’s time to record, you need to be prepared and be a great guest. Someone put their faith in you as well as, if they recommended you, their reputation. Don’t let them down (ie don’t ask if you can’t perform).

After I recorded every single episode, I followed up by phone, email, or voice text thanking the person who suggested me for the show, to let them know that we’d recorded and that I was grateful to them. In some cases, I’d pay it forward and suggest another guest. Additionally, I’d thank every person on the social media post who responded.

Once the maelstrom has died down, if you wish, go back to the posts and make a comment at the bottom of the thread thanking everyone again and letting them know the result of the experiment. Then, everyone feels a part of your success. Additionally, it shakes the tree and reminds anyone who commented but went silent before booking or following up to do so. It also brings the post back up in people’s feeds, since the post has a great deal of interaction and  recent momentum. I got several more bookings after I wrote this follow-up comment.

Be open to anything that comes.

If you have stipulations, share them intially. Otherwise, be open to taking any offers that come, until you hit your goal. I knew going in that I’d be invited to many shows that were not yet established, and/or which didn’t have a big following. I was okay with saying ‘yes’ as it’s in the spirit of my ask. I felt that if I were selective after people’s efforts to help, it would break that spirit. After the 30, though, it was up to me to decide.

It might be tempting not to bookend the ask with a time frame. I found that in doing so, (30 days in this case), it motivates people to take immediate action because they know there is a time limit.

Once your episodes air, share them (thoughtfully, not in a way that inundates your followers). It helps the podcasters expand their reach, it keeps you top-of-mind to your network, as well as plants a seed that you’re a regular on podcasts in case others are asked for guest suggestions. It’s great to tag the person who introduced you to the show and thank them here, too.

In doing over 50 shows in this short amount of time, I’ve gained additional benefits: you become extraordinarily present during the recording sessions, which is a gift unto itself; it helped me nail down my talking points; I learned what parts of my message people gravitated towards most; I expanded my reach and audience; and I began to build new relationships with the hosts.

Send me a note and let me know if you try this experiment (or a derivation of it) and how it pans out!