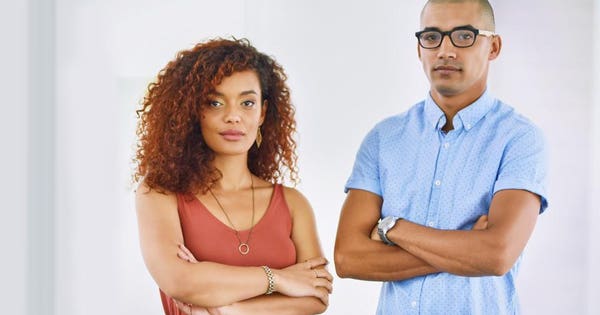 Serebral360° found a great read by Forbes – Entrepreneurs article, “How To Respond To A Pay Raise.”

How good is your business poker face?

My company once hired a college graduate into our sales training program.  He started along with twenty other new recruits, but he was different from day one.

While his peers were comfortable learning the ropes, he possessed a heightened sense of urgency. He interviewed every successful salesperson that would spend time with him. We had to kick him out of the office as he never wanted to leave.

He mastered every assignment in half the time of other trainees.  Within a few months, he was selling products while most of his peers on the program were content with learning. He did the dirty work, making cold calls, and setting up appointments for senior sales reps.

He developed so quickly that he was soon delivering value far above his entry-level salary. He was generating comparable results as some of our veterans who were making triple his income. It was clear that he was different, and we wanted to make sure he stayed with us.

Six months into his role, we decided to reward him with a 20% increase in salary. The other twenty college graduates who started at the same time would not be receiving an increase until merit time, some six months later.

We sat him down, thanked him for an incredible start with our company, and told him how much we appreciated him. Feeling proud of our kind gesture, we told him about his increase and then waited for his emotional acceptance speech.

It never came.  This talented kid stared at us blankly and simply said: “Thank you.”

We endured an uncomfortable pause, waiting for the rest of his gushing response.  Surely, he was just choked up and searching for the right words to capture the gratitude he was feeling at this moment. Nope, just a blank stare.

One of our managers broke the silence by explaining how unique this pay increase was. She went on to explain how the pay increase process works and how we were making a significant exception just for him.

He smiled and responded again with: “Thank you.” Not sure where to go with the conversation from there, we let him get back to work. When he left the room, we were rattled.

“What the hell was that all about?”

“Doesn’t he know how unusual a raise like that is?”

The conversation quickly moved from frustration to panic.

“Do you think he is leaving?”

“What if he has another offer paying more than that raise?”

Knowing how valuable he was to our business, his response forced us to keep thinking about his market value. What would a competitor pay to land someone this talented? In that context, the percentage was immaterial.  All that mattered was his absolute market value.

Get Your Manager’s Attention With A Poker Face

In the curious case of our top performer, we made the decision for most of those reasons.

The relative lack of emotion concerned us enough to chat with him again the next day. I wanted to understand what he was thinking.

“Hey, it wasn’t lost on me that you didn’t seem thrilled with that raise yesterday. Everything OK?”

Go ahead, make my day.

“What do you want to do next with this company?”

“I want to become the highest paid salesperson in the region.”

“Great goal. You are performing as well as some of our experienced sales reps and I can see you pushing our top people in no time.”

“Yes. That is why I believe I deserved that raise. I know how much the other sales reps are making versus what they are selling. It is much more than I am making and I am selling more.”

There it was. He did the math and knew his market value. He understood that his performance forced our hand and that this raise wasn’t some benevolent gesture. He did not care about the percentage. He cared about what he could make on the open market. He wanted to earn multiples of what he was making today.

Your Market Value Can Rise Rapidly Early In Your Career

Typical college graduates are offered a base salary of $40,000 to $50,000 out of college. In the early months, this income is generous, given a college graduate’s lack of business experience and expertise. The company realizes a negative return for months, investing in training without much production.

As the new recruit gains experience, they become more valuable in the marketplace but rarely realize that in terms of income. Companies often operate with a pool of two to four percent to offer as annual increases. Even the best young talent will often cap out at a 5% increase, which is far from life-changing based off of that entry starting salary. If you have been with your company for several years and have only realized single-digit percentage increases, you are most likely paid significantly less than your market value.

Recent college graduates are often surprised to see opportunities to make 50% and higher increases by looking elsewhere, just a few years out from college. Their new skills and business experience make their services more valuable to a competitor. These competitors shrewdly let the first company take the risk, train, educate, and provide an environment where they could fail often and early. Once they are skilled up, competitors recruit them away at much higher pay but receive immediate returns.

We gathered as a management team and decided to put him on the fast track. Within a month, he had a territory and was moved to a commission plan where he was paid commensurate with his effort. His peers wouldn’t get this promotion for another one to two years. One year later, he had doubled his annual income and tripled it the year after.

If your manager gives you a raise and you start gushing about how appreciative you are, what signal are you sending? You are telling them that you are satisfied with what you are making. You convey that no further action is required on their part. If you pull three Kings in a poker hand, you don’t start grinning like an idiot. Responding emotionally tells your boss that you feel this increase was generous, perhaps even higher than you deserve.

You should be respectful and say thank you, but take it easy with the theatrics. If the amount is less than what you expected, say thank you and then ask how the decision was made. Ask if market compensation was taken into consideration. Ask where you stand versus your peers. They paid you more as a business decision to retain you, plain and simple.

If you are delivering exceptional value, these respectful questions will force your manager to think more in-depth about your pay. If you have the performance and market data to back your position, politely ask for the number you believe you are worth. At worst, your company says no, but you have now established your bargaining position and set up the next negotiation.

Understand that no manager offers a pay raise from the goodness of their heart. That raise is compensation for your hard work and the value you deliver to the company. Nothing more, nothing less. You didn’t receive one dollar for charitable reasons. As Don Corleone once said, “It’s not personal, it’s strictly business.”