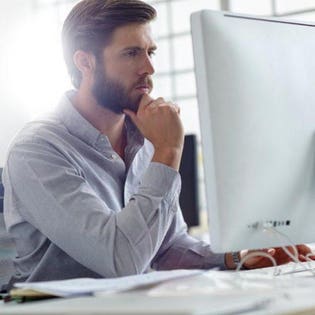 Serebral360° found a great read by Forbes – Entrepreneurs article, “How To Tap Into A Hot Trend Without Getting Burned.”

In case you were thinking about it, I wouldn’t recommend that you try to start a national franchise of stores that sell antique milk bottles. Yeah, that’s a thing.

Sure, sometimes a niche can make you rich, but if you’re going to start a business or buy a franchise, you’re probably going to have more luck if you try to cater to what a lot of people like rather than just a passionate few. In other words, if you’re starting a business, aim for the mainstream. Better yet, set up shop on Main Street. In other words, go where the people are going.

And lately, they seem to be heading toward healthy pursuits. That’s why nobody looks at you like you’re crazy if you suggest going to a vegan restaurant. Vegan restaurants are thriving now, but 10 or 20 years ago, not so much. It’s why wind farms are doing well: People want a healthy planet. And it’s why CoolSculpting franchises are hot right now. As you may or may not know, CoolSculpting is an FDA-approved treatment that freezes fat cells under the skin. It removes unwanted fat and helps people look thinner.

Nothing against antique milk bottles — I love history and items from the past — but most businesses are about the future. This makes sense, as people often alternate between being hopeful and fearful about the future. And a business owner who can reassure people that the future isn’t going to be so bad — and that you’ll be there for them if it is — is going to do well.

So, if you’re trying to figure out how to tap into the zeitgeist and start a business in a field that the masses are gravitating to, you might want to try a consider a few strategies.

Granted, every business solves a problem. Even if you make something silly, like green slime in a jar that solves a parent’s problem of trying to find something to entertain their kid (for a few minutes, anyway). The aforementioned vegan restaurant solves a vegan’s problem of looking for tasty meals that are completely plant-based. The CoolSculpting businesses solve the age-old problem of removing unwanted fat. If you can find problems to solve that have so far had elusive solutions, you could really have a successful business.

Get into the zeitgeist sooner, not later.

There’s nothing wrong with starting a tried-and-true business, like opening a restaurant. We’ll always need to eat, and there’s something to be said for doing what works. But if you can find a trend that is just starting and looks to have explosive growth, you have a better chance of becoming a far stronger company if you get in early, before everyone else does.

Great. Now I suddenly sound like I’m selling timeshares. But all I mean is that if you were starting an online retail business right now, you’d rather be Amazon or Walmart than somebody new, right? If you were starting a streaming service, you’d rather be Netflix than the fresh, young streaming upstart. If you recognize a trend coming that you truly believe in it, don’t wait and see if it’s really going to grow and watch other business owners get rich while you do nothing. Get in early.

Immerse yourself in research.

If you’re starting a business that promotes a service or product that people are just getting used to and that competitors are just discovering, your industry may not be heavily regulated yet, or it may be heavily regulated, but people may still be getting up to speed and still somewhat oblivious as to what’s allowed and what isn’t. As they say, you don’t know what you don’t know, and if you’re a business owner, that can blow up in your face.

That’s something I was very careful about when I started my business. An industry may seem to be rushing to establish itself, but you can’t rush. You need to take the time to learn everything there is to know about your industry, especially if it’s a complex one, so you’ll be prepared to keep up when it starts to grow fast.

We live in a litigious society, and you don’t want to barrel into a new industry without partnering with professionals — from your accountant to a tax advisor or a slew of attorneys — advising you every step of the way as you start your business and proceed into your chosen field. It can be smart and profitable to tap into a trend that’s hot, but you don’t want to get burned.