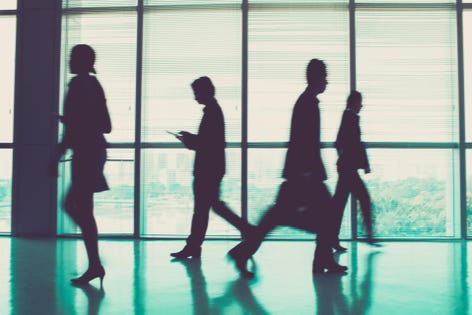 “How to Win the War for AI Talent” | Written By: Falon Fatemi, Contributor / Forbes – Entrepreneurs

As early as 1997, McKinsey coined the concept “war for talent” and identified it as a pressing challenge facing workplaces. To be sure, the war for talent has only intensified in recent years. 42% of employers are worried they won’t be able to find the talent they need.

The supply of top-tier artificial intelligence (AI)  talent is in short supply. And, with the likes of Facebook and Google vying for top-notch talent, recruiting efforts can prove incredibly challenging. Fortunately, by embracing some key strategies, companies can effectively compete with even today’s most sought-after employers.

Workplace morale has plummeted in recent years. The percentage of engaged workers in the U.S is now a mere 34%. Research has consistently shown that employee engagement is strongly related to whether or not employees are motivated by a strong sense of purpose. Employees who thrive have been shown to be three times more likely to work for a company with a strong sense of purpose.

AI candidates don’t want to spend their time crunching data or working on lackluster projects. They want to feel invigorated. In developing your recruiting strategy, it’s important to craft a compelling purpose statement specific to AI. Ideally, this statement should be grounded in the type of data you are collecting. It’s exciting to work with data that nobody or few others have access to. What unique opportunities does the data you collect present? How will prospective employees have the opportunity to change the world as a result of joining your company? These are matters that should be crystal clear throughout the hiring process.

Forward-thinking companies will start hiring for potential citizen AI workers early. While these workers might be overlooked by some employers due to their lack of hardcore AI skills, they can be critical bridges between AI specialists and the rest of the organization. AI initiatives will have limited use if results are confined to specific niche areas of a business. To be effective, AI requires a holistic enterprise-wide strategy.

Gartner has predicted that the demand for citizen data scientists will increase five times faster than the demand for traditional, highly-skilled data scientists. It’s likely that citizen AI workers will follow a similar trajectory. By being proactive, you can get ahead of the competition and start building a sustainable AI future.

In recent years, there has been a shift in the emphasis that universities place on equipping students with skills readily applicable to the workforce. University students feel more prepared than ever before to enter the workplace. The vast majority (93%) of college seniors feel what they are learning is relevant to their career paths. Several cutting-edge universities are preparing students to immediately enter the workforce ready to make major contributions to artificial intelligence initiatives.

Companies intent on recruiting top AI talent should develop strong relationships with universities. This involves more than merely attending job fairs. They should forge strong relationships with academic departments specializing in AI and related functions. They should also consider sponsoring hackathons and student projects, as well as developing an AI-focused internship program.

To date, AI tools have suffered from crippling biases. Consider the facial recognition tool from Amazon that was found to have an error rate of over 30% for dark-skinned women. In another disturbing example, Google came under fire when a black software developer tweeted that the company’s image recognition technology labeled photos of him as “gorillas.”

Winning the war for talent requires a strong focus on diversity. Many employers will overlook or deprioritize hiring for diversity in their initial efforts to recruit for AI. The companies that will win the AI talent war will prioritize diversity from the get-go. Doing so will reduce the potential for bias in initial AI algorithms and models.

With such a small potential talent pool, companies will need to be strategic. Researchers at the AI Now Institute at New York University have proposed several potential strategies to consider. They recommend that companies publish compensation levels and ensure pay and opportunity equality. They also recommend publishing harassment and discrimination transparency reports, as well as increasing diversity at senior leadership levels across all departments.

It’s a no-brainer for companies to prioritize hiring top talent. But few companies recognize how much of an advantage they seek to gain by hiring top-notch talent. A study conducted among 600,000 researchers, entertainers, politicians, and athletes found that high performers are 400% more productive as compared to their average counterparts. What’s even more remarkable is the seismic shift in performance that occurs in highly complex occupations—such as AI. In these occupations, high performers are a jaw-dropping 800% more productive.