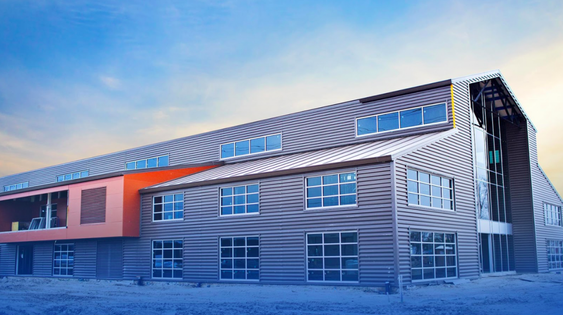 The $47 billion valuation attached to the increasingly likely WeWork IPO is in some ways a reflection of the profound impact The We Company (WeWork’s parent) has had on the nature of work. Indeed, the popularization and proliferation of coworking has created an existential crisis for traditional office space while helping startups and entrepreneurs boost productivity, save money, find clients and increase their chances of survival.

Although a physical space that helps foster productivity and interaction isn’t a guarantor of success for ambitious businesses, the built environment is undoubtedly an important contributor to the growth of many startups. The benefits of purposefully-designed workplace are no secret. Numerous studies have demonstrated the benefits of more thoughtful and more balanced workplace design on employee productivity and wellbeing. More importantly, dedicated spaces create a physical concentration of innovators, investors and influencers with aligned interests. This density enables synergy and serendipity, making it easier for entrepreneurs to acquire knowledge, talent, connections and capital. For early stage companies, the value of this physical infrastructure is even more acute given their need for constant collaboration and their lack of financial resources.

In many cities, WeWork fills this need, providing a space to work, a place to meet and a network to tap. Yet, given its success, it’s easy to forget that WeWork is far from ubiquitous. Although major coastal cities such as New York, Washington D.C., San Francisco and Los Angeles are saturated with locations, many smaller cities in middle America such as Cleveland, Oklahoma City, Omaha, Milwaukee, Madison, Memphis, Pittsburgh, St. Louis, San Antonio and Indianapolis are still WeWork-less. Also notably absent from most of these cities are high-powered incubator and accelerator platforms, such as Mass Challenge, SOSV, Plug and Play, Techstars, DreamIt, Founders Institute and WeWork Labs, all of which have multiple locations, but most of which located on the coasts.

In the absence of the physical infrastructure needed to accelerate entrepreneurial activity, many middle America cities that aren’t Chicago, Austin, Denver or Salt Lake City—all of which have been able to leverage their endemic assets to become attractive destinations for startups—have created homegrown coworking and incubator spaces with wide-ranging and often unmeasurable results. A few platforms in these second cities, however, are taking ambitious and innovative approaches that prove necessity is the mother of invention.

In Houston, for example, geographical diffusion hinders the exchange of ideas, talents and resources necessary to fuel startup activity. Although it’s the fourth most populous city in the country, Houston in square mileage is equal to the areas of New York, San Francisco, Chicago and Boston combined. Nevertheless, WeWork only operates two locations in the City of Houston, compared to the 11 locations it operates in Chicago, the next most populous city.

To overcome the lack of physical density, Work America Capital is developing a 32-acre innovation campus called The Founders District that will combine coworking, coliving, traditional commercial space and entertainment to create a centralized community of entrepreneurs, small businesses and startup-focused resources. The campus will be anchored by a 120,000 square foot collaborative workspace called The Cannon that will feature amenities like a library, kitchen, auditorium, health and wellness room, event spaces, outdoor courtyard and conference rooms. The rest of the property will be filled out by mixed retail, food and beverage options, a gym, additional commercial space and housing. Notably, unlike many innovation districts around the country, the Founders District and The Cannon are entirely privately led and largely privately funded.

“We’re more than just a coworking space,” says Lawson Gow, founder and CEO of The Cannon. “We’re using our physical assets to create a campus feel—a community. Houston has an abundance of land, which can lead to less density. We’re using that abundance of land to create the density our entrepreneurs need.”

Several studies have demonstrated the psychological and commercial value of The Cannon’s campus-based approach—if corporate America’s fascination with campuses wasn’t sufficient validation. From the famous Apple Park in Cupertino, CA which uses a circular design to catalyze collaboration to Walmart’s newly announced campus in Bentonville, AR that will include abundant amounts of green space meant to create a more communal dynamic, corporate America is increasingly turning to the campus model.

Another private sector-led success story from the American interior is The Water Council’s Global Water Center in Milwaukee, WI, which has no WeWork locations at all. Driven largely by corporate executives who recognized the city was home to a cluster of leading water-related companies, the Global Water Center has quickly established itself as a worldwide hub—or what Dean Amhaus, President and CEO of The Water Council, calls a “landing pad”—for startups, established companies and universities working to solve freshwater problems.

With offices and desks available to water-relevant startups, an auditorium for pitches, an array of meeting rooms, a cafe, a shared lab space and university labs operated by the University of Wisconsin Milwaukee and Marquette University, the Center bears resemblance to Johnson & Johnson’s highly successful JLABS facilities that cater to life science startups with highly technical needs. Beyond providing resources to water innovators, the Center is also transforming the 17-acre plot of land on which it sits into a living laboratory for water technology and management. Formerly an abandoned rail yard, the area is currently being converted into a water technology park.

“The area isn’t just a working business park,” note Amhaus. “It’s a demonstration of good water management. The building is the first commercial building to implement the International Water Stewardship Standard and the land itself has been developed to direct rainwater into bioswales. And, since we’ve redeveloped the land, all the old warehouses have become apartments. People are living here. Restaurants have opened up. Property values have increased. It’s transformed this part of Milwaukee.”

The Global Water Center in Milwaukee, WI is a landing pad for water innovators.

The large-scale approaches chosen by these cities are necessary to catalyze synergy in areas where entrepreneurs, investors, influencers and private sector players are more geographically diffuse than in, say, New York or San Francisco. Coworking spaces can help address these issues, but solutions that dramatically reshape the built environment to create gravity, density, interactivity and serendipity while convening not hundreds, but thousands of innovators are likely to prove more valuable for cities hoping to play role in the innovation landscape.

“When you don’t have a critical mass of entrepreneurs in close proximity, you have to build the elements required to draw them in and create that community from nothing,” adds Gow. “That’s what cities in the heartland are doing through innovation districts, which I think are going to prove just as successful as the more organic density they have on the coasts.”

Across America’s interior, cities are transforming their unleveraged physical resources into innovation infrastructure, building ambitious spaces and places that are as symbolic as they are functional. While these cities have undoubtedly lagged behind their coastal counterparts, their abundance of untapped resources, ability to rally private sector players and refusal to settle for passé coworking models should signal to the world that it’s time to take these second cities seriously.

Given this new reality, it turns out that Amhaus’ portrayal of the Global Water Center as a “landing pad” is actually a fitting description for many middle America innovation initiatives. While most might want to be known as places where things launch rather than land, landing pads are precisely what these places are becoming. Once fly over cities, these communities are transforming themselves into places from which innovators can indeed launch, but more importantly places where they want to land.