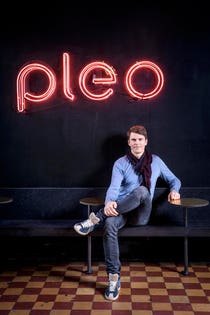 In April of this year, Utah-based startup, Divvy raised $200 million in VC cash to fund further expansion of its spending and expenses management solution. A month later – and an ocean away – Danish fintech venture, Pleo completed a $56 million fund-raising event, which just happened to be the largest Series B round to come out of the Nordic region. Again, VCs were buying into a system that allowed companies to manage spending by their employees.

So what is it about the spending and expenses space that is causing seen-it-all VC investors to salivate? After all, there is no shortage of tools aimed at helping businesses to keep a track on how members of staff are spending company money. Some of the available systems are aimed at small businesses and the self-employed, others are enterprise solutions. You might conclude that this is a  segment of the software and digital services market that is well and truly saturated.

But the level of VC investment suggests there is still plenty of scope for innovation. So when I had a chance to speak to Jeppe Rindom, co-founder and CEO of Pleo, I was keen to ask why his company has been so successful at raising growth capital as it expands out of Denmark and into the U.K., Sweden and Germany.

As he sees it, Pleo is offering its customers a system that aligns with a move away from top-down decision making within organizations.

Recalling his time as Chief Financial Officer at Tradeshift – his previous company – Rindom says he attempted to empower staff to make their own spending decisions, without having to seek approval from further up the chain of command. But the systems weren’t in place. “ We had a lot of problems. We lost sight of what was being spent,” he says.

But he remained wedded to the staff empowerment principle. And a conviction that companies could be run in a different way led him to set up Pleo in partnership with Niccolo Perra. The concept is simple. Pleo issues cards that can be used by members of staff to make purchases on behalf of their companies – but crucially, within clearly defined limits. In effect, this means that a team member who needs to buy a piece of equipment will be able to do so without seeking approval. Equally, an employee might use a company card to travel to a client meeting, without having to pay upfront and claim the money back at the end of the month.

The Devil Is In The Delivery

If the basic concept is simple, the execution is a great deal more complex. Pleo is both a card issuer and a provider of back-end systems that allow spending to be seen by managers as it happens. This provides not only real-time visibility but also a wealth of data.

But is it really different from the solutions we’ve seen before?  Rindom thinks it is.

“A lot of solutions are really aimed at activities such as travel and the reclaim of expenses,” he says. “But managing travel expenses is really only about 30 percent of what we do. It’s really about running a business in a different way.”

A way that is designed to be more appealing to the upcoming generation. Inevitably the subject of the millennial worker and his or her preferences enters the conversation. “Millennials and Generation Z don’t like to be micromanaged,” he says. “Our system gives them a degree of autonomy.”

Up to a point, perhaps. With rules in place to govern the limits of individual spending, and transactions visible to managers, workers are arguably being managed by an invisible hand. That, in turn, provides assurance to their employers. “There is a high degree of transparency, Rindom adds.

In that respect, he says one of the key selling points to customers is that they can create an environment where workers have a higher degree of personal agency, meaning that spending decisions can be made more quickly. In addition, analysis of the data allows spending to be optimized and savings made in the longer term. To date, the system has 3,000 users in the U.K., Denmark, Sweden and Germany, and there are plans for future expansion into other markets. Rindom does not quote revenues.

On the face of it, Expenses and spending software seldom seems sexy or exciting but new players are continuing to find gaps in the market. Managed worker empowerment is currently a key theme. Perhaps each generation of employees gets the spending solution it deserves.