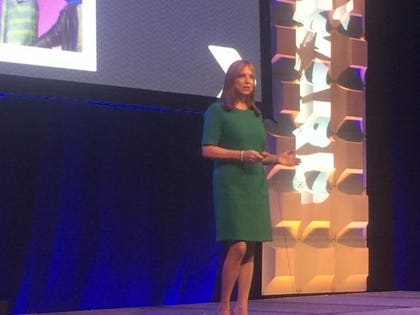 JetSmarter, on track to record $300 million in sales this year, is hoping to exponentially charge its growth as it announces a new pay-as-you-go option to buy seats on its scheduled private jet flights later today. It will be the first time paying for a membership is not required. At the same time, it will allow non-members to start their own shared charter flights, and a new facility will enable members and non-members who initiate shared charters to sell seats they don’t need to non-members via their own networks of contacts.

While it may seem like a significant shift from JetSmarter’s original Netflix style membership model that provided mostly free seats on shuttle flights and empty legs after paying a membership fee, founder and CEO Sergey Petrossov tells Forbes.com, it is really just a way to speed up that model by making the services easier to trial. He says the pricing structure for members versus non-members will be such that after several flights, anyone who wants to continue will save money by joining as a member. Earlier this year JetSmarter changed its memberships moving from the mostly free shuttle and empty leg flights to a formula where members now pay per flight at rates equivalent to first class or full coach fares of commercial airlines.

It’s not a one-size fits all approach. In markets where JetSmarter already has a substantial presence such as between New York and South Florida, the price differential for non-members could be over $1,200 for a seat on a scheduled private jet flight. In markets where it is trying to build its membership bases, such as Dallas or Chicago, the fare difference may just be $200. Petrosov says the approach will help JetSmarter build critical mass faster in markets it is trying to develop.

Currently, Individual Membership is priced at $4,950 per year with a $3,000 initiation fee. If you travel with a companion, you can buy a seat for them, but it will cost two to four times the dynamic price for members. The recently introduced Family Membership is $9,950 annually, plus a $3,000 initiation fee, giving you four members who don’t have to be related, so it works for companies or friends. You can add more members at $1,950 per head.

Beyond being able to buy seats on private jet flights without joining, non-members will also be able to initiate flights, which may be an even more significant change. Flight Starters as they are called are the key to driving growth for JetSmarter because they provide 90% of the inventory of flights available for members who want to buy seats. Using its app, now non-members can also initiate their own private jet charter flights. The target is people who want to fly privately at a specific time and date, but don’t need all the seats on the aircraft and don’t mind having JetSmarter sell those seats to other people to save money.

The cost to initiate a flight also varies based on the market as well as supply and demand. In markets and at times where JetSmarter knows it can sell remaining seats a Starter may only have to buy two seats and the price can be as low as $5,000 for two seats on a charter that for the entire aircraft could cost over $20,000. The price and number of seats you are required to buy goes up if you want to schedule your flight at a time other members are less likely to travel. In developing markets, Petrossov previously told Private Jet Card Comparisons JetSmarter takes more risk, or essentially underwrites flights, by offering Starters relatively low buy-ins just to seed the market. The negative is that once you start your own shuttle, you are committed to that time and date. You can’t change or cancel, however, new functionality enables all flight starters to sell seats they don’t need to their own networks instead of just relying on JetSmarter.

I compared sharing a flight using the JetSmarter app for a trip to Las Vegas I need to make on August 10. According to the app I would only need to buy two seats on a Super Midsize jet for $9,900 with JetSmarter taking the risk to sell the other six seats. Since I only need one seat, I could then hawk my extra seat by inviting friends through a new function on the app potentially reducing my out of pocket cost to $4,950.

JetSmarter also allows members to charter the entire aircraft, and to do so for the Miami to Las Vegas trip they were offering a Super Midsize jet for $26,857, although it stipulates there could be possible fuel surcharges. It would be fully refundable as long as I canceled at least 22 days before departure, with escalating penalties up to three days before flying at which time I would lose 100% of my money. I also went onto Stratajet.com, an online broker promising instant quotes, and the best price I could get was $43,184 for a 13-seat Gulfstream GIV-SP carrying a 100% cancellation penalty immediately after booking. I then reached out to former NetJets executive Kevin Diemar who is now CEO of charter broker Unity Jets and he quoted me $26,000 inclusive taxes and fees on a Cessna Citation X and said if needed, I could cancel up to 24 hours before departure because of his relationship with the operator, although normally it would be 48 hours.

According to Google Flights, a nonstop first class ticket on American Airlines on the same date ranged from $805 to $1,593 depending on which flight I choose. JetSmarter only posts seats for sale typically for the current and next month, but for a Friday in July, if I was a member I could have purchased a single seat on a GIV leaving from Ft. Lauderdale at 4 p.m. for a pretty sweet $544 one-way. All JetSmarter flights leave and depart from private aviation terminals, meaning you can show up 30 minutes before departure and are typically out of the airport within 10 minutes of landing.

Petrossov says, “With more users to initiate custom flights, the JetSmarter community will continue to grow; ultimately driving the creation of new routes and flight frequency. With JetSmarter’s flight inventory determined by the flying community, both members and non-members alike will benefit from the increase in flight creation,”

Will members who paid to join be upset? JetSmarter has to date been allowing existing members to renew memberships under the terms they purchased it, although Petrossov believes the current membership structure which requires paying for flights instead of freebies can be advantageous if you are traveling with somebody else. He underlines that non-members who book seats or start charters will pay prices that will drive them to become members after hopefully having an enjoyable experience either bypassing long airport lines or paying less for their on-demand charter flights. He also points to benefits reserved for members with partners such as The Private Terminal, The Hertz Corporation, SBE Hotel Group, STK restaurants, a concierge service, invites to exclusive events and lower prices as differentiation.

The semiprivate flight model is seeing signs that it is gaining traction despite a history of mixed results. Qatar Airways and JetBlue earlier this year invested heavily to help JetSuiteX expand its pay-as-you-go by the seat model which doesn’t require membership fees. At the same time, Air Chicago and Aura are two new entrants planning to offer travelers the ability to buy seats on private jet-like aircraft using private terminals. In Europe, JetClass has been expanding its by-the-seat offerings even though Surf Air seemingly stubbed its toes there.

The new approach to growth isn’t the only big news for JetSmarter. Petrossov says by the end of the month it will be flying five JetSmarter branded Gulfstream GIVSP jets on lease from owners and operated by JetEdge with 15 expected by the end of the year. He also says the company will offer its first jet card product, although it is likely to use dynamic pricing, eschewing the fixed one-way rates and guaranteed availability of the more traditional jet card memberships.

Asked if the by the seat model has proven itself, Petrossov, responds, “Absolutely. It’s here to stay. We’ve done it successfully on a few routes and we are developing more. It’s clear that’s there a big market. There’s such a big gap (between flying commercially and chartering an entire aircraft) and there’s a need.”