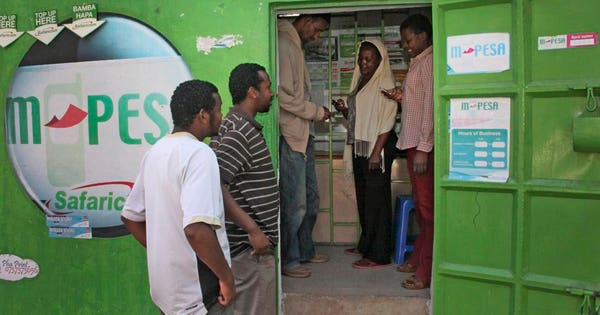 We all know that Kenya revolutionized mobile payments for the developing world and brands like M-Pesa continue to lead the market, but what about mobile lending? According to Creditinfo Kenya, 93 percent of all mobile loans originate from regulated financial institutions, and there are around five million borrowers and each has an average of 5.89 loans.

Creditinfo Group, a privately-owned company started out with their first credit bureau in Iceland back in 1997 and expanded to Eastern Europe, working with banks to maximize data before a period of stabilization following the crash. Today, their aim is to be innovative in finding new data sources, to provide decisioning tools to fintech companies and support lending across the world. I spoke to Paul Randall, executive director of Creditinfo Group about the necessity of credit bureaus, maximizing alternative data and his views on social credit.

Madhvi Mavadiya: Why are credit bureaus so important for mobile lending in West Africa?

Paul Randall: When we look at the evolution of lending over time, the credit bureau has several roles within a financial infrastructure. Having a credit bureau enables lenders to have greater confidence to lend to those who have credit histories and those who do not. While in theory, credit bureaus have not been known to support those outside of the credit environment, if lenders analyzed data and provided small loans, the value of loans, and the number of those with data inside a credit bureau would gradually grow.

In the UK, we have seen the emergence of retail lending and subsequently, online lending, with people who have never previously had formal credit being able to use alternative lending for their first loan. This also facilitates competition in markets where there are no credit bureaus, but are one or two major lenders dominating the space with their own the historical customer. As a result, they would not have a real competitive advantage over newcomers in the market, who are coming in blind with alternative data sources and lending methods.

If we look at the situation in Kenya, where both traditional and small value loans are taken out at similar rates, the information that is available in the credit bureau is the most powerful source of truth for subsequent lending and allows lenders to welcome new customers into the ecosystem. Here, alternative and traditional data can be fused together to result in the best understanding of the customer’s risk.

MM: What is needed to provide credit to the masses in the developing world?

PR: Historically, there are a few things you need to be able to provide credit to the masses in an efficient way. You need data from the individual, which may be information about mobile transactions. You need the financial infrastructure of a credit bureau. You need a low-cost distribution chain because you can’t use branches, and also you need some form of current account. The mobile wallet has given a large portion of the population the current account, helpful in providing loans to those in the developing world.

PR: As Kenya has a high mobile penetration, it is not representative of the figures in West Africa, or even the rest of Africa, for that matter. Historically, the proportion of the adult population that had formal loans from a traditional bank branch was about five percent, and that’s typical across both East and West Africa. Today, we are seeing that about 35 percent of the adult population are represented in credit bureau data.

In Eastern Europe, there was a higher proportion of formal loans, perhaps 25 or 30 percent. The region’s online lending boom resulted in this figure increasing to around 60 or 70 percent. The demand is certainly there and I would expect to see similar demands across Africa in the near future.

MM: How is the online lending boom contributing to an increase in formal credit loans being taken out?

PR: I think it’s a difference between loans in a formal environment and loans that are informal from friends or family for example. An increase in the ability of lending must also go with clear supervision of the regulatory authorities, and it is something that unfortunately officials have to play catch up with. If you go to the U.K.’s payday lending boom, perhaps you could argue that the regulators were a little bit slow to clean up, despite some lenders operating in a responsible manner.

MM: On the point of regulation, there were a lack of credit bureaus providing accurate credit information in the past in Kenya. How is that being regulated and how is Creditinfo involved making sure that data is accurate?

PR: It is always a challenge. I think for credit bureaus, we are constantly pushing for improved quality of data from lenders. It is not only in both the lenders’ and the credit bureaus’ interest, but also in the national economy’s interest. In Kenya, there has been a number of joint exercises between the lenders in general, the credit bureaus and the supervisory authorities work together to improve data accuracy.

We need the regulators to step in when the lenders are being, let’s say, selfish and not improving the quality of their data. If we look to the U.S. where credit bureaus have been running for almost 50 years, there is always a constant review of data quality.

On the other hand, I wouldn’t allow concerns about data quality to undermine the critical role that credit bureaus play in making sure that individuals are not over indebted and institutions are lending responsibly.

MM: In your opinion, would you say that the responsibility falls on the lender to ensure that the data is accurate before it comes to you?

MM: You’ve used the phrase ‘alternative data’ a lot. How would you define the phrase?

PR: The broad definition would be ‘not credit history, but not predictive of credit risk.’ One example would be the role the electoral register plays, or even payment data from mobile wallets, for example, how much is going in and out, as well as the fluctuations of the account balance and what the money is being spent on.

That is some of the powerful sources of data which are available in Africa, but the equivalent of that in Europe is often from open banking sources so there you have the information from a user’s current account. Another large source would be from utilities data, you don’t necessarily think of your utilities data as a credit, but in a way it’s a form of credit as you pay after the consumption. This has been a large source of information that we’re gathering for the Ivory Coast, will support those who do not have a formal credit history. This will offer lenders the opportunity to use that history to predict the repayments of small loans. But it is important to remember that it is not just members of the public which can benefit, it is also helpful for small business loans.

MM: Would you say that you’re an advocate for social credit, like is being seen in Asia?

PR: I think it depends on the purpose. If you’re using information to predict specifically for repayment of credit, I have some concerns around behavior scores. What I see coming out of Asia is interesting, they are using transactional history to create a score which would enable consumers to make retail purchases using credit in the future. If we’re talking about using some form of financial data to predict credit, yes, but in terms of social behavior to gage if you’re a good citizen, I’m not sure about that.