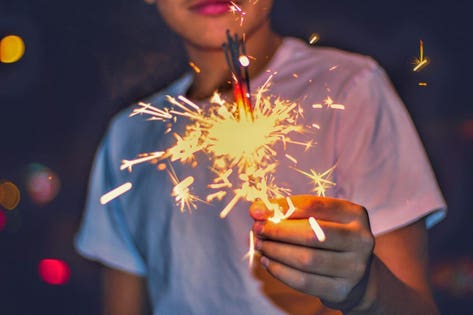 Resolutions are good for the soulUnsplash Royalty Free

It’s that time of the year high on calories and good intentions.

Depending on which piece of research you choose to believe, new year’s eve resolutions are both immensely useful and utterly inconsequential. Detractors claim the road to hell is paved with good intentions, supporters point out that same pavement leads to better performing individuals.

Most people at the very least give resolutions a cursory thought at this time of the year even if they decide to not make any but some of us invest thought in them and formulate them carefully irrespective of the likelihood of success as a useful introspective exercise in itself. A percentage of those who create them, likely a minority that further dwindles as the year progresses, manage to stick to them and, as science demonstrated time and again, seeing how habit formation takes 90 days, some solidly good overall behaviors emerge from them.

Whether it is getting in shape physically or mentally, joining the gym, eating better, sleeping more, minimizing anxiety, etc, new year’s eve resolutions are a betterment checkpoint and a moment to think of what can be done to improve ourselves.

Bedazzlingly, very few, if any, have anything to do with our professional lives and we have to wonder why that is.

“Not in my control”

Having stumbled upon this thought last week, I asked a CIO of a major European bank in a call we were having to plot next year’s major transformation, what his organizational-NYE-resolution was.

“My what? NYE resolutions have nothing to do with the bank, I’ll stick to what’s within my control, finally training for that marathon”

While marathons are obviously brilliant goals to have, this, coming from a leader of a huge company was disheartening, to say the least. I didn’t say it to him then, and I apologize for him having to read it here if it comes off as harsh, -apology pint on me!- but how would is it that someone of his stature – his intellect, his drive, and his passion would not spare any of his resolutions to reinforce some of his professional goals for the next year or even take the chance to create new ones outside of the planning periods and strategy meetings, and why would that be not within his control?

Part of it is that even at the highest levels of most organizations leaders are nowhere near as empowered as they could and should be. Reports -scarce as they are- show that even at the most senior of levels, they feel stifled and unable to affect real change.

If they feel that way at the stratospheric level they are at, what hope is there for everyone else to feel like they have a direct effect on anything that the company does?

Up until certain level employees think management is the reason why innovation and change are slow, whereas at management level they believe that the organization in itself – its culture, its current state of health, etc- is the culprit. None of these parties are wrong but none of them should let the blame game stop them from using the same moment when they wonder how to become a better person to suss out what they can do better for the organization.

Very few people are high enough in their respective professional set-up to have a direct effect the destiny of the business they are in, but even those who have the luxury struggle with the perceived mandatory demarcation between work and life.

With the exception of Silicon Valley darlings who advocate an integral life-work wholistic view, the rest of the business world seems to be favoring the “work/life balance” concept complete with its perceived sense of competing priorities and while there is much to be debated on how destructive of an approach that is, this is the most obvious reason why people don’t think to add any professional dimension to their New Year’s Eve resolutions.

Personally I’d love to peek at Jeff Bezos’ NYE list and see how much of it is his and how much is Amazon’s, but he unapologetically *is* Amazon and bravely tried to redefine the separation between life and work by personal example.

The goals and resolutions do not need to be radical or major to count. With our CIO above “Move fully to the sky next year” would indeed be a wasted resolution but a more creative approach to affecting change, such as “I will personally have meals with each board member who doesn’t get where technology is heading and by end of 2019 I will get at least two DevOps enthusiasts out of them” shouldn’t be off the list.

Having been in a CxO position a few times in my career in both big organizations and start-ups I know first hand that it is a lot less of an enviable position than feel-good stories would have us believe and adding yet another exigent demand on our seemingly worn out selves is a lot to ask but changing the things we can have a direct impact on, is a necessary and worthwhile exercise. Anyone can say, add a diet of negativity detox or a resolution to become truly Agile to their list and I would say leaders not only “can” but “ought” to do so.

Their seemingly personal goals that intentionally tie in with the direction organization is headed to, are a change method in their own right. They can vow to read more, to engage in the industry dialogue on Social Media, challenge themselves to rethink their people skills, spend a lot more time understanding their team or simply take up meditation – whatever it is that will get them an improved version of themselves and the company they work for.

Affecting large-scale change is one of the hardest things leaders struggle with. The more they see the bigger picture the more likely it is they can think of simple, obvious ways to change or better things and yet they are painfully aware of the limitations that would disallow such change.

Dealing with the moral discomfort of knowing what needs to be done and yet not always having a path to do it is part of what separates leaders from mere managers and their ability to keep trying to find ways to build that path is what makes them win. It’s a harsh ask of leaders to withstand major moral pressure when it is much more comfortable to avoid change, and who of us hasn’t had lazy moments and wondered if we’re cut out for it, but it is a sine qua non condition of achieving.

Stopping to evaluate where they are headed, if they feel empowered enough to make meaningful change, whether they still believe in the purpose with all their hearts, if they should have ways to make themselves better for the organization and the organization better for them in return, ought to be on every leader’s end of year to-do list.

If nothing else, if you admit to yourself you don’t have one, make it your NYE resolution that by next year’s exercise you’ll be in a place where you’ll be a leader with powerful resolutions not a middle manager with tasks and KPIs.