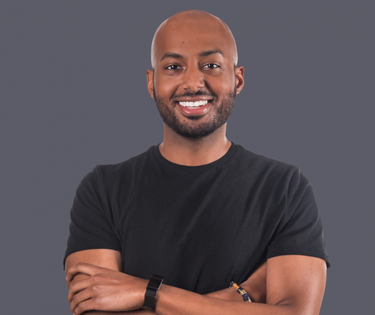 Air BnB, Dropbox, Spotify and other major companies are allowing their developers to publicly share what software they use and how they use them, through a platform called StackShare. The premise? Knowledge sharing among peers is an effective way to make better buying decisions.

Before the corporate culture embraced collaboration over competitive secrecy, companies would closely guard information like what tools or service providers they used, on the basis that such information could help a competitor gain an advantage. Ethiopian-American entrepreneur and CEO Yonas Beshawred has flipped that idea upside-down with StackShare, based on the fact that most consumer purchases are socially driven. StackShare applies the same ideology to professional software purchases, starting with concrete information and engagement with peers, rather than subjective reviews.

With VC funding and investment from angels, including employees at Salesforce, Dropbox and others, Beshawred has grown StackShare to a team of 15 based in San Francisco. The platform has a network of more than 250,000 developers, CTOs and engineering managers as users.

Amy Guttman: How does it work?

Yonas Beshawred: It functions as a network site that helps developers answer the question, “Which software should I use?” Think of it as a combination of LinkedIn and GitHub, where everyone has their own technology profile: developers, software vendors, and companies looking to hire developers. We let you see which technologies other developers and companies are using and compare similar tools.

Guttman: How did you come up with the idea?

Beshawred: I worked as a management consultant and saw how Gartner PDF reports were used to make massive IT infrastructure decisions. I left consulting and joined a startup where the founders would debate infrastructure decisions. At the same time, I was learning how to code and build small projects on my own. I wanted to build something useful. There were a million ways to do that depending on which tools you choose. I wished there was one website where I could see all the best software I needed and some feedback from people who had used them. I wanted to solve this problem for myself.

Guttman: Why not use a reviews-based platform?

Beshawred: We think reviews suck for making software decisions. Reviews work for things like electronics because they never change. When it comes to software, it’s the opposite. A review’s value is dependent upon what has or has not changed about that software between the time the review was written and when someone is reading it. If it’s a popular solution, it’s changing every week because it’s the company’s job to constantly improve it.

We augment the way people make these decisions with a network-based approach focused around other professionals. Start with who’s using which software as a social signal (stack profiles), then dive into the details (tool profiles and comparisons), make your decision and then share that with others.

Guttman: What’s the incentive for professionals to share information?

Beshawred: The right software can have a huge impact on your work and make your job ten times easier. The wrong software can impact your mood and motivation. We also know that the way software is adopted has shifted. Individuals often just buy what works for them, largely based on what people recommend.

Guttman: How vital is third-party software to the success of a startup?

Beshawred :The average startup is using 40-50 different SaaS and open source tools in the first six months of the life of the company. Generally speaking, the more third-party software you’re using, the quicker your business can move.

Companies such as Pinterest, Uber, Lyft, and other unicorns that have gone public were able to scale their technology so quickly because they relied on third-party software tools from day one.

Guttman: The highs and lows of StackShare?

Beshawred :As with any new solution, there were a lot of people who didn’t believe in the idea early on. Software reviews sites had been tried a few times and failed. I used my credit cards to fund the company until those were maxed out and I needed outside capital. The first low point was not being able to get investors on board.

Even after getting angels on board, it was really difficult to get bigger investors to commit. I probably got over 50 rejections from investors in Silicon Valley. I stopped counting after a certain point- because it didn’t matter. I just needed one big YES.

One of the high points came right after. I was lucky enough to connect with Jocelyn Goldfein who was an angel investor at the time. She invested personally and introduced me to the firm that led our seed round.