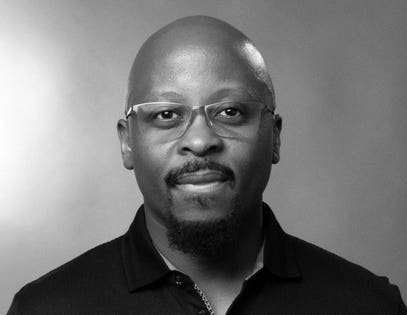 Using data to improve performance for companies, particularly of late has been seen as a negative with scandals to many high profile companies. However, many of us can appreciate the power of data to impact things positively. One Data Scientist who has been building algorithms and analysing datasets to help people give more to charitable causes is Mike Bugembe, a consultant and author who was previously Chief Analytics at JustGiving – the world’s leading social giving company.

Mike was raised in a very academic family, his Grandad was a Psychiatrist, his mother was a Mathematician and his Dad was an Economist. He took a very keen interest around the home and often found himself tutoring kids with his Mum, often times older than himself. This natural inquisitive nature led to him taking an interest in his Dad’s Apple 2E computer at the age of 8 years old. He coded his first game at 9 and his love for programming was bonn. Fast forward 9 years and he entered university studying Electrical Engineering, a degree he felt nicely combined his love for Mathematics and Programming. One thing however which never left him was an interest in human behaviour which he attributes to his Dad specialising in studying economic agents. This interest in human behaviour led him to doing a thesis where he used soundwaves to try and predict the causes of car accidents, looking at the environmental conditions, impact etc. very similar to the Hollywood blockbuster Minority Report. He didn’t get a first, partially because the data was not available at the time but this interest in data would forge a lifelong career.

After university he took a job at Management Consultancy firm Accenture specialising in Software. Here, he really started to understand the strategy of organisations and realised it was just as important as the technical analysis, particularly as buy in was always required from management to get anything done. In this role he took up a project working for the world’s largest diamond mining company De Beers where he was asked to look at their online selling platforms and analyse masses of data in order to come out with learnings which would benefit the organisation. His success on the project led to a full time role and he spent 5 years there implementing algorithms and data analysis to maximise sales and other processes. After this period he left to do his MBA at Cranfield University. After this he joined Expedia for a brief period as head of management information systems however shortly after a role came up at Just Giving, an opportunity to utilise his knowledge of Data to help give back, something he could not refuse.

The proposition at JustGiving was an interesting one. The founders had amassed huge amounts of data on both people raising money and those donating. Mike was tasked with looking into this data and finding useful insights which could be implemented. He was given freedom and automony and found patterns in giving on timing, causes and regions. One of the most interesting insights was that connections are the biggest signal for why people gave so understanding these connections and linking to platforms such as Facebook really opened up the platform for people to cater to their inherent need to want to help others. These insights then allowed Mike to build algorithms which could make the experience more personal for people raising and those giving . The process did not have it’s issues however, an example was algorithms automatically suggesting images of bicycles for most campaigns due to the fact that middle aged men cycling for charity tended to raise the most money. This is where domain expertise comes in, something Mike has constantly been reminded of throughout his career. The first full year after using this data and insights the firm generated $20m and when the company was acquired by Blackbaud for $125m the value of their data and algorithms was a significant piece of that.

Having had such success in using data to activate change within an organisation Mike started to speak to others and realised most projects failed. Data suggests up to 80% of data driven projects are unsuccesful in activating change withing organisations but Mike knew from his early days this was little to do with the analysis but how data fit into the broader context of the organisation. Whilst not always the case it was common that people working on the data did not enjoy the strategy and commercialisation side of things whilst those working in strategy and commercialisation did not have an appreciation for data. Today Mike works with leading organisations guiding them on this journey using a framework he describes in his book, Cracking The Data Code which you can find on Amazon and in bookstores now.