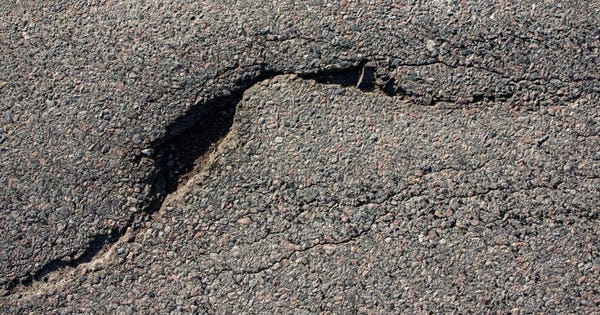 Serebral360° found a great read by Forbes – Entrepreneurs article, “Most Frequent Business Questions: What Are The Biggest Pitfalls To Avoid?.”

Starting a business is difficult enough with the tasks and challenges asked of you as a founder, but it is made even more so by the potential pitfalls that await around every turn. Every business is going to have problems and issues, but it is the biggest and most serious issues that entrepreneurs should worry about and work to avoid. We’re talking about problems that don’t simply hinder your growth or development or prove an annoyance but could serve to sink your entire venture if you don’t traverse them carefully.

there are many potholes on the roadway close-up

Avoiding problems can be tricky for less-experienced founders. We’re careful to swerve around the potholes that we see, but what about the ones that we don’t, particularly on new and unfamiliar roads? It can be hard to foresee issues that you’ve yet to experience, particularly when your work and the ultimate survival of your company relies upon a willful optimism that might prevent you from seeing what are existential threats. But knowing and understanding these pitfalls is the surest way to avoid them as much as possible, and ultimately proves to help far more than simply ignoring them, hoping that they won’t happen to you.

Lack of capital is one of the biggest pitfalls any business can face, and fortunately is one issue that is repeated enough to have become part of the general awareness that any potential founder will need to have going into their business. But awareness doesn’t necessarily forestall the problem; many founders understand that a lack of capital is a problem that most businesses face but fail to see it in their own situation or underestimate their own need for funding in their own startup. In order to avoid the undercapitalization trap, you have to be both smart and fastidious in your budgeting, and cautious in overextending yourself too early at the risk of stretching your budget too thin. You can’t be afraid to say no or pull back on the reigns, or to make cuts when needed; it might feel counterintuitive or even a step in the wrong direction, but the long-term survival of your company is of more importance than short-term expenditures.

Many a young company is also beset by an overdependence on a single client at some early stage of their business. While that might be an issue that is resolved more easily in theory than in practice, having one client that accounts for the overwhelming majority of your revenue can serve to warp your goals and objectives if you work too hard to keep that client happy at the expense of overall growth. That’s not to suggest that any startup should turn away good money and a paying client, but relying too much upon that revenue could prove disastrous if that client should decide to take their business elsewhere. While it is again easier said than done, startups should try to diversify and add more revenue streams as part of healthier growth.

Personnel issues can change the fortunes of even the most promising startup. The term covers a broad array of potential problems that might await a founder: too few employees, the wrong employees, mismatched co-founders, or even interpersonal issues that range from disputes to misconduct. These sorts of problems are enough to keep any startup CEO up at night, because the one thing entirely out of your control within the walls of your office is how others are going to behave while with your company. As such, your recourse against these potential problems are somewhat limited; you of course should look to hire the right people and have the necessary policies in place, but beyond that, you are ultimately left to hope that the decisions you made are right. One proactive step you can take is to dismiss those who are a bad fit or a toxic element at your company early, before they prove too much of a disruptive force. Hire slow, fire fast. Otherwise, you are once again left hoping that your judgment is sound, as you are with so many elements of your business.

Legal woes can be the death knell of any startup, given how costly and consuming the legal process can be. When you open your doors as a business, you’re opening yourself up to liability and potential legal action on any number of fronts, and founders have to do everything they can to try and prevent ending up in a situation that requires legal adjudication. Ironclad contracts and agreements are a great preventative against possible court cases from employees, co-founders or partners, but you also have to be mindful of those outside your sphere as well. A case of patent or trademark infringement brought against your company is perhaps an even greater threat than any internecine battle if you’re not careful with the work you do. Be sure any work you create is original, and not owned by anyone else, before you make it the foundation of your business.

Building a startup is of course about positive action, creating a company to do good work and provide quality products and services for customers, but part of that work is about avoiding problems and mistakes that might otherwise prevent you from pursuing your goals. Business, like life, is as much about the things we don’t do, and any entrepreneur who has achieved success will note the missteps avoided along with the best decisions and biggest breakthroughs. #onwards.