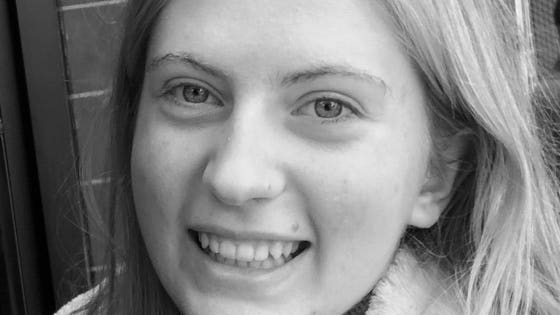 “New Research On How We Teach STEM Is Promising” | Written By: Rhett Power, Contributor / Forbes – Entrepreneurs

I have been writing these columns for a few years, and the focus is always on someone well known and well established. In today’s column, I have somebody that you probably don’t know, and that’s okay because you’re going to know Vanessa Thompson. Vanessa is doing important research that will make a significant impact on how we teach STEM and how we get more young women and minorities into science professions.

Vanessa is an environmental economist at UC Berkeley. She’s worked on numerous policy initiatives, including organic farming, to help reduce carbon emissions. She’s worked with Jane Goodall’s National Youth Council and a NASA project called Omega with Dr. Jonathan Trent. She’s also worked with Google, the UN Foundation, the World Bank, and the Nature Conservancy. I sat down with Vanessa recently to discuss her work, and this is a portion of our interview.

Can you summarize the research that you are doing at Cal Berkely?

I’m at UC Berkeley with Dr. Daniel Kammen, who’s a Nobel Prize-Winning Author, Giao Bui and Dor Chavoinik and we are looking why women are in specific fields and solutions for increasing women in STEM subjects.

Today, there are more women in High School Advanced Place (AP) Biology, Chemistry, and Environmental Science exams than men. The ratio is two women for every one man on the AP Biology exam. Also, half of the medical school graduates are women, a previously unimaginable statistic. However, some STEM subjects like AP Physics, Computer Science, and Math still have a significant male dominance. There are five boys for every one girl in AP Physics.

This gender divide between women dominating in life sciences and men representing a majority in physics, computer science, and math, is what our research characterizes as the “Subject Segregated Pipeline.” The issue with Subject Segregation in regards to gender is that individuals are determining their interests based identity, not their capability to perform in the field.

Numerous researchers have suggested that women are not capable of understanding spatial subjects like physics as well as men; this is known as the “Spatial Argument.” New studies have found this false but discovered some reasoning behind why women have lower spatial scores than men. Dr. Zach Estes conducted a study in which women and men took spatial exams; women scored lower, but also didn’t finish the test. When he told the female participants that they had to attempt all problems, then they scored equally to men. Women were “opting out” of the spatial subjects even though they performed equally.

There are abundant theories for why the “Subject Segregation Pipeline” exists; however, I would like to focus on the solutions that are apparent from our research. I have five.

Language is vital to creating spaces of inclusion. The words we use can help build levels of comfort and a sense of belonging. The first and easiest step is using both female and male pronouns in sentences. For example, when saying, “If a physicist is choosing a project, he or she should….” vs. “if a physicist is choosing a project, he should….” Although it is a simple step, it can transform the confidence and level of performance of women when they are minorities in the field. In the book, Wired to Listen, Muffy Waterman, writes about how using gendered pronouns affects people’s behavior. In the study, school teachers were instructed to say “boys and girls” and another group of teachers were asked to refer to the class as “team.” Within two weeks, in the “boys and girls” group, boys and girls played separately and exhibited traditional norms of girls playing with dolls and boys running more and playing action-based games. In the group in which teachers said “team,” the boys and girls played together. If we want men and women working together, we need to say “team,” “group” as well as switching the pronouns of “she” and “he” evenly.

Identity with a profession is a crucial indicator if that person will stay in their field when they face barriers and discrimination. In a study by Deneen M. Hatmaker, women engineers were much more likely to continue their work when facing discrimination than women who were not engineers. What this showed is that identity plays a big part in success. How do people develop a professional identity? If you are an employer, allowing each person in a team to have, ownership over an aspect of a project enables people to differentiate themselves and have ownership over their role on the team. According to a study at George Washington University by Herman Aguinis and Young Hun Ji, giving women and girls more opportunities through scholarships and projects may be the best solution to overcoming the natural biases and factors of discrimination.

When an environment is familiar, we are more likely to take risks and build connections. For example, the Introduction to Data Science class at UC Berkeley is one of the most diverse courses on an already diverse campus. All the exam and practice problems deal with familiar contexts and apply technical knowledge to humanities-based issues. Questions about calculating averages may include finding the average movie ticket price or birth rate of different countries; most include a short story about the math problem to provide context.

Having fun while learning a new subject can make the environment less intimidating and more playful; making the context safe to innovate. Most people who have excelled in their field were introduced to that field through play as a child. Young engineers who do well academically were typically introduced to engineering with a Lego set or spending time fixing items with a mentor. Once they knew how fun and fascinating that field was, they then saw a reason to put in the long hours required to succeed. Thus, when introducing a new subject in classrooms or work, make the lesson fun and playful so those who naturally could excel in that topic find a reason to work hard and achieve.

Anything else that you hope to accomplish with the research and the paper you are publishing.

Our hope for this research is to provide actionable solutions that will increase women in STEM. Women are no longer a minority in STEM at the high school level. They are a minority in what our research group calls TEAM (Technology, Engineering, Applied Physics, and Math). We need to look at TEAM subjects and encourage team/collaborative project-based Learning. We also want to rebrand STEM into TEAM, which we believe would make a considerable impact on motivating young women and minorities to be more successful in these fields.

I look forward to seeing this paper when it comes out. We have to do better in this county in getting more women, minorities, and just more people into STEM fields. Our economy and our companies will be dependent on this pipeline of talent in the future.