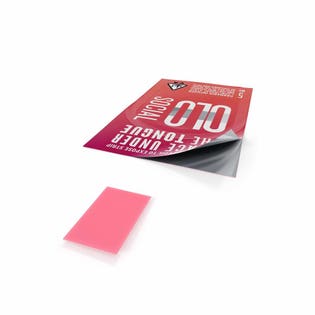 “OLO and QUID Market To The Canna-Curious and Canna-Cautious” | Written By: Julie Weed, Contributor / Forbes – Entrepreneurs

As a Harvard undergraduate student, Andrew Mack wrote his senior thesis on the price and demand fluctuations in the medical marijuana market and became interested in the future of that industry. In 2015 he launched his own cannabis product and brand development company Project Yosemite in California, focusing on an important trend he had identified in cannabis consumption. “People wanted to quickly get the effects of cannabis without inhaling it into their lungs,” he said.

Cannabis-infused edibles like brownies let people consume cannabis without smoking but the effects of the THC take some time to kick in. Smoking cannabis gives a more immediate high, but involves inhaling. Small THC-infused strips that dissolve under the tongue (called “sublinguals”) are the best of both consumption methods according to Mack, because they work quickly and don’t involve vaping or smoking.

There is enormous market opportunity outside traditional inhalable products according to a new cannabis retail report from Arcview Market Research and BDS Analytics . Products like lotions, edibles and sublinguals currently make up a small percentage of current spending, but “the price points commanded by those products is significantly higher,” according to the study. They are also gaining in popularity.

After two and a half years of research and development, Mack launched his first product line, OLO, in November 2018. OLO delivers small, cannabis-infused strips containing  5 or 10mg of THC that dissolve sublingually and release cannabinoids and terpenes into the bloodstream. The minty-flavored strips offer four “experiences,” labeled Active, Focus, Social, or Chill.

To make sure his products worked as advertised, Mack worked with a neuropharmacologist and a neuropsychologist from the SUNY college education system to create assessment protocols. Each product starts with a base of cannabis oil and then specific terpenes and cannabinoids are added to differentiate them. There are no other mood-affecting substances like caffeine or melatonin added.

OLO is now in more than 50 California stores, and sales of the product line, which reached almost $20K in September, are evenly split between the experience types. Currently a package of eight 10ml strips sells for about for $30 in the OLO line, and twelve 5mg strips sell for $23.

Pricing has been a challenge according to Mack. “Some dispensaries’ clientele don’t have as much disposable income,” he said, so the company created a lower priced line of products for those stores, called QUID, which launched in September 2019. QUID offers two 10mg experiences – a citrus-flavored Sativa strip that is marketed as “euphoric and energizing” and a berry-flavored Indica strip described as “mellow & relaxed.”

Mack said his products’ customer base includes the canna-curious who are thinking of trying the substance, people returning to cannabis after a few years away, and people substituting cannabis for alcohol.  All of these groups, “want to control the amount of THC they are getting, they want to feel the effects quickly, and they don’t want to smoke,” he said.

Mack’s biggest challenge has building awareness of the category. “Most people don’t know that sublingual products exist,” said Mack. “And if they don’t come in asking for them, the budtenders don’t know to recommend them.” Much of the company’s marketing activities are focused on getting the product in front of store employees, social medial influencers and press.

Mack said he has also received feedback that some consumers want to control their intake even more precisely so in early 2020 the company will introduce strips with 2.5mg of THC in each.

Plans are also in place for the company go beyond the sublingual category. Mack is looking for ways to more effectively deliver therapeutic effects of salves and lotions and is working to find the best methods to make that happen.