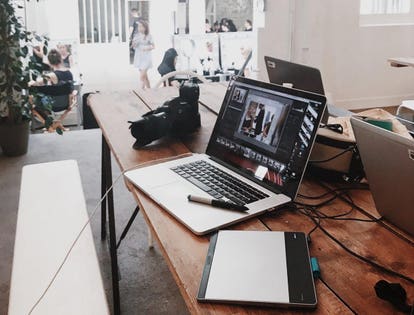 In recent years, open-plan office spaces became a trend that businesses were quickly jumping on. Many large corporations redid their office design just to accommodate the newly desired open work spaces. I experienced this first hand when a corporation I was working for introduced their plans to overhaul our office into an open concept. I knew immediately that it wasn’t a good idea and would not work well. Not only because of the negative reaction of majority of employees, but also because having less structure in any shape or form seemed to be a step in the wrong direction in an already bureaucratic and at times, unorganized work environment.

Today, studies show that these open work spaces have the opposite effect they were meant to, and actually reduce productivity and lower employee morale.

Zach and Sam Dunn, twin brothers who founded Robin, a Boston-based SaaS workplace scheduling and management platform, share why the open architectural concept hasn’t been working. The company recently raised $20 million in a Series B round, and is solving the issues that arise in open-plan offices using data and technology.

Rather than increasing face-to-face conversations and promoting collaboration, open spaces appear to trigger a natural human response to socially withdraw from team members – the exact opposite result the architectural changes were supposed to produce.

The study suggests that employees don’t feel they can speak out loud in open offices because being in such close proximity, they would distract their colleagues. Instead, employees stay tethered to their workstations and resort to chatting online.

“With or without improved workplace design, increasing in-person interaction by inspiring movement throughout the workplace is key. By suggesting different spaces for different kinds of work, our tool helps create more social collisions throughout the day,” says Sam Dunn. With office maps, interactive calendars and maps to find the right meeting spaces quickly, the platform makes scheduling and meeting with team members more efficient.

Many privacy complaints come from generations accustomed to cubicles and private offices. Often times, a distaste for open office layouts is due to personal preference and a refusal to evolve. However, other complaints stem from employees not having enough private spaces to work in throughout their office or simply wanting the privacy to make personal phone calls from time to time – a simple necessity for any employee.

“Personal phone calls aside, we find many people say ‘privacy’ when they mean ‘control over my environment’. Helping employees easily find and book space in their workplace for focus time, private phone calls, and collaborative meetings is critical and can relieve much of the social anxiety around not knowing where to go or understanding if a space is truly available,” says Zach Dunn.

31% of employees in open offices say they hold back their true thoughts and opinions while on calls in the office because they don’t want co-workers to hear and judge them. Large companies already struggle with employees speaking up or voicing their concerns when they disagree with others on projects or initiatives. Giving employees yet another reason not to voice opinions is definitely a step backwards, not only for employee engagement but also for being innovative.

1 in 3 workers feel distractions and noise from open work spaces hinder their productivity, while 1 in 6 say it hinders creativity as well.

1 in 8 (13%) of open office workers in the U.S. feel that their company’s office layout has pushed them to consider leaving their job and feel resentful towards more senior staff with private offices.

Nowadays, a company’s most valuable asset is its people. Nonetheless, companies tend to experience attrition when their workplace doesn’t reflect an investment in their employees. Offices can be very stressful places – without adding the stress of a poorly designed office that doesn’t allow for employee interaction or any private space. Job satisfaction plummets when companies default to a one-size-fits-all approach and don’t justify the choices behind who uses a desk and who doesn’t, for example.

“Our goal is to make employees feel like they have more power over their workplace. This power comes from increased visibility and control over their own office. Unless employees have a solid understanding of the resources available to them and how to access them, the workplace can feel like a limiting space. Whether it’s someone’s first day or their fifth anniversary at the company, unlocking the office should be as simple as looking at a map,” says Sam Dunn.