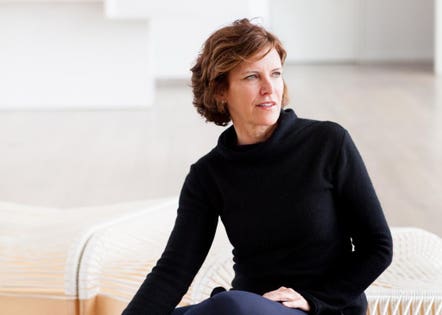 Serebral360° found a great read by Forbes – Entrepreneurs article, “’Pay Is The Ultimate Respect’: Architect Jeanne Gang On The Wage Gap And More.”

When thinking of the “titans of industry,” names like Andrew Carnegie and John D. Rockefeller typically come to mind. Since many of New York City’s most prominent buildings bear their names, and were constructed with the steel and machinery the innovators are famous for, it’s fitting that “titan” is the title awarded to architect Jeanne Gang in Time’s “100 Most Influential People of 2019” list.

Adding to their already extensive portfolio, the architect and her firm, Studio Gang, are currently working on an addition to the American Museum of Natural History in Manhattan, along with their first residential project in New York City, a 57-story condo at 11 Hoyt St. in Downtown Brooklyn. Also on Gang’s roster of accomplishments is Chicago’s 82-story Aqua Tower, the tallest building in the world ever designed by a woman. Though Gang said she is more interested in the science of architecture than feminist activism, she is somewhat of a champion for pay equity in the field, having published an op-ed last summer in the business magazine Fast Company in which she called on firms to balance salaries between their male and female employees.

I caught up with Gang to ask for her perspective on the progress women are making in her industry, and to gain some insight into her own artistic vision:

Rendering of 11 Hoyt in Brooklyn.

Heather Senison: You’re the most influential architect in the world this year, according to Time magazine. How does that make you feel?

Jeanne Gang: It makes me feel good that there is recognition of the work that I’m doing in terms of the profession, pay equity, the environment and the other things that I care a lot about. I’m glad to know that architecture is valued in the greater society.

HS: You’ve been vocal about the need for pay equity, how do you establish it in your own firm?

JG: We used these tools that they came out with in the [United Kingdom], finance tools that you use to assess your pay structure. It took a while, we had to look at everybody’s pay and also their bonuses. I also think it’s something you have to continuously do because it could get out of whack again. One reason it might go out of whack, if it’s true that men change jobs more, each time they change they’re kind of racking up their pay more. But it’s really great to have someone who stays with you, so why not reward that? The point I want to make is that pay is the ultimate respect, so I think it’s a really great and easy way for people to show that they value their staff equally, that there isn’t a bias. And it goes miles toward helping women get respect.

HS: Do you place the same value on paid family leave?

JG: We did a similar thing where we looked at what our field offers in terms maternity leave or sick leave or family leave and it was really meager, and so we doubled it and then we’re working toward constantly improving it. So yes we have a much better-than-average maternity policy, and family, I would say it’s both. You might have a sick parent that you have to care for and that’s not only women, that happens to everyone, and that’s what we’ve been working on. We did research and asked people what’s needed because we value the person and we want them to come back.

HS: According to the “2016 Women in Architecture” study from The Architectural Review, which polled 1,152 female architects globally, one in five surveyed wouldn’t recommend a career in architecture to other women, and 67% said the industry does not embrace their authority. What would you respond to these questions?

JG: At least half of all people in architecture school are women, and at my firm its evenly split. I would recommend a career in architecture because there are so many exciting things about the field. I love being an architect, I really do, so of course I’m going to recommend it to others. You get to be creative every day, you get to work with people that are learning, so you’re helping them develop their careers. You get to think about things that haven’t been done before and so you’re using the left and the right sides of your brain in a way that’s creative and it’s also problem solving. I can’t imagine doing anything else, I love what I do.

HS: Does the field respect the authority of women more than it used to?

JG: I think it’s moving in the right direction, yes. It has a ways to go, but if you want to talk about authority, look at how many women deans of architecture schools there are: Columbia, Yale, Rice [universities]. So I have a positive and a hopeful sense about it. Ultimately, everyone just wants to architects, not women or male architects, just architects. [Additionally,] one nice thing about architecture is we try to design things for everyone. You have to try to understand what it’s like to be someone who’s got a small child and they’re trying to get into the museum, or people with different abilities. It’s not just about me, we want to find out what the common needs are for everyone. What makes people feel good? How do you get people with different ideas in the same space?

HS: Let’s chat about your work for a minute. Since New York City is home to some of the most creative architecture in the world, did you feel pressure while designing 11 Hoyt?

JG: I wasn’t really thinking about other architects when I was designing it, I was really working with the area, the specific place in Brooklyn and how to make the building fit in with that. I was thinking about how it would look on the skyline there, what’s around the neighborhood and also how to work with that demographic, which is very diverse.

HS: How does the building stand out against that backdrop in New York City and also fit in with the neighborhood?

JG: One thing we’ve been working on is trying to make sure the design of tall buildings has some kind of benefit on the inside, it’s not just about the outside. If you’re going to live there, there should be something special for you. We thought, looking around in the neighborhood, the traditional houses in Brooklyn have these big bay windows where you can actually sit in the window and the window kind of is the architecture. So with this building I was really focused on creating depth in the facade. We created almost like an extra space in the depth of the window, it has a seat and when you get up close to your window, you experience being in that space between the inside and outside.

HS: Before we wrap up, I also want to discuss the American Museum of Natural History, one of my favorite places from my childhood. How are you making a modern addition fit with the original structure’s historical context?

JG: The American Museum of Natural History was built over a long period of time so there’s additions from every generation. It’s really a campus and a collection of buildings, so I felt that our responsibility was to be of our time. [The extension] is called the Richard Gilder Center for Science, Education, and Innovation, and our time in science is really about how all these things come together and how we use science to understand everything from the smallest microorganism to the largest galaxies. I felt too that our responsibility was to really get people excited about science and careers in science and to share in that feeling of discovery.