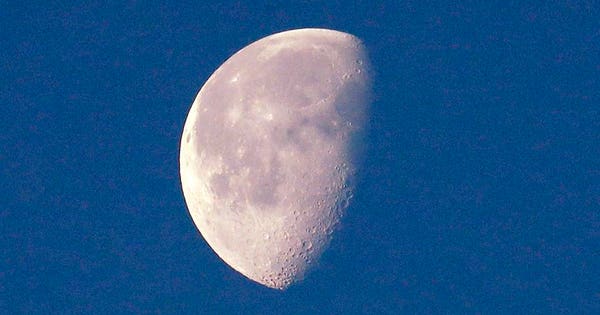 UK progressive rock band Pink Floyd created their 1973 masterpiece, Dark Side Of The Moon (DSOTM), in a manner befitting of the most savvy entrepreneur – their customers paid them while they rehearsed the material, while simultaneously giving them critical customer feedback.

DSOTM only reached #1 on the US charts for a single week, yet it remained in the Top 200 for more than 18 years. This success doesn’t take into account the millions of views on YouTube of unauthorized versions of the album (for instance, this post from August 2018 has over 1.7 million views).

Given the innovative manner in which the band created, polished and finalized their material in front of live audiences, it’s no surprise the album has stood the test of time. The band’s deep understanding of their customers, an uncompromising drive to create a quality product and the courage to ignore the music industry’s formulaic approach to producing hits, resulted in the creation one of the top selling non-compilation albums of all time. Entrepreneurs can learn a great deal from Pink Floyd’s approach to ensuring product-market fit.

Obtain Customer Feedback Before You Release Your Product – Musicians spend their entire youth writing songs and performing them in front of live audiences, which ensures that their initial album is validated by their fans before they enter the recording studio.

Unfortunately, successful musicians seldom have the luxury of market testing their subsequent albums. Instead of refining their material based on customer feedback, they are often lock away in a recording studio, isolated from their fans. Thus, it is no surprise that many bands suffer the sophomore jinx, in which their second album fails to achieve the success of their initial release.

Pink Floyd recorded DSOTM after a year of writing and performing the material in front of live audiences. This audience feedback allowed the band to iteratively modify their creation.

Lesson: Avoid the sophomore jinx with your product launches by continuing to seek market validation, despite your initial success.

Get Paid To Create Your Product – Pink Floyd persuaded their fans to compensate them as they created their new material, performing the ever-evolving DSOTM material for paying audiences before they recorded a single note.

Lesson: Wily startups also devise creative ways to secure funding from their customers, rather than from investors. This is sometimes done in the form of providing consulting services, which gives a venture the opportunity to build tools they can later productize, while generating near-term cash flow.

Passion Pivot – Pink Floyd was redefining its musical direction at the time the band recorded DSOTM. Several years prior, the band’s leader, Syd Barrett, experienced a drug aggravated mental breakdown and left the band. Prior to his departure, Syd had written and sung most of the band’s material.

Some musicians would have felt pressure to record hit singles. In contrast, Pink Floyd followed their passion and created long-form, unified musical pieces they wanted to hear, rather than the pithy, three-minute singles demanded by their label’s executives.

Lesson: Startups should pursue opportunities which ignite their passions, rather than solving problems identified by investors and other so-called experts.

Respect Your Customers – Though DSOTM’s themes of mortality, insanity, greed and aggression are not common in mass-market music, the band respected their audience’s intelligence and trusted that they would “get it.”

Lesson: Respect for your customers’ opinions comes naturally when you can efficiently gather and evaluate their unfiltered feedback.

Levity – There was a risk that the band’s audience might have rejected DSOTM’s melancholy themes. Pink Floyd averted this possibility by injecting humorous spoken responses to a series of interview questions throughout the album, such as; “I don’t know I was really drunk at the time” and “I am not frightened of dying. Any time will do.” The working-class grammar of these lighthearted phrases underscored that the band was not taking itself too seriously.

Lesson: Startups should judiciously use humor as a self-deprecating tool to establish an authentic rapport with their customers.

Quality Over Hype – Paul and Linda McCartney were interviewed by the band for potential inclusion on the album. Even though including a former Beatle on DSOTM would have generated significant media interest, the band chose to not include Paul and Linda’s comments on the album because they were, “trying too hard to be funny.” Pink Floyd’s refusal to compromise DSOTM’s quality in exchange for a short-term public relations boost proved to be a bold and artistically appropriate choice.

Lesson: Startups are often faced with similar PR opportunities, which offer short-term rewards but may hamstring the venture in the long term. Entrepreneurs should always err on the side of long-term gain.

Entrepreneurs should unabashedly copy Pink Floyd’s simple, yet effective market validation strategies. Creating your product based on your target market’s reactions at every stage of the development process enables you to make bold choices with confidence, even when such decisions seem to defy conventional wisdom.