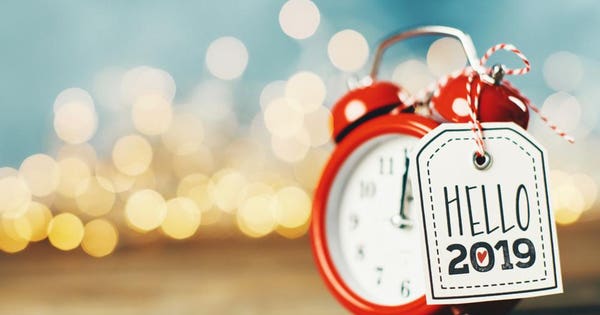 Serebral360° found a great read by Forbes – Entrepreneurs article, “PropTech VCs Share Their Thoughts On 2018 and Expectations For 2019.”

2018 has been a great year for PropTech. The sector has not yet reached the levels of adoption that insiders hope for, as I discussed in my start-up predictions piece last week; however interest in real estate technologies has mushroomed, and investment has also followed suit. In 2017, global venture investments into PropTech amounted to over $ 12 billon and a series of mammoth investments by major players coupled with growing excitement for the space point to 2018 easily surpassing that figure.

In light of the ever-growing importance of venture investment in the space, I decided to ask five PropTech VCs working in the US, UK, and continental Europe to share their thoughts on the past 12 months, and their expectations for 2019. They are:

Taylor Wescoatt, founder of Concrete, a London-based proptech venture platform which was founded to meet the growing need for seed and Series A investments, with a focus on disruptive property technology;

This is what they had to say.

Looking back at 2018, was it a good year? Did it meet your expectations at the start of the year?

The answer was a resounding ‘yes!’ all around. All the VCs agree that 2018 was a banner year both in terms of investments, small and large, and of the number of milestone exits. Softbank continued to validate the sector in 2018 with big bets on the likes of WeWork, Reonomy, OpenDoor, Compass, and Oyo. Awareness of PropTech as one of the fastest growing tech sub-sectors is increasing as investors start to get a sense for the magnitude of its disruption potential. The industry kept the momentum from 2017 going in 2018 and, according to the MetaProp Mid-Year 2018 Global PropTech Confidence Index, 96 percent of investors are planning to make either the same number or more PropTech investments in the next 12 months.

Shaefer told me that his “portfolio companies such as Nested or Habito in the UK as well as Triplemint and TheGuarantors in the US continue to outperform, outlining their position as true innovators and category leaders. We’ve also made some new investments which we are very excited about – most notably Domio and Properly.”

According to Helm, “it was a good year for RET Ventures. Our first investment fund, RET Ventures’ Fund I, exceeded its target with $108mm raised from almost exclusively owners and operators of multifamily and single-family rentals accounting for almost 1 million units throughout North America.”

Butt said that Pi Labs “had portfolio companies such as Trussle raise a big Series B round, and a few other companies close Series A rounds.  Later stage rounds are a sign that the proptech ecosystem is maturing, and we would like to see more of this happening.”

What do you think were the biggest wins and the greatest disappointments of 2018?

In terms of wins for 2018, the investors all cited the booming PropTech landscape as the biggest success story, with Block highlighting the large financing and M&A transactions (led by CoStar, WeWork, JLL, MRI, Silverlake, etc.) that were major wins for both the companies involved and the broader market.  According to Helm, the real estate industry has shown a strong interest in adopting new technologies that enhance the experience of owners, operators, and residents, with a particular focus on smart apartment technology.

On the topic of disappointments, Emoov’s demise, which I’ve covered twice in this column (you can read those articles here and here), was on the list for both Block and Butt. Wescoatt expected blockchain to deliver more than just cryptocurrencies this year and was disappointed. Schaefer considers the prevailing gap between the tech and VC ecosystem on the one hand, and the ‘traditional’ real estate world on the other to be the prevailing challenge for this year and beyond. He said that “real asset allocations globally are increasing; however, the underlying operating systems and processes in real estate have largely remained unchanged, giving rise to tremendous value-add potential for the benefit of the entire real estate stakeholders universe including investors, managers, intermediaries, and occupiers.” Helm seconded him, stating that “the multifamily industry is still suffering from a slow sales cycle and, consequently, slow adoption cycles for promising new technologies. While large amounts of venture capital have flowed into rent tech, it has been concentrated into just a few verticals. As a result, many verticals that owners and operators care about are being overlooked.”

What do you think the PropTech investment landscape will look like in 2019?

All the VCs concur that 2019 will bring continued PropTech investment growth, with more deals done and more capital deployed. They all pointed to real estate incumbents creating proprietary investment funds to deploy their digital strategy as the trend to watch.

Helm also thinks there will be a rise in proptech-focused funds like his, while Schaefer pointed out that with more money entering the market, so-called ‘triple-A’ founders will be able to pick and choose their investors, not vice versa. Block echoed that thought when saying that “many PropTech winners will pull away thanks to founding teams that have fundraising and debt/equity capital accessibility advantages.”

Butt believes that “in 2019 we’ll see more US funds and strategic investors investing in British and European proptech start-ups”, and that as the market grows it will become more challenging for investors and founders to make the perfect match. He also thinks that as more start-ups enter the proptech sector, there will be a weeding out of low-quality, under-performing start-ups that are not well capitalized or have sub-optimal teams.

It’s also important to note that we’re currently at the top of the economic and venture cycle.  The favorable economic and venture funding climate has made it possible for many tech-enabled real estate solutions to trade at SaaS-level company valuations despite clear evidence that these are not SaaS companies. In many cases, they are asset light real estate companies leveraging technology. As the economy turns, these valuations will come down to their natural levels.

What sectors of the real estate market do you think are the ones to watch (in terms of proptech) for 2019? What types of tech?

The five investors gave a range of answers to this question.

Wescoatt thinks that FM is crying out for a champion. “We’ve seen WeWork’s latest news, but some of the big players like Mitie will need to take a position on how they’ll move toward value creation. Sensors and smart buildings will start to show some winners.”

Block told me that he “loves construction tech right now.  There is so much room for improvement in operations, materials, safety, financing, and more.”

Helm thinks that “first and foremost, there will be an increase in the number and quality of entrepreneurs that are attracted to rent tech that will yield more high-quality companies and ground-breaking products in the space.” RET is particularly excited about home automation and amenities services that provide multifamily owners and managers with simple solutions to complicated tenant experience problems. Robust point solutions will continue to emerge within rent tech and PropTech but there will soon be a need to stitch all of the current solutions together to create a seamless resident experience.

Schaefer is excited about B2B solutions across the real estate construction, management, and investment verticals. He is seeing a clear trend towards B2B across the real estate value chain, in particular, institutional and commercial real estate investment, development and management. He also thinks that “we will probably also witness more companies emerging in the early part of the real estate value chain, in particular around planning and project management. This also includes construction tech where there are exciting new models looking to consolidate the supply chain for building materials, for instance.”

Butt reckons that there still are plenty of opportunities for new start-ups to address the challenge that millennials have in getting on the housing ladder and owning physical assets. “I think there will be some interesting ideas on how new start-ups that sit at the intersection of FinTech and PropTech can help solve this problem.”

Wescoatt would like to see the FAANG companies at Proptech conferences, and hopes the industry will cross the $ 20 billion mark in Venture Capital deployed!

Block hopes that “the frequently laggard US real estate industry continues to invest in innovation and to take queues from peers in Europe and Asia.” For MetaProp, he hopes that they can continue to increase their lead in the early stage PropTech VC space and deepen their ability to support these great entrepreneurs as their businesses evolve and mature.

Helm hopes to continue to see the multifamily industry adopt new technologies. He believes this will create efficiencies for RET’s LPs, a better experience for residents, success for their portfolio companies, and outsized returns for the fund and its LPs.

Shaefer told me that Loric has pretty specific ambitions for 2019, revolving around quality deal flow, growing portfolio performance and driving strategic initiatives in the European PropTech space. He also wishes that “in 2019, real estate investors and asset managers across Europe will continue to embrace the PropTech momentum through more direct investments and strategic partnerships.”

Butt’s wish is to seethe PropTech sector continue to mature, signals for which are meaningful, later stage raises, as well as exits. “The past few years have seen ample seed stage financings for new start-ups. What I would like to see more of in 2019 is big Series A and B rounds for many of the start-ups that raised seed funding in 2016-18.  I would like to see successful examples of companies taking their business model to other markets outside the UK, to show others what a successful global roll-out looks like operationally.  And finally, I would like to see some successful exits, as the ecosystem will learn from a cradle-to-grave, inception-to-exit success story.”

2018 is swiftly drawing to its close, and it is clear that 2019 will be another banner year for PropTech. I can’t wait to see what it has in store for the sector and for the real estate industry in general!