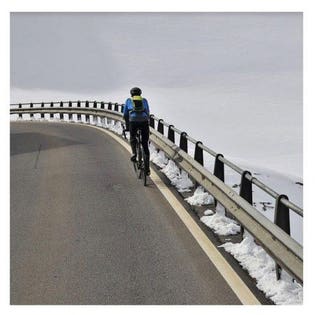 Serebral360° found a great read by Forbes – Entrepreneurs article, “Purpose Beyond Profit: What Culture-Driven Leaders Know That Everyone Else Is Missing.”

Why does your organization exist? To make a profit, sure. That could be said of every other company on the planet. But what are the deeper reasons for its existence? What, other than competing for market share or aiming to provide the biggest return to investors and shareholders, is driving the business forward? What is at the heart of the business? What are you doing this for?

These questions are at the forefront of many leaders’ minds nowadays, particularly culture-driven leaders. The old understanding of “profit as purpose” is dying because the pursuit of profit alone is not enough. Jim Barksdale, the former CEO of Netscape, once remarked that, “Saying that the purpose of a company is to make money is like saying that the purpose of being alive is to breathe.” Breathing is of course fundamental and instrumental but is not a reason for existing.

Purpose matters. But why?

Several complex and interlinked factors have contributed to the increasing emphasis and non-negotiability of clarifying and then operating by your company’s purpose. Here are four contributing factors.

A myriad of studies confirm that there is a collective push towards purpose and how important it is for companies to get it right. For example:

It’s not all about profit

In other words, companies that struggle to answer the purpose question, or that only answer it in terms of hard metrics – profit, market share, shareholder returns and so on – are more likely to encounter a variety of difficulties: lower engagement, higher turnover and an uninspiring culture, to name just three unwanted consequences. Interestingly, research suggests that it doesn’t matter if a company has prestige, market dominance or great potential for growth. If it doesn’t offer meaningful work or isn’t values-driven and supportive, people will coast at best and leave at worst.

On the contrary, companies that have a clear sense of purpose beyond just making a profit see a reduced risk in turnover (as much as 24%, one study suggests), higher levels of engagement, and deeper engagement. Jim Stengel and Millward Brown conducted a 10-year research project looking at the 50 fastest growing company brands which built the deepest relationships with customers and achieved the greatest financial growth from 2001-2011. The study clearly demonstrates the relationship between a company’s ability to serve a higher purpose and its financial performance. Investment in the Stengel 50 over the past ten years would have been 400% more profitable than an investment in the S&P 500. So there is a clear business case for it in the starkest economical terms. Thinking more holistically, these companies also can make a positive dent in the universe at a time in human history when we are facing a multitude of complex and urgent issues.

So, what can companies do to become purposeful beyond the pursuit of profit? Here are three starting points for culture-conscious companies.

Start with why – and start at the top: Simon Sinek’s book and immensely popular TED talk have imprinted this three-word phrase onto people’s minds. Invest time and effort into articulating why your company exists. What mission are you here to fulfil? What is your reason for existing? It might not be enough to do this work, however, unless your leaders are fully on board. The trickle-down effect is real. Although challenging, it also provides a clear non-negotiable: to lead here, you must be on board with the company’s values and reason for being.

Get clear on – and then live – your values: If your values are simply on a poster on the wall but are not a living, breathing part of the culture, then something is off. Values provide an anchor and a compass in culture-driven companies and feed into how you execute on your purpose..

Explore these questions: What is our core focus? What difference do we want to make in the world? How can we connect our individual employee’s sense of purpose to our collective organizational purpose? What is non-negotiable?

A great purpose is aspirational and often unachievable. It is a “North Star” that focuses and motivates the team while working with the values as a framework for decision making. The bottom line is clear: creating meaningful work for people in a company that is focused on more than “just” making money has no downsides.